In the light of the victory won against Islamic rebel fighters in Marawi and the recent extension of the Martial Law in the city for another year, Vivo Philippines has been extending their support in more ways than one. Just in time for Christmas, the 5th biggest global smartphone brand launched a special Christmas video in honor of the brave soldiers who risked their lives in the conflict in Marawi. The touching video, which captured the hearts of many, depicts a touching story of a widow, her children, and a husband and father they lost in the Marawi conflict and the people who reached out to them to return the priceless favor. 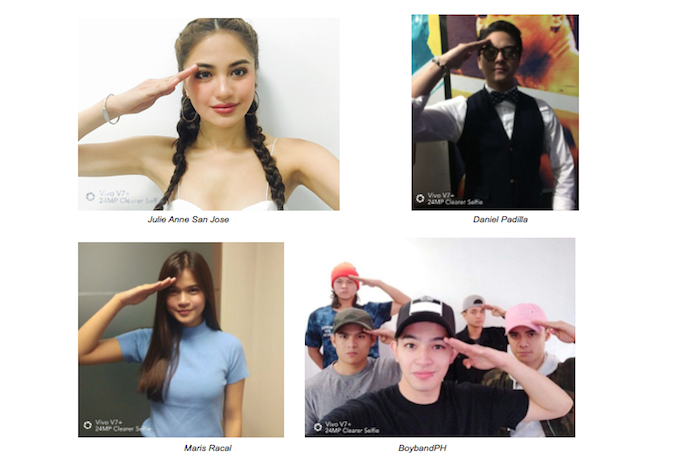 Vivo Philippines also paid the wounded soldiers of Marawi a visit during a special outreach affair at the Armed Forces of the Philippines (AFP) Hospital last December 17 to interact with and personally thank the freedom fighters. Vivo’s brand endorsers Jason Dy, KZ Tandingan, Darren Espanto, and Kisses Delavin joined in on the affair to give encouragement and empowerment to the soldiers.

Daniel Padilla, in her post of support said, “This Christmas, I would like to extend my #SelfieSalute to all the brave soldiers who fought for our freedom.” “Hey super fans!” members of hot all-male group Boyband PH posted on their respective Instagram accounts, “Let us all do a #SelfieSalute for all our brave soldiers who made this year’s Christmas peaceful.” Soul singer Julie Anne San Jose also posted her own selfie salute for the Marawi soldiers. On the post she said, “I am sending my #SelfieSalute to our brave soldiers who fought for our freedom and peace!” Other Vivo brand endorsers Sue Ramirez, Jason Dy, love team Inigo Pascual and Maris Racal also poster their own selfie salute in support. All of the influencers made sure to also encourage their fans to also post their own selfie salute as a sign of support to the soldiers.

Thanks to the call for support by the key influencers of Vivo, hundreds of fans shared their own selfie salute which were shared to the soldiers during Vivo Philippines’ Marawi soldiers outreach affair at the AFP hospital.