1) To a weekend of SHOPPING! 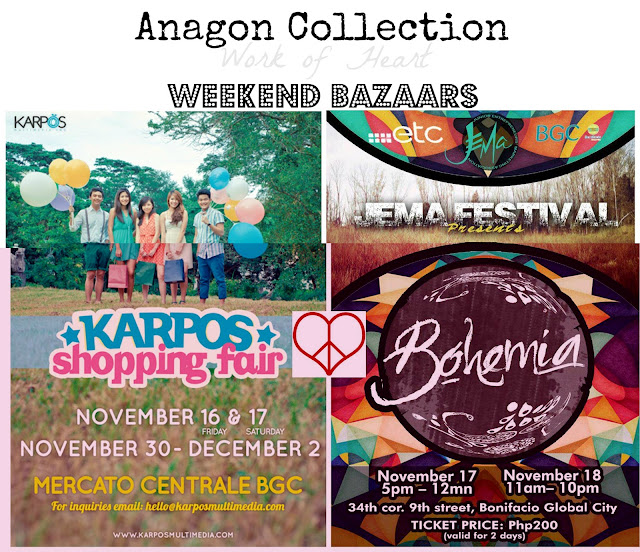 Who wouldn't want to try the product first before buying them?
Sample Room is her to give you that option!

3) To a night of pure entertainment with Teatro Tomasino! 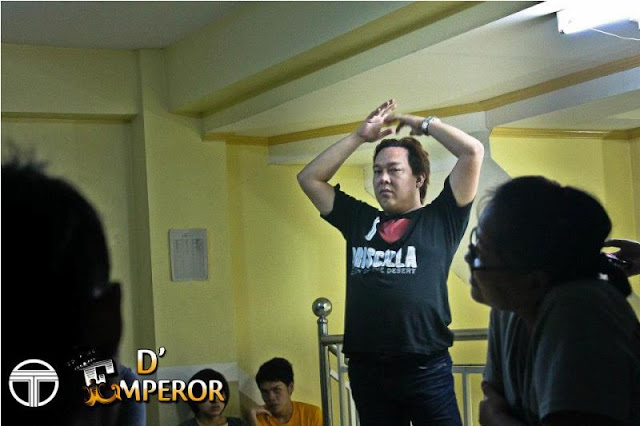 "D’Emperor” was written by 5-time Palanca winner George De Jesus III, adapted from the short tale “The Emperor’s New Clothes” by Hans Christian Andersen. “D’Emperor” is a satirical portrayal of a fashion magnate whose obsession over senseless extravagant fashion is taking its toll on his fashion house, especially when two seemingly sketchy, up-and-coming fashion designers promise the Emperor a new outfit which they say is invisible to those unworthy of their current positions.

Interested yet? Here are the show's schedules and other details: 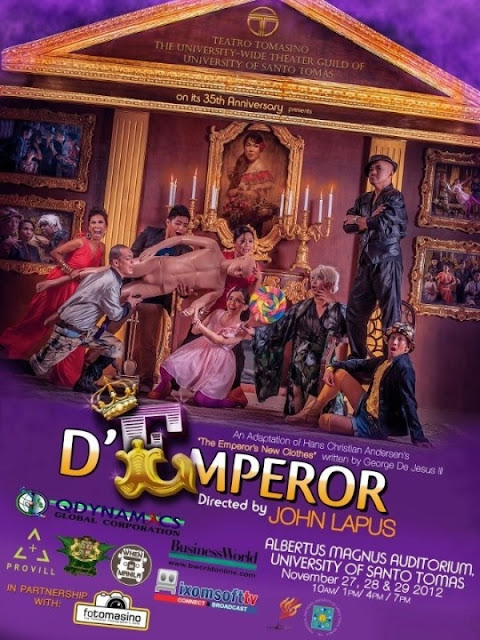 4) To the biggest BAZAAR in the Metro!

In celebrating their tradition of promoting and organizing world-class events, Worldbex Services International (WSI), in cooperation with ABS CBN, brings you the 12th World Bazaar Festival! The year’s longest and grandest Christmas charity bazaar’s back from December 7 to 23, at the World Trade Center – Metro Manila. Drop in from Mon to Thurs – 12nn to 10pm and Fri to Sun 10am to 12mn for the opportunity to experience full blast shopping while being entertained by different shows and attractions provided by ABS-CBN talents live on stage!

Also, for this year's World Bazaar Festival, BLOGGERS UNITED joins the fun!
The big bloggers bazaar is now a TWO-DAY EVENT, so visit us guys from December 15-16!

5) To the 12th WORLD BAZAAR FESTIVAL! 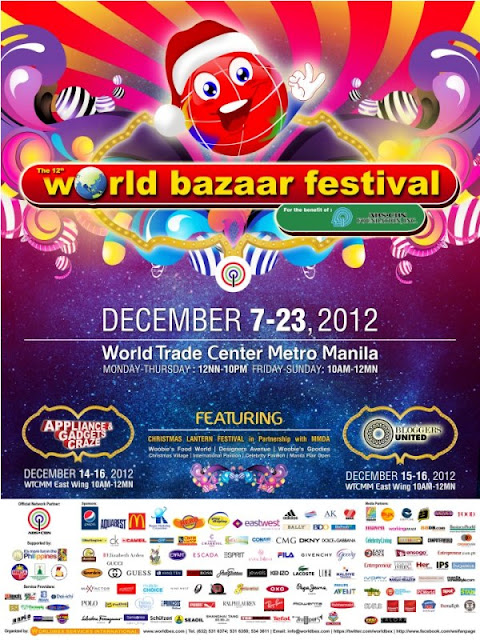