Last night was a blast! As if the night will never end. Although I noticed some people tired already, and first band palang ang natapos! Hindi ko alam if it's the slow transition from one band to next, or Monday Blues lang, or the 90s Kids are just--well--not kids anymore and are dealing with tiredness na from a long day of work. Nonetheless, super memorable experience again with the gang! :) My favorite "concert moment", most prob, was during Sugar Ray's paandar showdown where they randomly picked 2 men from the audience to "karaoke" with them. Nagising ang crowd! They played two random songs, and the contestants were so game and spontaneous kahit Gangnam pa yang tugtog. An opportunity to sing in Araneta, for crying out loud!!! Lol.

Other than that, I got goosebumps during When It's Over--vocalist Mark McGrath explained this old hit as a song he wrote for his teenage unconditional love for a girl who didn't showed up in a concert they were supposed to watch together!

Mark: "But I'm over this! It was 30 years ago!!!" Haha. I realized how powerful young love and heartbreaks can be, to produce so much good art, especially songs, drawing inspiration from something RAW and pure. Hay.

Anyhooo! Hoping for another night that won't end--and this time, thanks to Nuffnang Philippines, positive vibes all the way with ONE REPUBLIC concert this November 6! 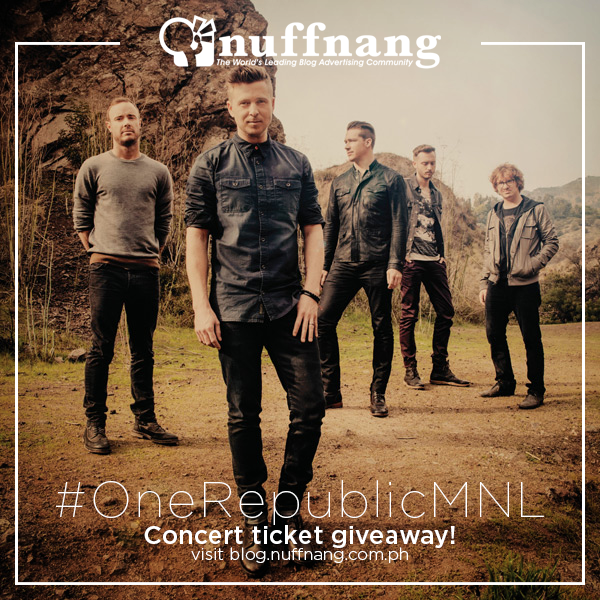 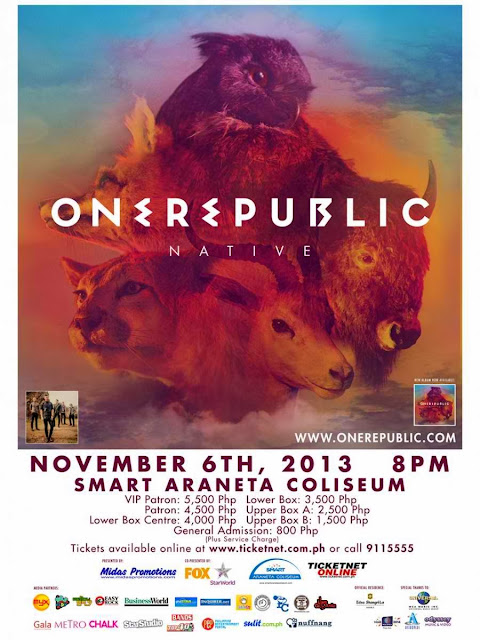 According to the band, the album Native"has to literally be the best thing we've ever done" (source), that's why I really want to watch If I Lose Myself, Feel Again, Counting Stars, Life in Color, and Good Life live! And with the gang! :) I want another "night that never ends" with them, before the year ends!
Btw, 12 lucky NUFFNANGERS will get a chance to win One Republic concert tickets! Click HERE :)