on December 14, 2013
Red Hot Chili Peppers and Empire of the Sun Headlining Philippine Based Festival 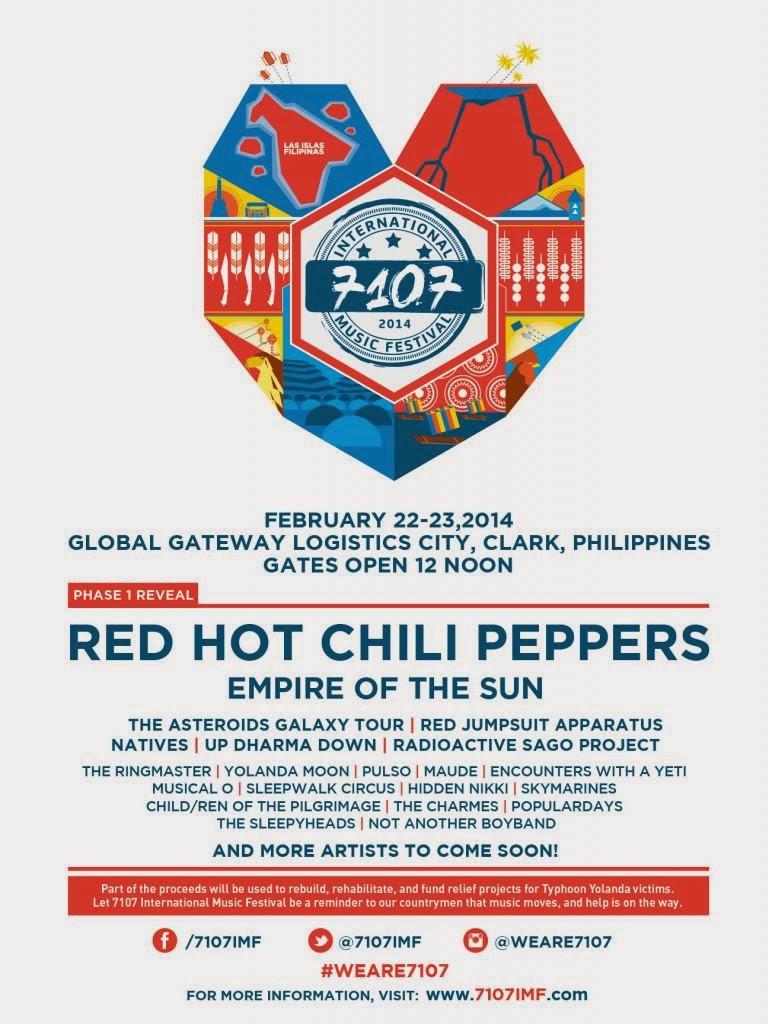 7107 International Music Festival, the premier two-day concert destination hosting the world’s most beloved and influential musical acts, have confirmed their lineup to include legendary headliners Red Hot Chili Peppers and Empire of the Sun, as well as Red Jumpsuit Apparatus, The Galaxy Asteroid Tour, Natives and many more. The highly anticipated outdoor event will present an unparalleled global gathering through music with a takeover at the historic Clark Base outside of Manila Feb. 22 -23, and is slated to attract more than 20,000 concertgoers across Asia.

The first music festival of its kind to launch in the Philippines, 7107 IMF (which stands for the number of Philippine archipelagos) will bridge international and local artists, bands and DJs to create a unique lineup of talent in different avenues of music. This year’s lineup features The Red Hot Chili Peppers, Empire of the Sun, Red Jumpsuit Apparatus, The Galaxy Asteroid Tour, Natives, Up Dharma Down, Yolanda Moon, Pulso, Radioactive Sago Project and many more.

Other highlights of the two-day event will also include art installations, food and liquor vendors and complimentary shuttle service with participating local hotels. Additionally, 7107 IMF will donate a portion of the sales to help rebuild, rehabilitate and fund relief projects for victims affected by Typhoon Yolanda.