Other than the Internet, I miss watching movies and TV series. These are my favorite things to do before-bed. I miss it even more after attending Sharp's newest 8K Resolution TV called the Aquos XU Series. 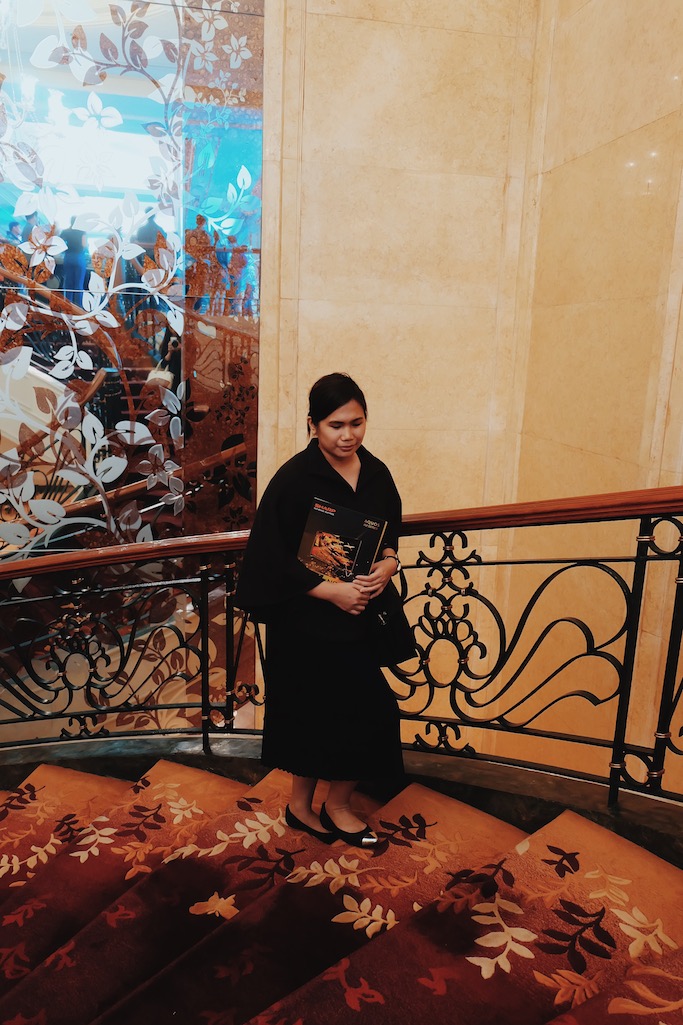 The launch was held at the Shangri-La Hotel Makati's Rizal Ballroom. Everything's fancy and visually enticing. Aside from media and bloggers, the event was also attended by dealers and VIPs from Sharp Philippines: 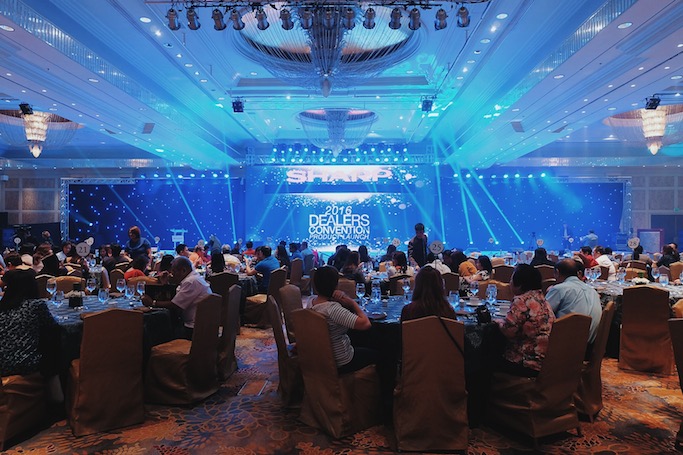 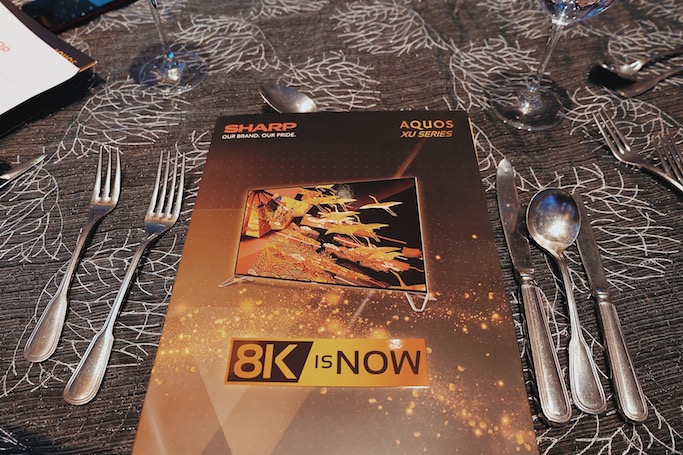 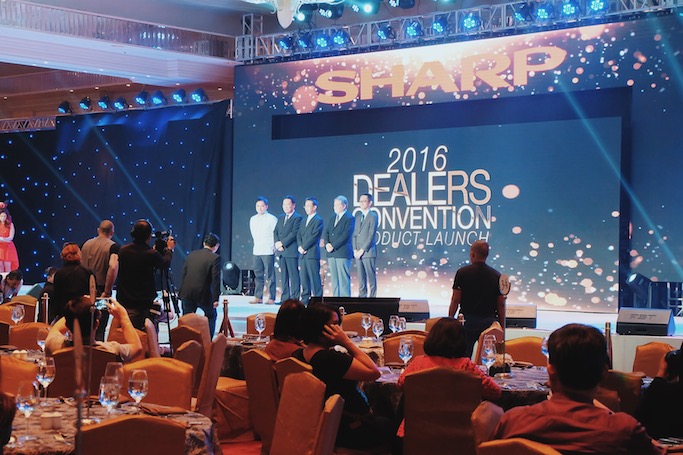 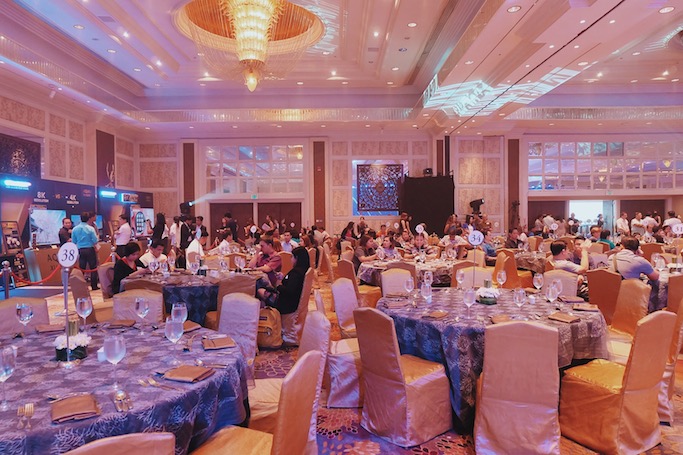 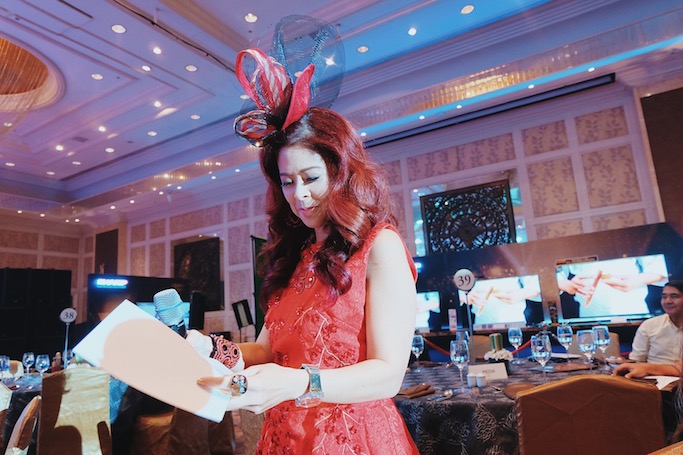 Now about the Sharp Aquos XU Series, the 8K Resolution is a world's first!
This new television technology promises:

1) No visible dots on screen
2) Fascinating details (The Aquos XU Series has 7680x4320 pixels, or 66 million subpixels)
3) Almost lifelike that you can mistake it for the real thing!

With bold colors, this actually looks like a picture frame to me, haha! 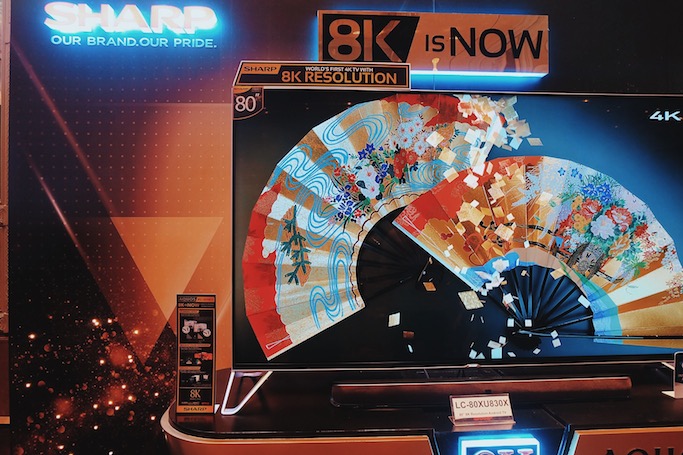 The Sharp Aquos XU Series is available in different sizes, 80" as the biggest. 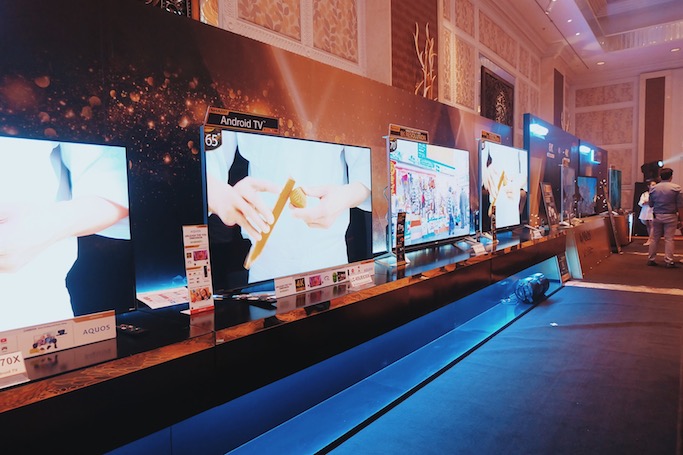 I'm thinking of starting my Game Of Thrones marathon to catch up with my sisters. Or the current Koreanovela craze Descendants of the Sun. What are your other recommended series? 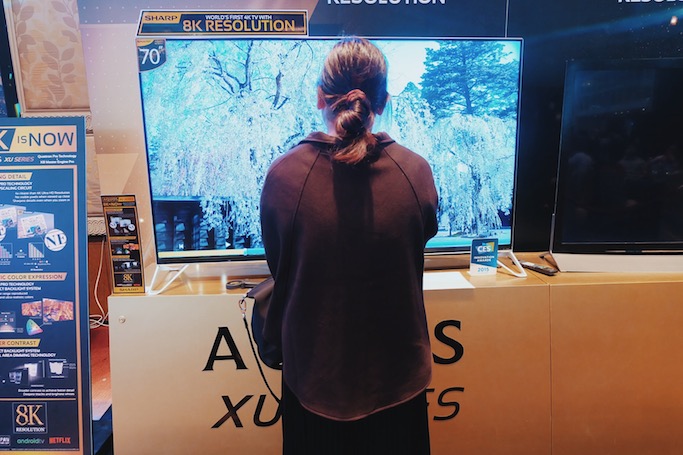 Check out the detail of these cherry blossom trees with the 70" 8K Resolution Sharp Aquos TV: 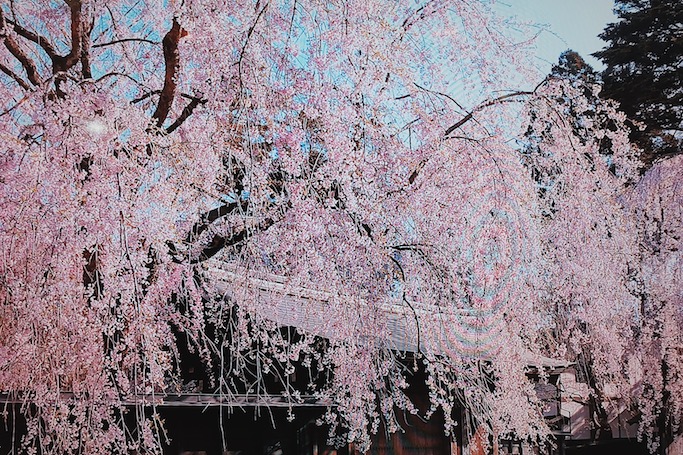 Another amazing feature as demonstrated by KC Montero: With the Android capabilities of these television sets, you can also access Google Play Store, Google Cast, search via Google, play games, and watch Youtube videos and Netflix with the built-in WiFi of the Sharp Aquos XU Series! 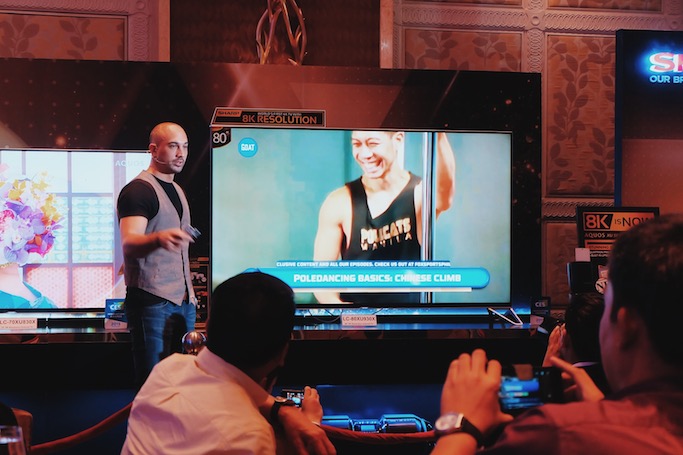 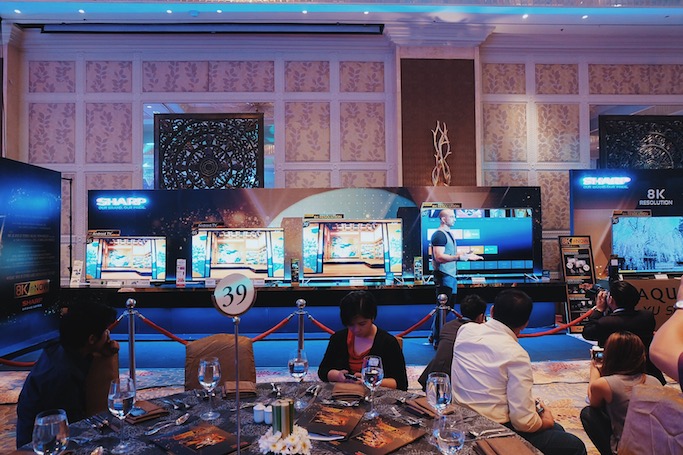 Even the remote control is high tech! Touchpad and slide bar for easy navigation, plus a Google Voice Seach feature for quicker access on Youtube or Netflix. 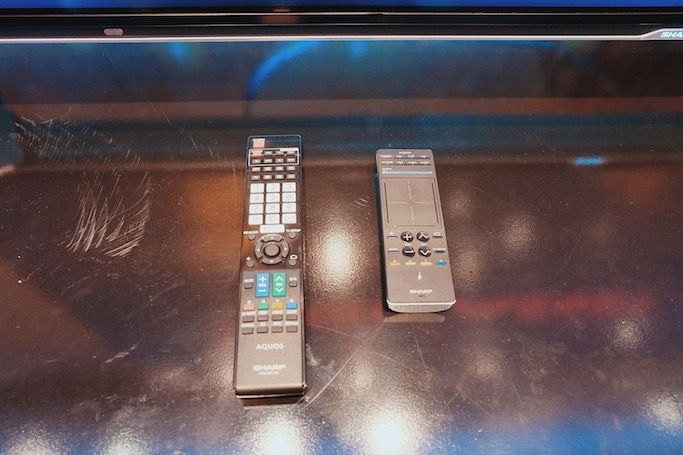 The Sharp Aquos XU Series also boasts of its ultra posh design. It features sleek, aluminum metal frame, stylish loop stand, and is very much lightweight. As for the price, the XU series is available in 70" at Php 350,000 and in 80" at Php 500,000. A bit steep for me, so I can only dream for now, hehehe.

The Sharp AQUOS XU Series is now available in all leading appliance stores nationwide. For more information and updates, visit www.sharp.ph, or like Sharp Philippines on FACEBOOK and Instagram @Sharp.PH.