As Manila Hotel celebrates its centennial anniversary this year, the Grand Dame will host a grand fashion show featuring the creations of Francis Libiran. 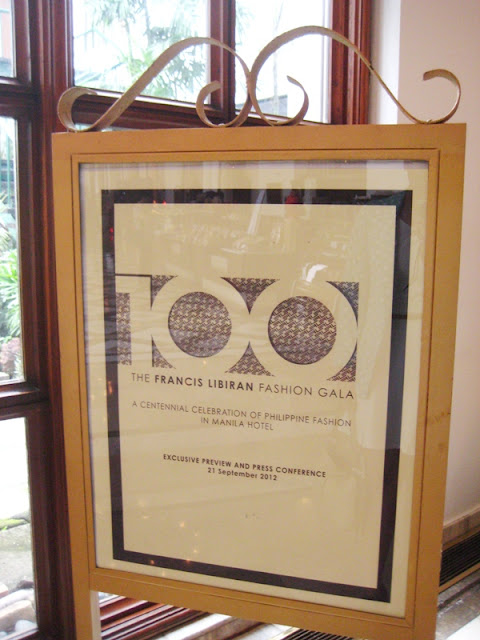 Dubbed as 100: The Francis Libiran Fashion Gala, this 70-piece collection is a tribute to the evolution of Philippine fashion as it unfolds at Manila Hotel. 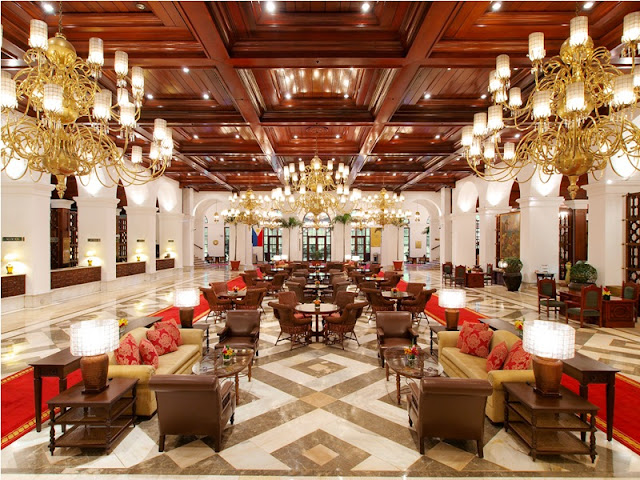 On September 28, the Manila Hotel will again set the stage for a fashion genius whose talent is recognized both in the local and international fashion scene. Designer Francis Libiran is inspired by fashion of the times at Manila Hotel, where designers Ramon Valera, Pitoy Moreno, Ben Farrales, Ceasar Gaupo, Auggie Cordero, Patis Tesoro, and Inno Sotto exhibited their creations with fashion shows at the Hotel.

Went to the press preview a few days ago, and had lunch in the Manila Hotel Champagne Room: 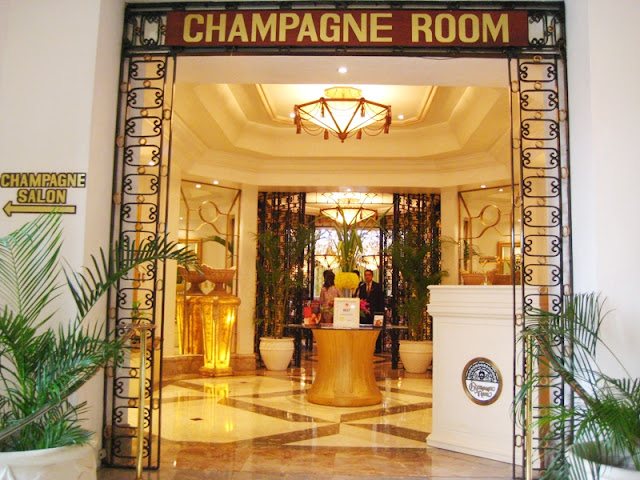 I am in love with this hall! 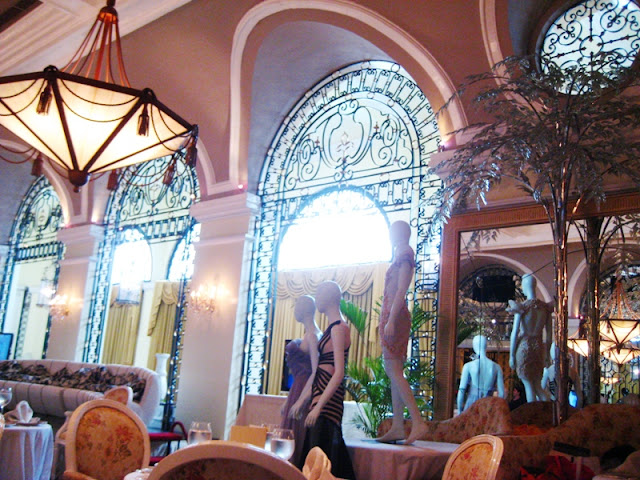 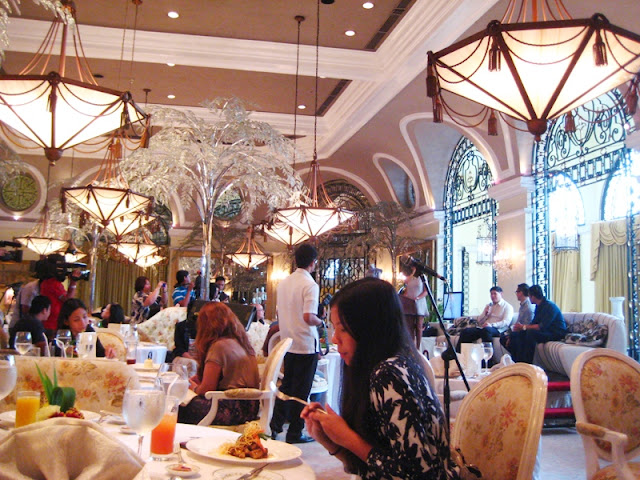 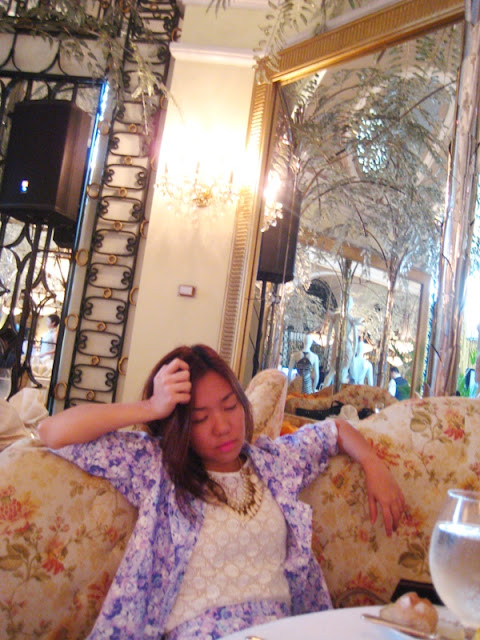 What we had: The fancy food and the even fancier plates and kubyertos: 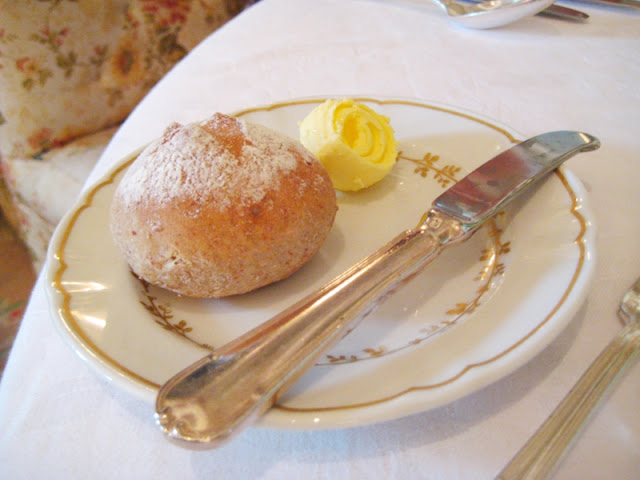 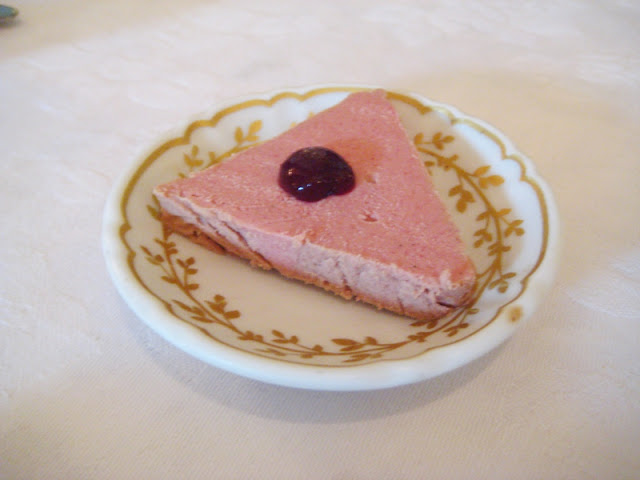 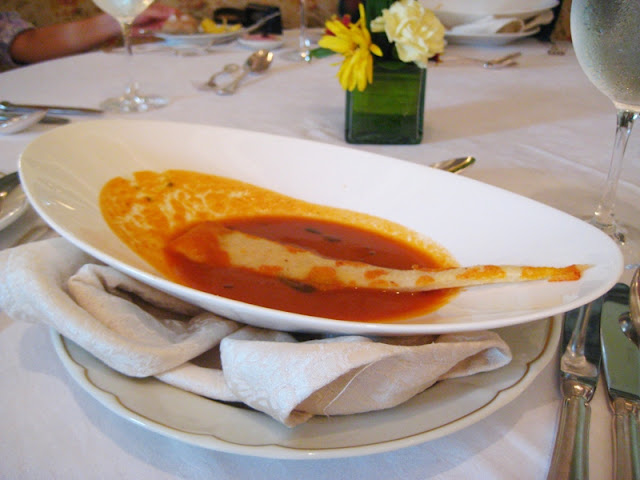 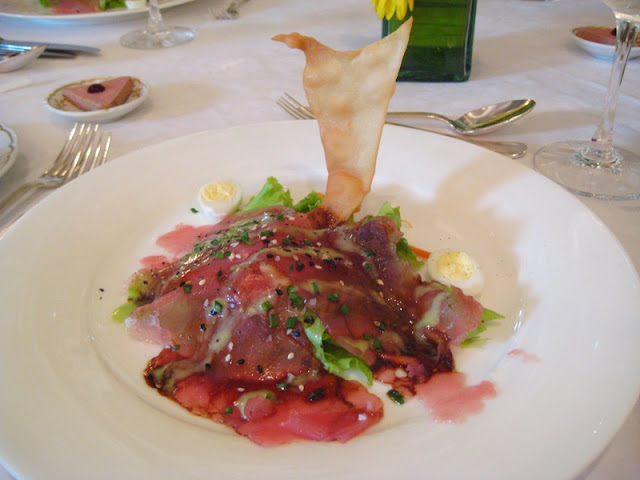 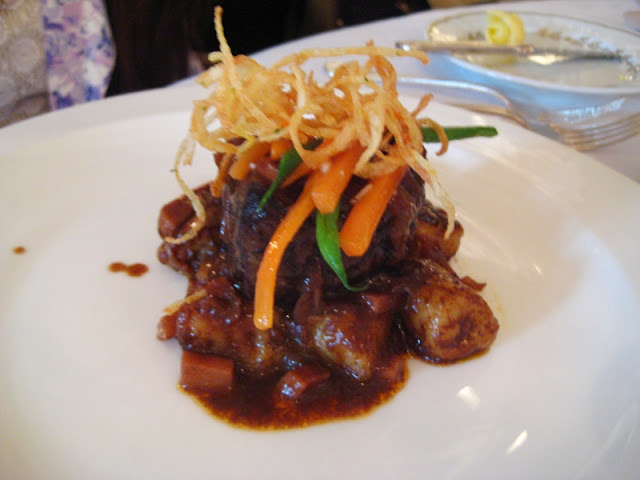 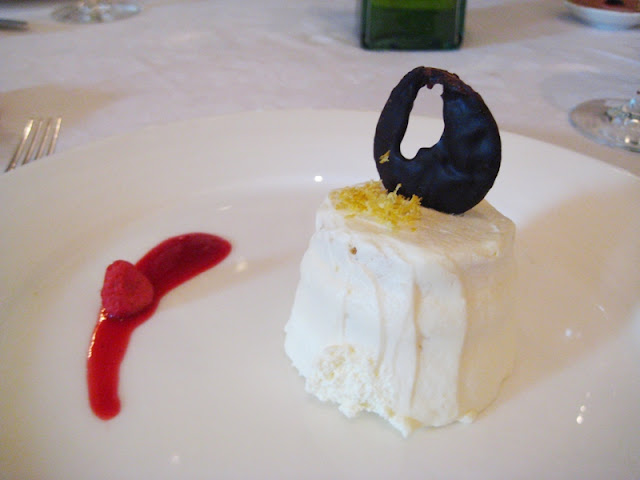 On to the program: 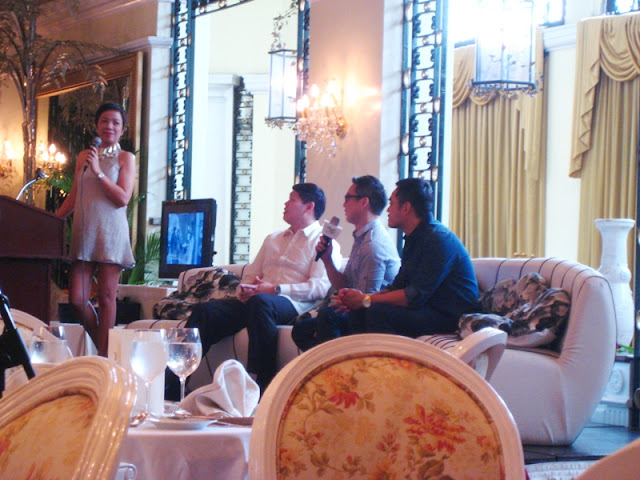 Taking advantage of his background in architecture, Libiran will incorporate in his creations the structural design of the Hotel and its Filipino themed interiors. For his fashion gala, Libiran has created seven collections: his signature Lines and Layers; Pearl and Crystal that are inspired by the Filipino elements in the Hotel; the Callado, Gold, and Cut-Out that speak of elegance and timeless fashion. The Grand Lobby will be transformed into a runway to let the guests see and feel this beautiful marriage of fashion and architecture. 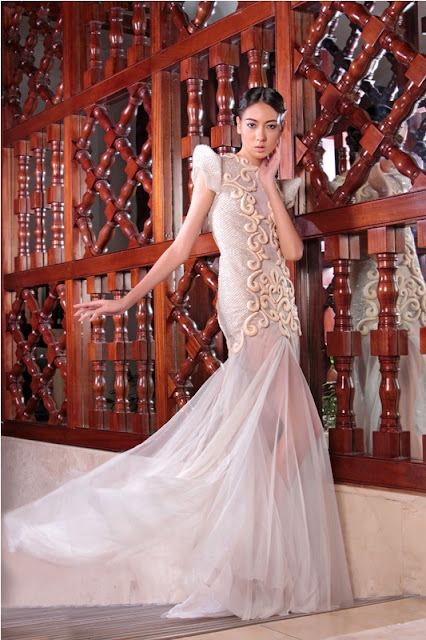 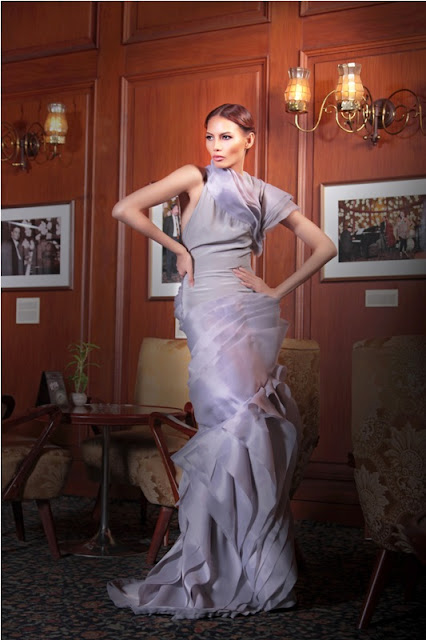 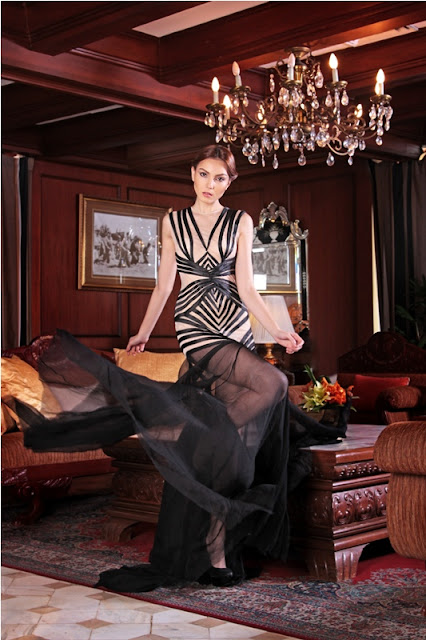 “For this collection, I took inspiration from the fashion luminaries and design icons of the Philippines whose creations I’ve seen and admired when I was just starting as a designer,” says Libiran. “It is such an honor to be given the chance to be part of this milestone with Manila Hotel,” he adds. 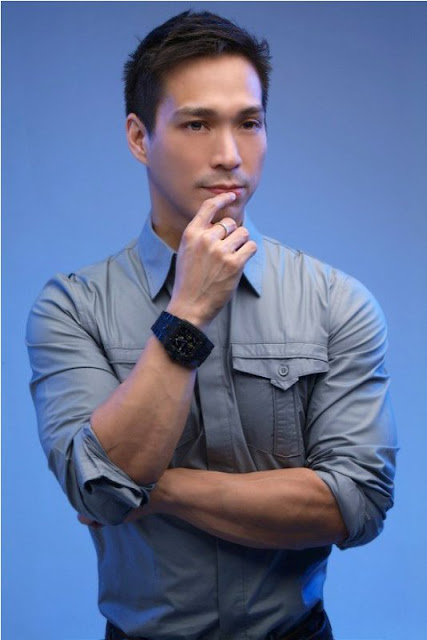 Libiran, known for his stuctural designs and play with lines on his creations, has been designing couture dresses for Philippine A-listers and celebrities. The international market was introduced to Libiran when his creations were featured in America’s Next Top Model British Invasion and his gowns worn by Hollywood celebrity and supermodel Tyra Banks. Libiran’s designs are classic and exude elegance and luxury, the qualities that Manila Hotel is also known for. 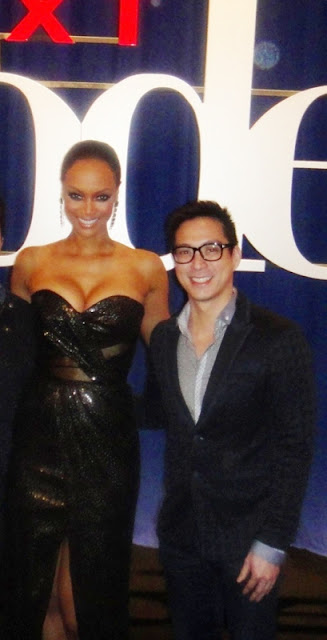 My lovely company during the lunch event: 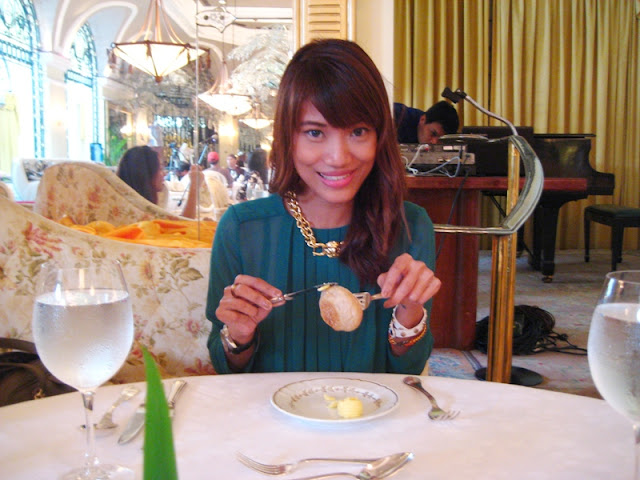 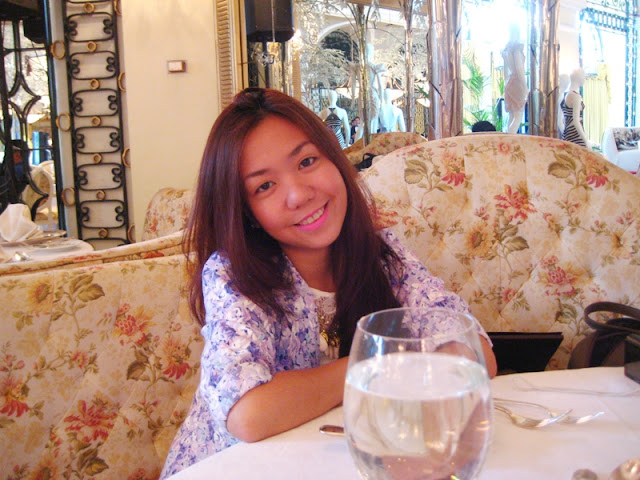 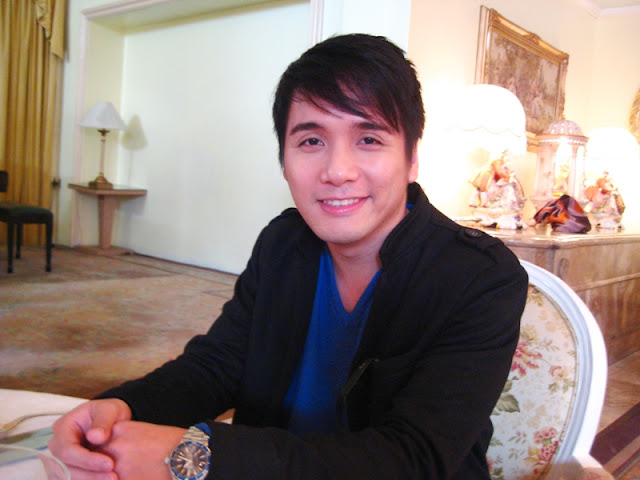 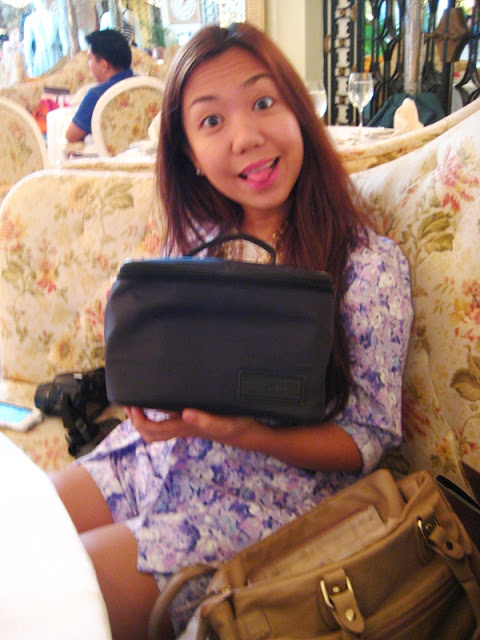 “The Manila Hotel takes pride in nurturing the Filipino talent. It is a privilege to work with Francis Libiran whose talent has been recognized around the world,” says Manila Hotel Executive Vice President Enrique Y. Yap, Jr. 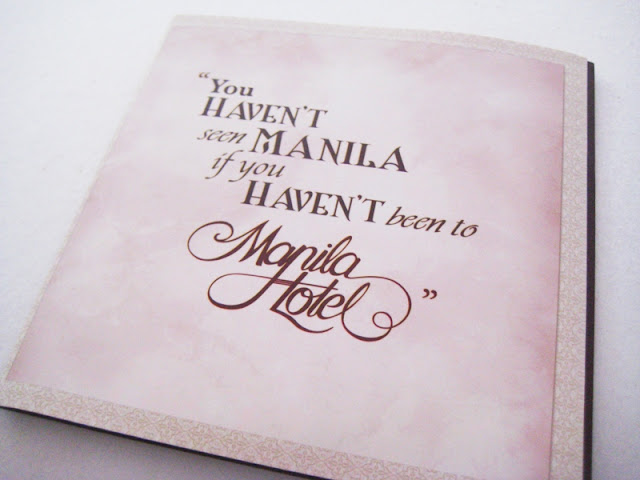 100: The Francis Libiran Fashion Gala is presented by Manila Hotel, a witness to the grandest and most iconic fashion shows in the history of Philippine fashion. This fashion show is produced by Arsi Baltazar together with Michael Carandang and directed by Robby Carmona. Joining this fashion event is TRESemmé, the official hair partner for the gala show. TRESemmé, the newest hair brand in the Philippines, used by top stylists at the catwalks of Paris, London, and New York Mercedes Benz Fashion Week, and now in the Philippines. 100: The Francis Libiran Fashion Gala is also made possible by SM Accessories and MAC Cosmetics.