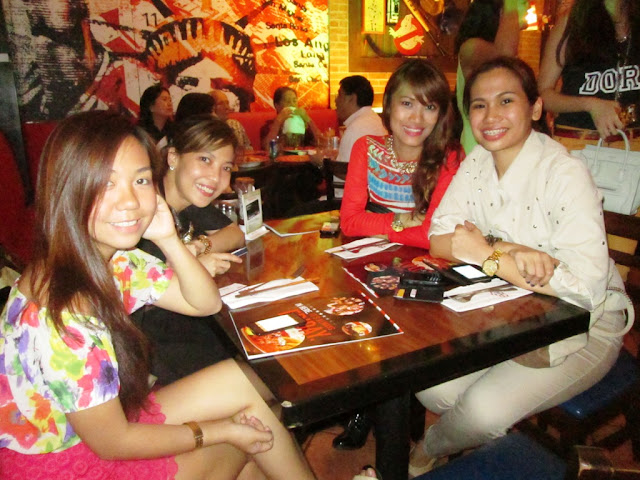 ...I confessed to my friends the two dishes that gave me a hard-time nung transition stage ko palang to vegetarianism (7 years ago). One of them is the sizzling sisig (haha). And the other one is Friday's Chicken Fingers. Seriously! Ang classic niya! Hahaha! ;p

Dining in Friday's brings back good memories including family birthdays and occasional pig-outs with high school friends (magastos na kami niyan when we eat sa Friday's, bilang we live with our measly allowance palang nun, haha!). When we want American food (aka BIG servings) and casual chill dining, we go for Friday's! 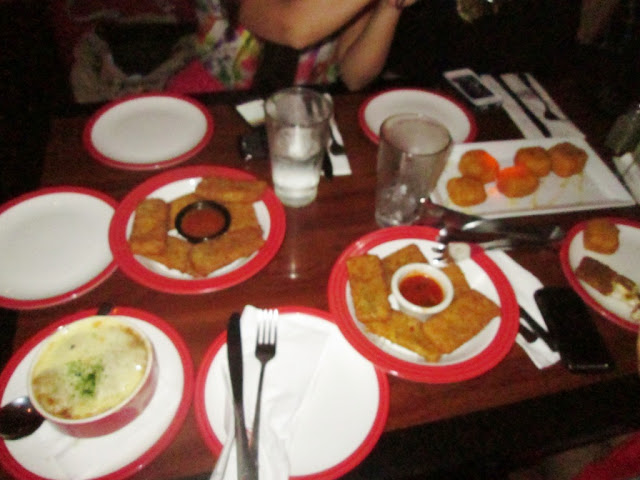 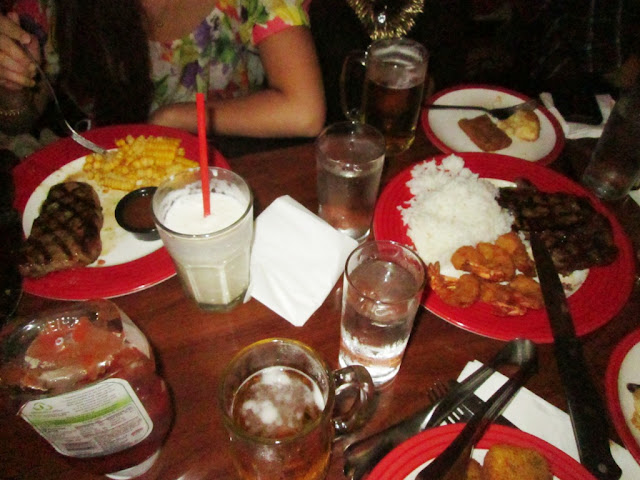 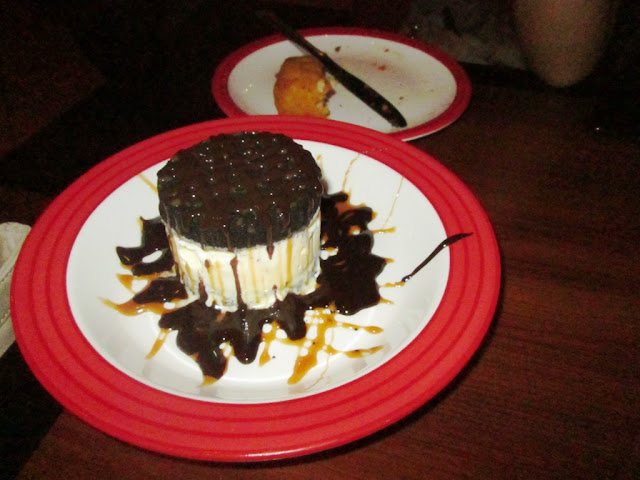 Celebrating summer, Friday's introduces their new bar menu! The updated bar list includes wide array of affordable drinks, including: Ultimate drinks, beer on tap at P60, local bottled beer at P75, cocktails for P125, and beer by the bucket for only P350! They also have unli-Mojito for P295 only! 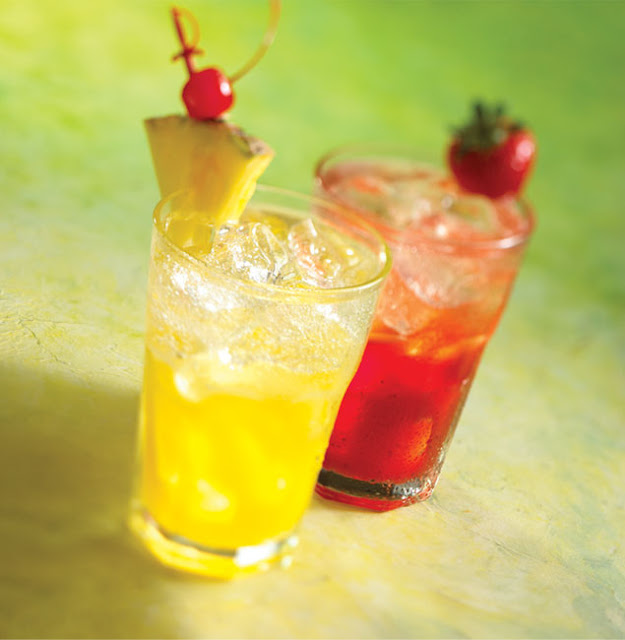 To entice patrons to let loose and enjoy the distinct T.G.I.Friday’s atmosphere, they released this T.G.I Friday’s Red Card! The Red Card will be distributed free of charge to dining guests by first week of April, which serves as a passport for a buy-one, take-one on cocktails every Thursday. 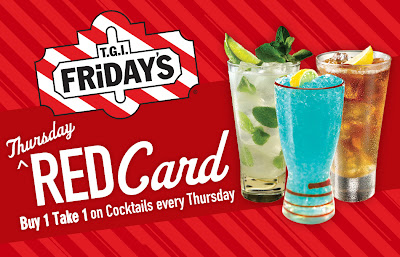 Adding to the excitement is the launch of the first leg of the Stars Behind the Bar tour, which includes a showcase of celebrity bartenders, free drinks, and a chance to learn basic flairs and cocktails! 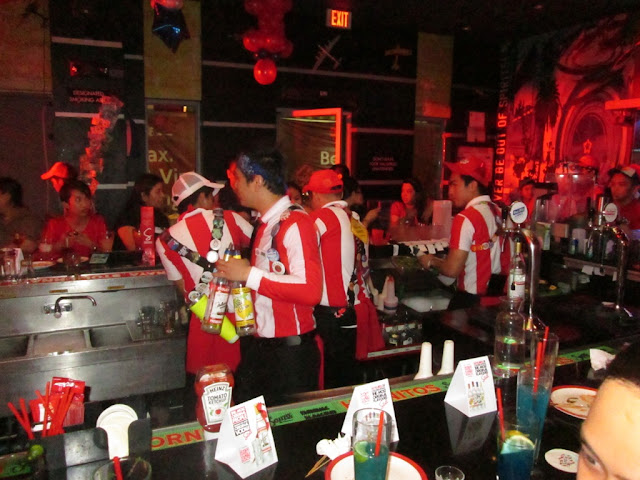 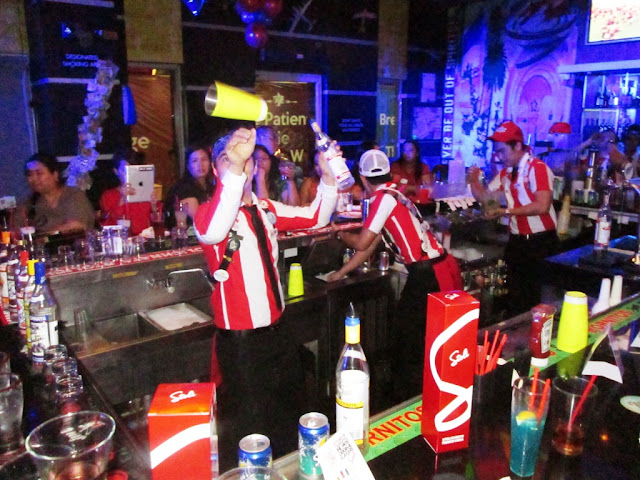 Aside from their distinct red-white uniform and makabasag pinggang HAPPY BIRTHDAY surprise sa diner (haha), T.G.I.Friday’s is also known for popularizing flair tending! They hosted the first known flair bartending competition in the US in 1985. Patrons are also known to flock the bar to watch bartenders dazzle with flips, flairs, and tricks before drinks are delivered with a personalized touch. 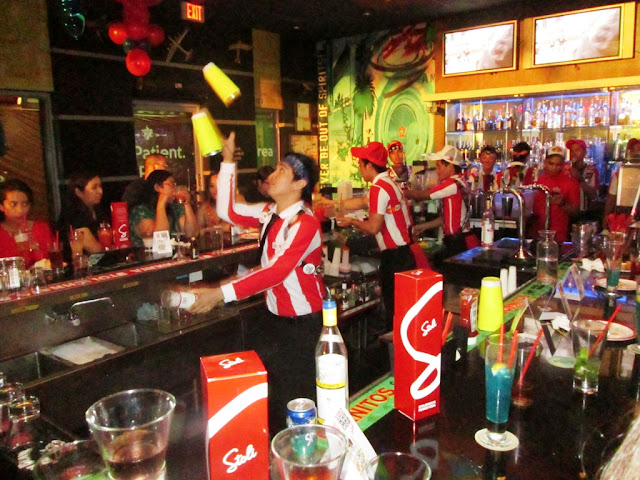 The featured bartenders went through a rigorous round of auditions, with most being previous participants of the renowned Shake, Rattle, and Pour Bartending Championship, which will be on its 18th year in 2013. 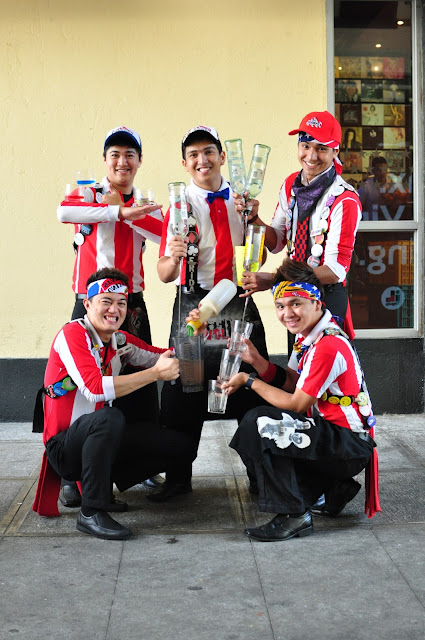