Make Your Own Havaianas 2014

One of the pioneers of DIY events in the country is Make Your Own Havaianas... This is an event that actually made its own mark already. Pag sinabing MYOH na, people feel summer more... Like a good kick-off to adventures only this season holds. For this year, the Make Your Own Havaianas theme is all about BRAZIL. 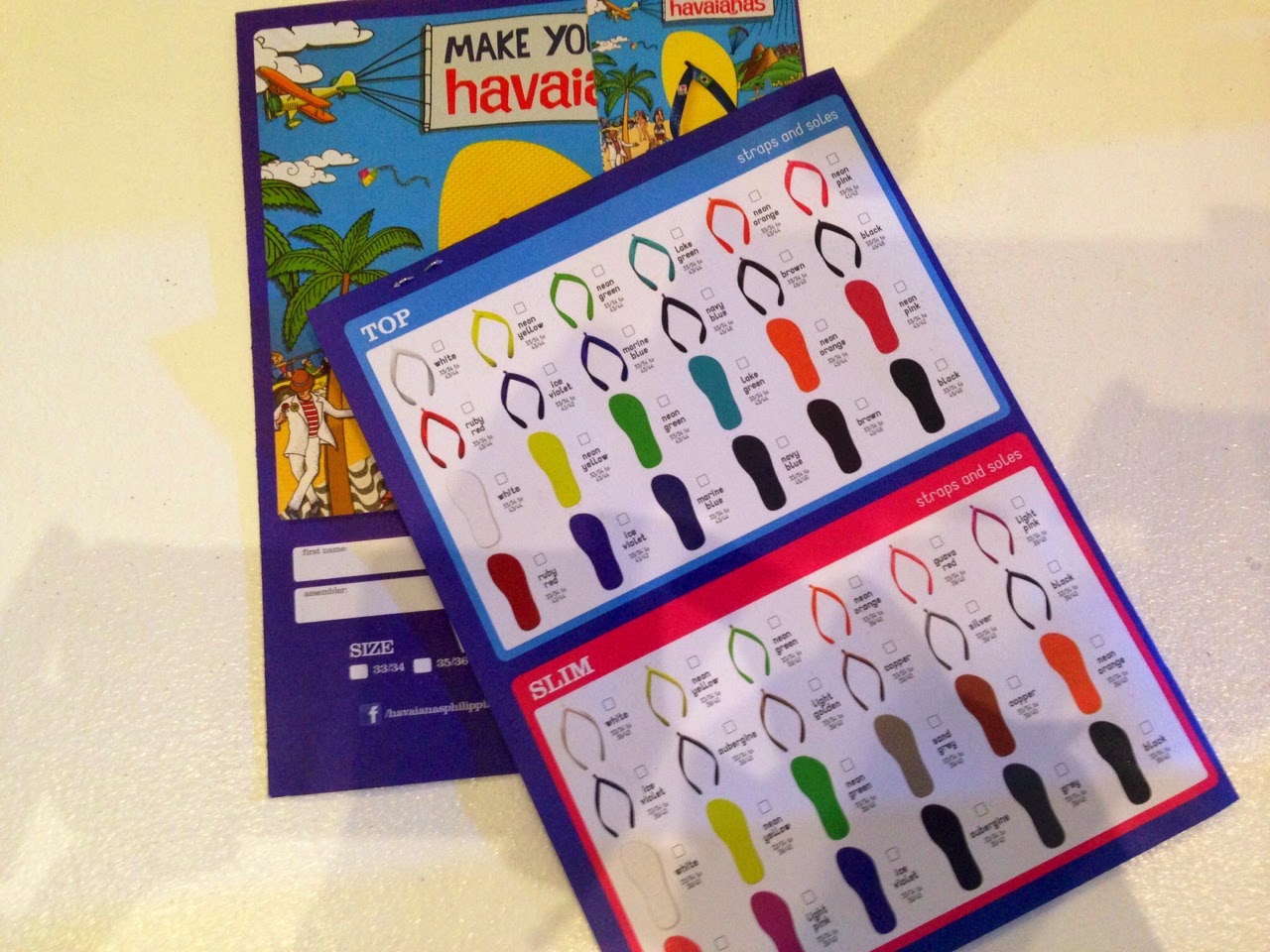 One of the new activities I was able to try during the media event was the printed bonfim. In Brazil, these ribbons were tied thrice while the owner makes 3 wishes -- one for each knot. Pag natanggal the bracelet, it means the wishes will come true! I think they also gave bonfims for free to those who purchase during the whole Make Your Own Havaianas 2014 duration. 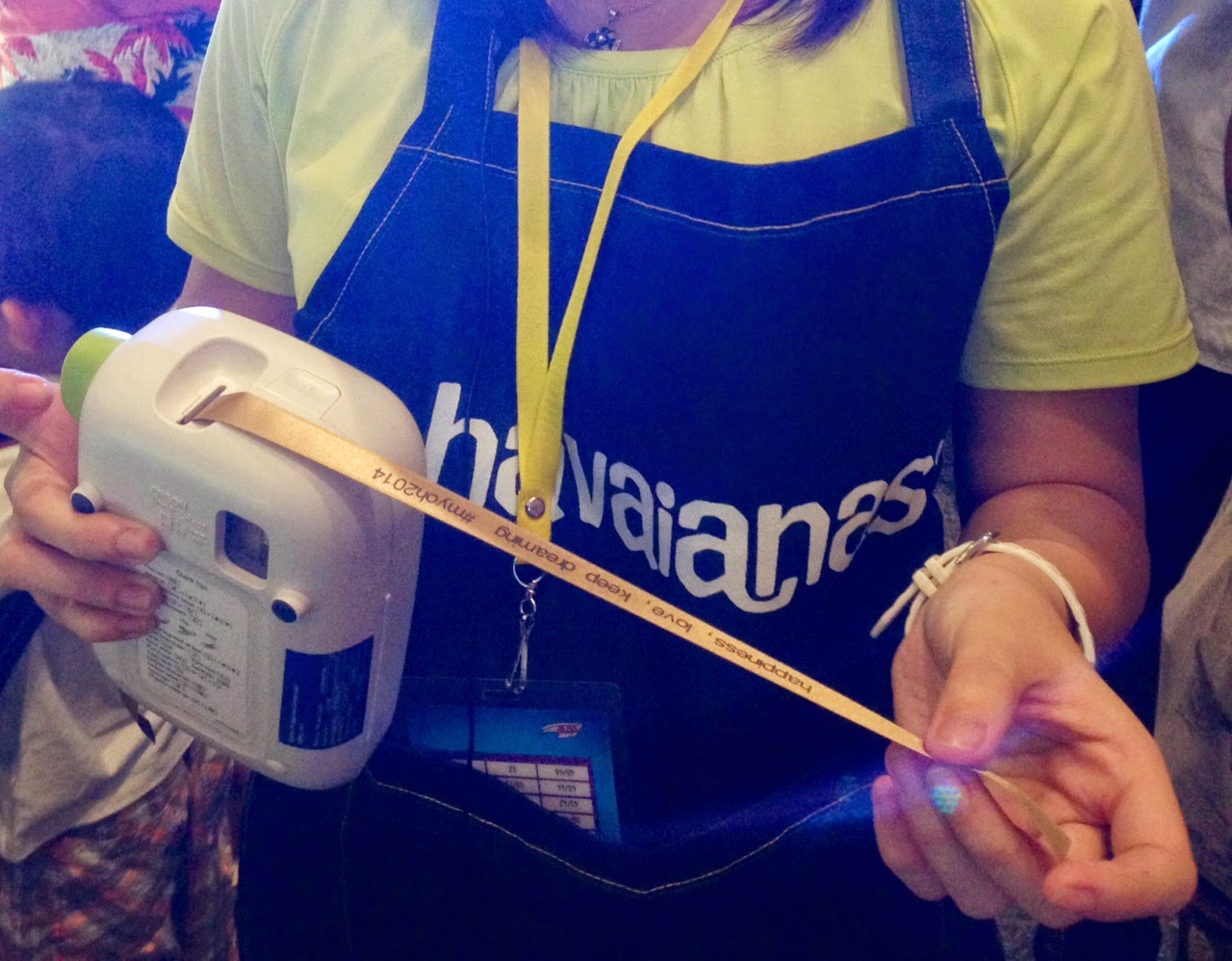 Printed: To more adventures! Nakakatawa coz wala pang katapusan ng event, I can't find it na! ;p I guess I have to expect more surprises this year (I'm readeh! ;p) 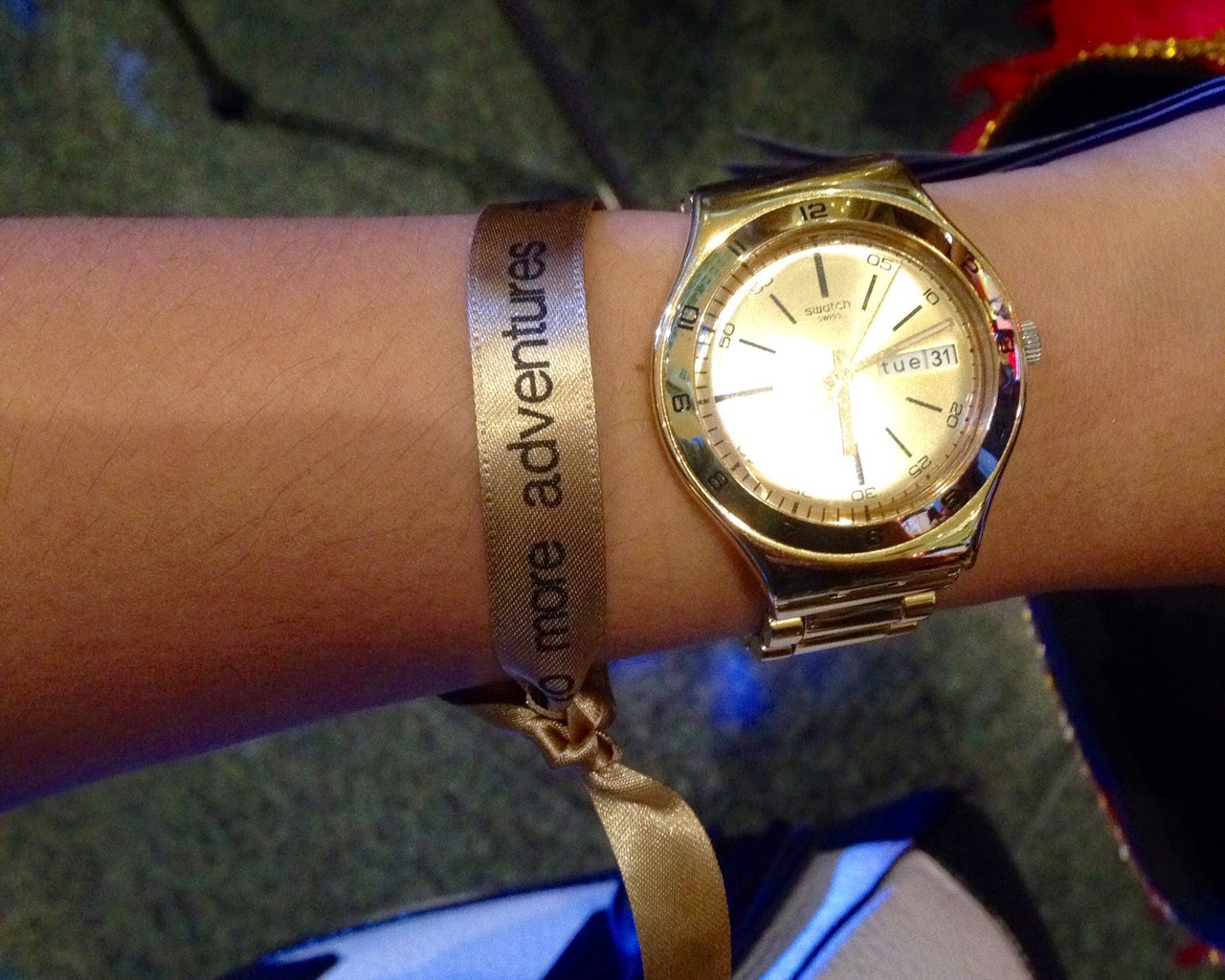 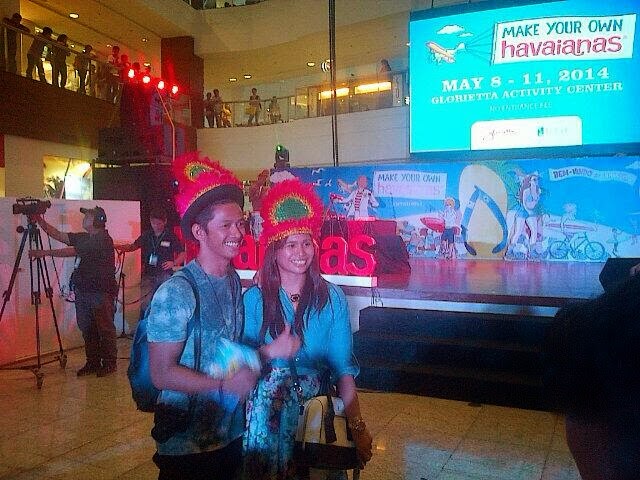 Got some photos from MadhouseMNL.com ... The event was held at its new home, the Glorietta Activity Center! The program was hosted by MYX VJ Chino and musician Nyco Maca: 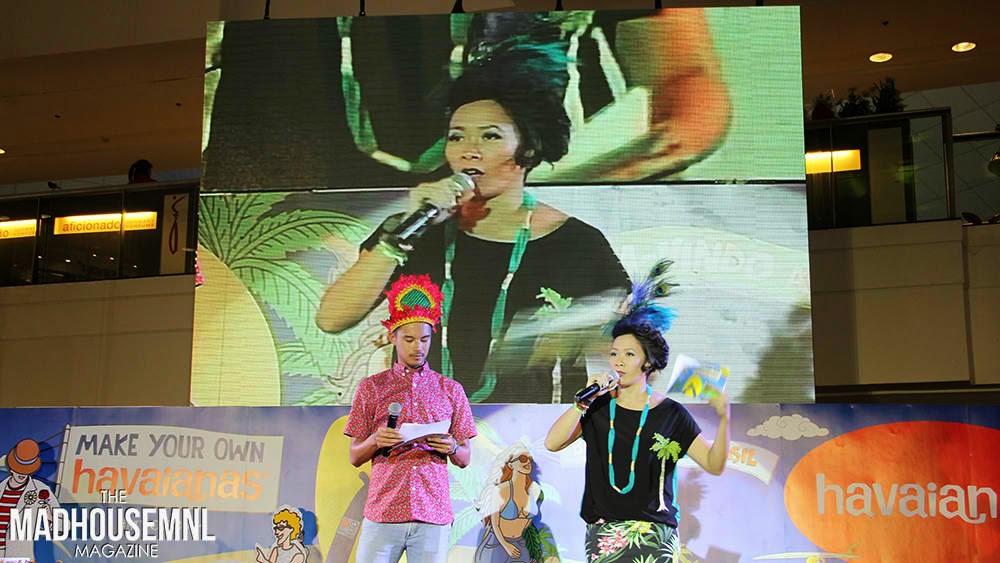 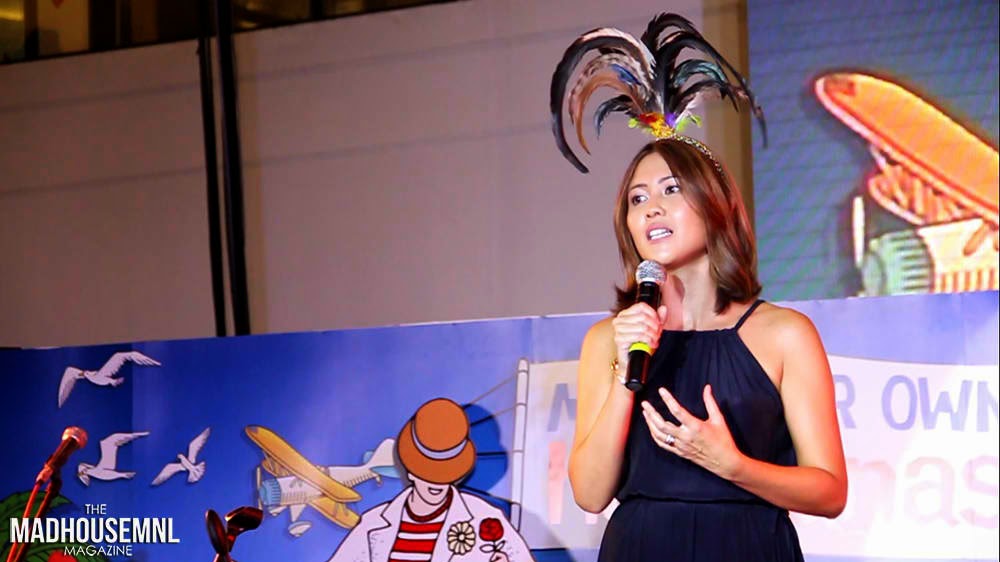 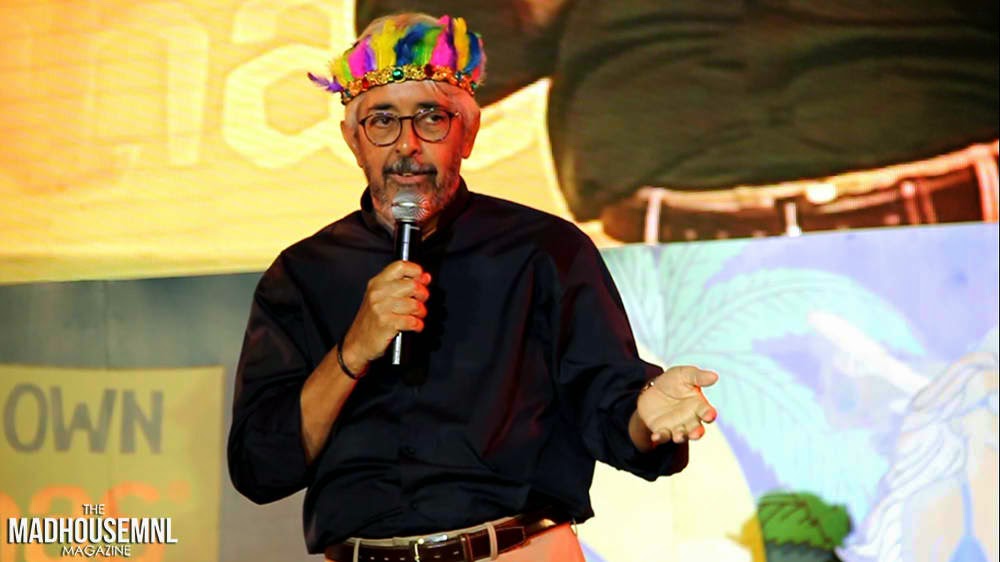 The opening of the Make Your Own Havaianas 2014 was an engrandeng festival ala Rio de Janeiro Carnival! Brazilian music was played, and there was a showcase of samba, soccer, and capoiera. 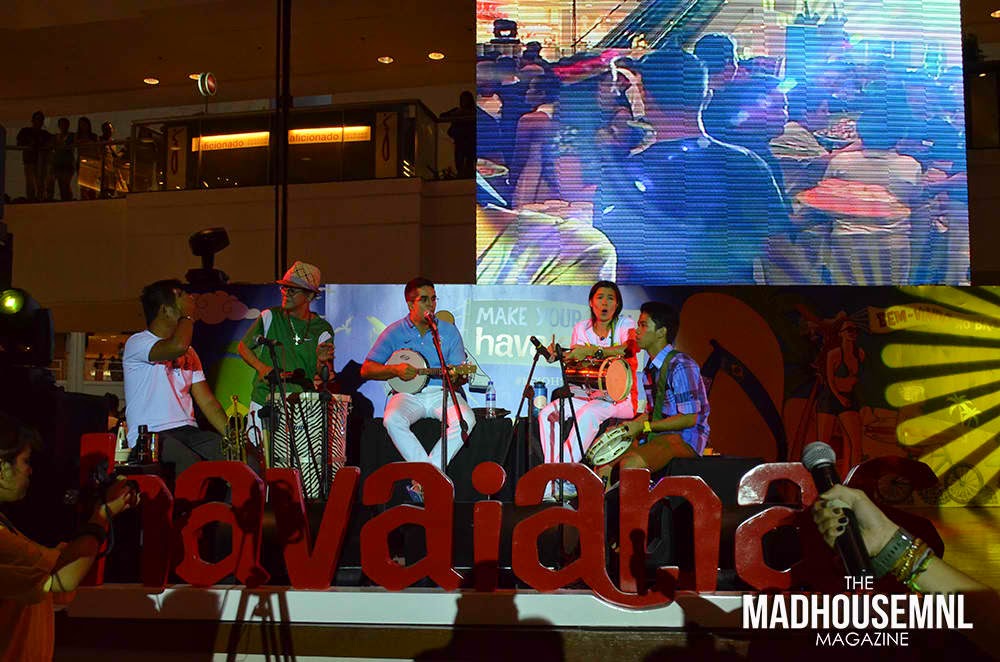 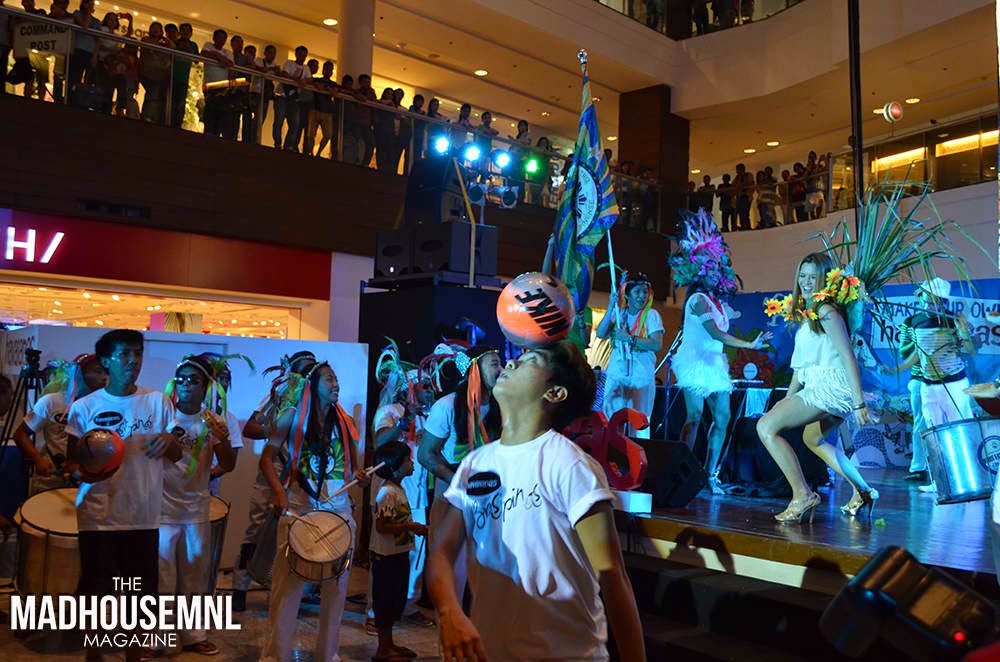 After the spectacles, finally! It's time to make our own Havaianas!

First, we chose our preferred soles and straps. The colorful sole in this photo is Havaianas 2014's commemorative pair... Para syang yung bonfim laces translated into a Havaianas sole. A pair of soles+straps costs around P895 to P995. 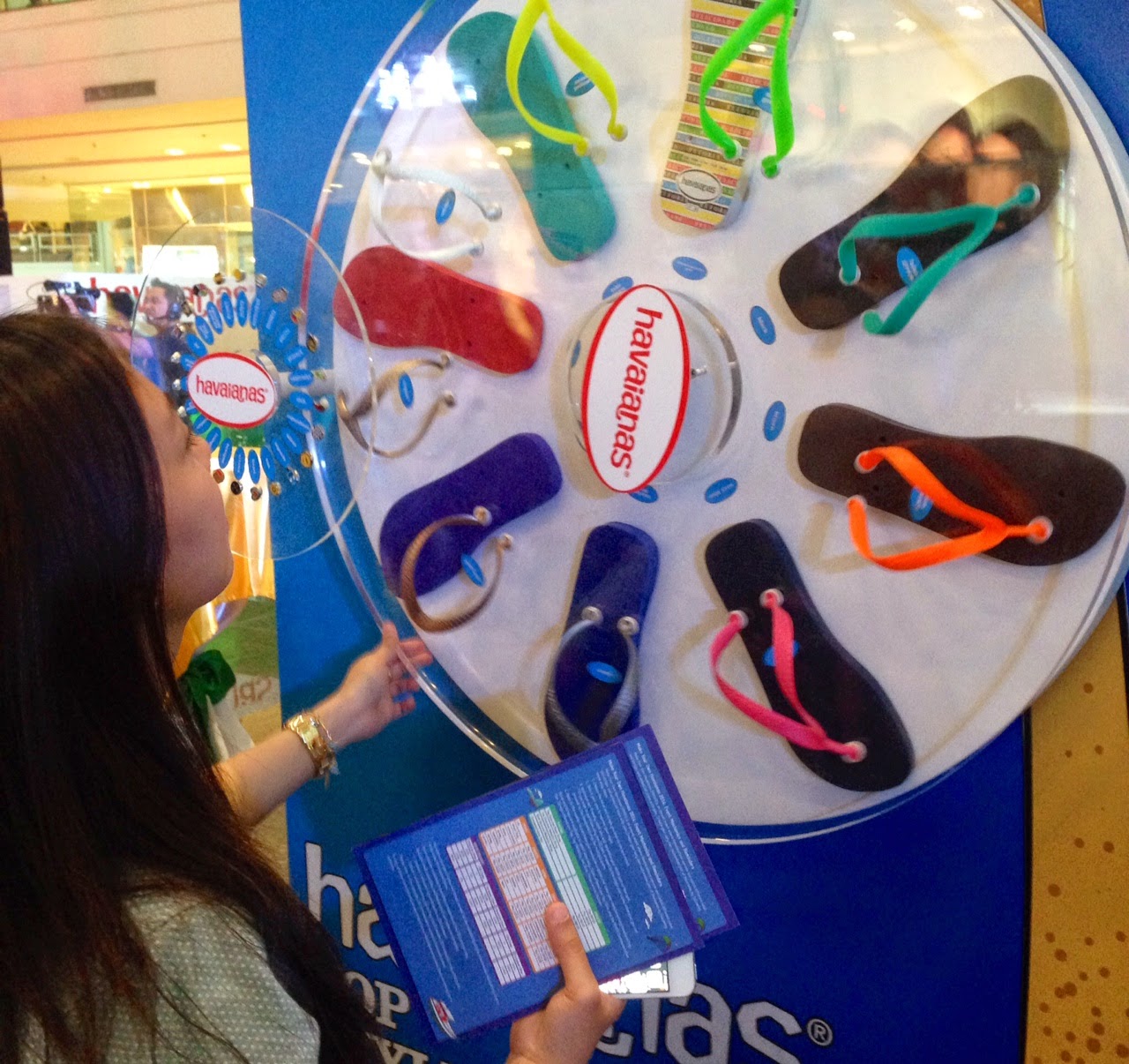 Then, we lined up in front of the assemblers. 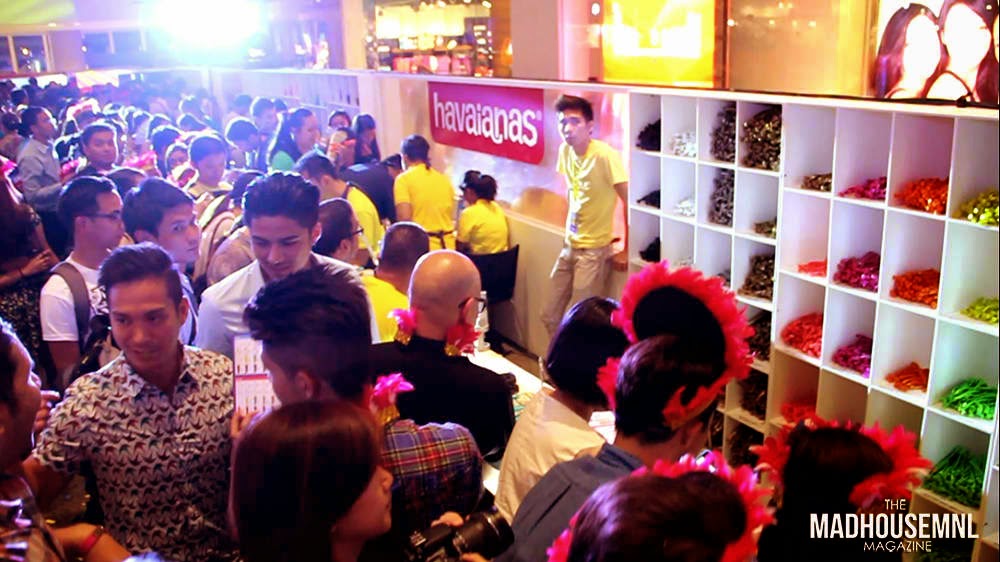 Pick your pin/s! Cute Brazilian themed pins for this year's design (P100-P150 each): 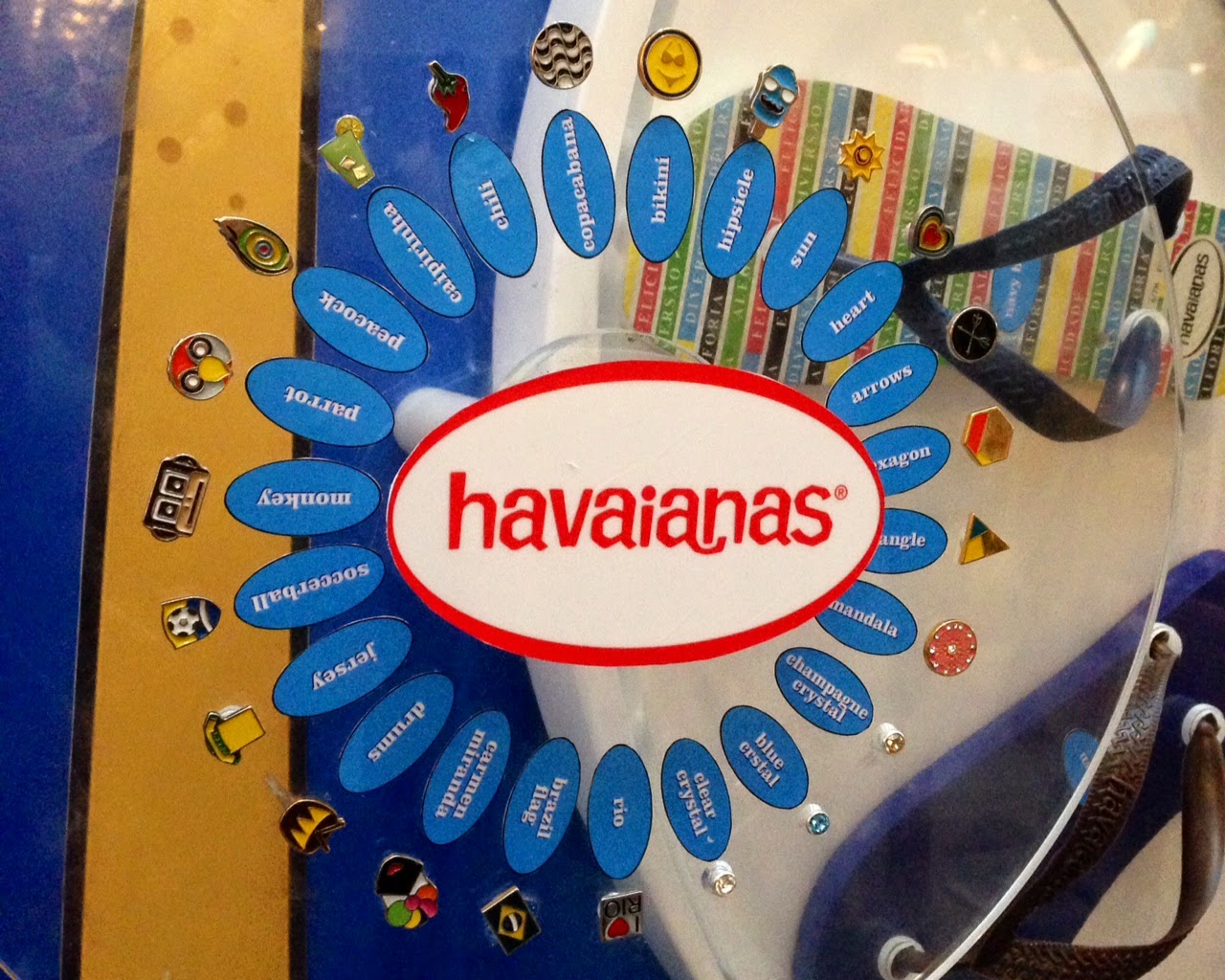 Kevin, my assembler, really knows what he's doing. He even suggested a few things re arrangement of my pins... Bilang ang dami kong inavail! Haha: 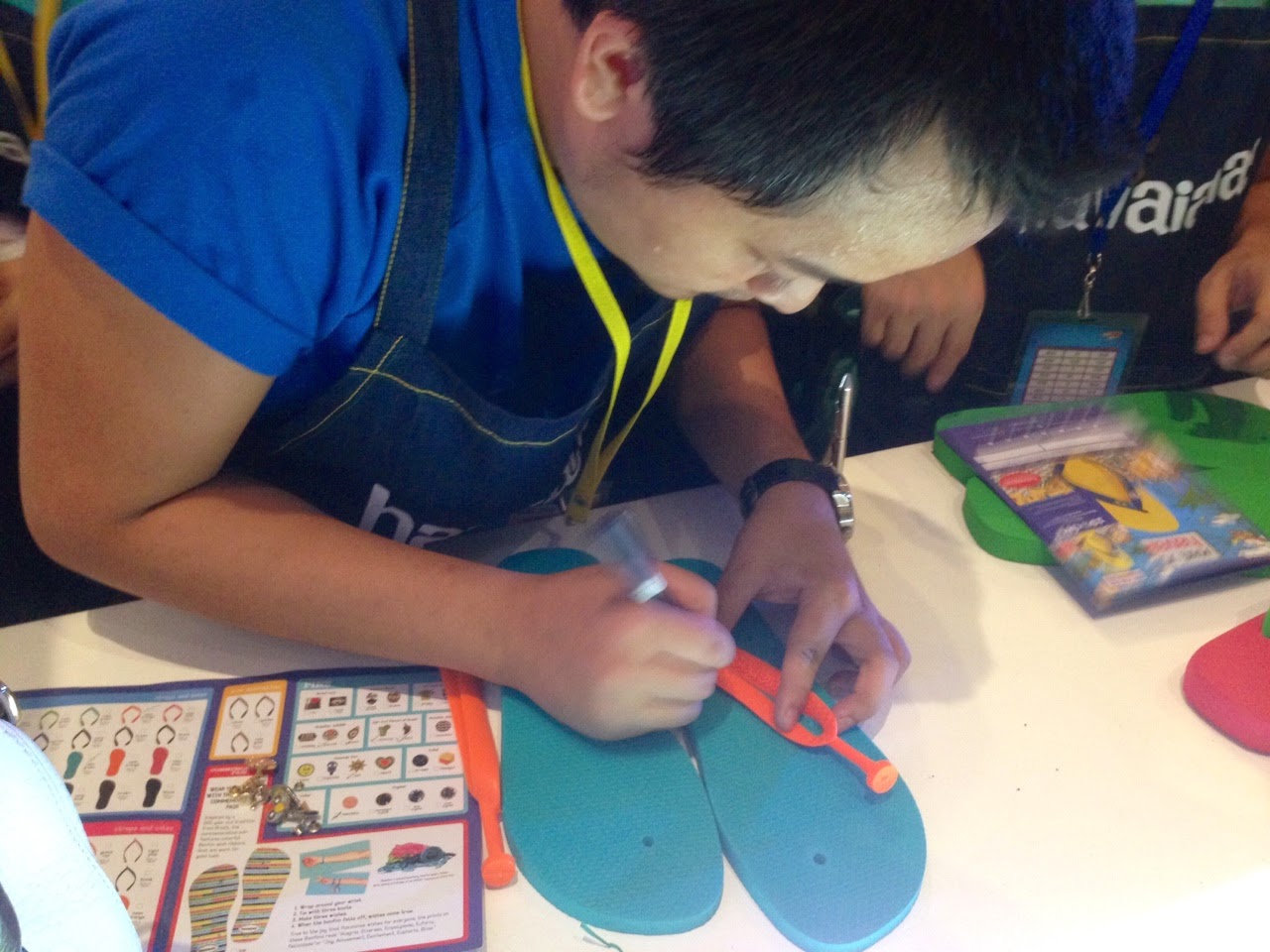 And here's my new Summer 2014 pair! Woot! I chose something different for this year... Usually I'll go for metallic or black lang, the basics! But ngayon, here's a bright cute pair of Havaianas, and I lovet! :) 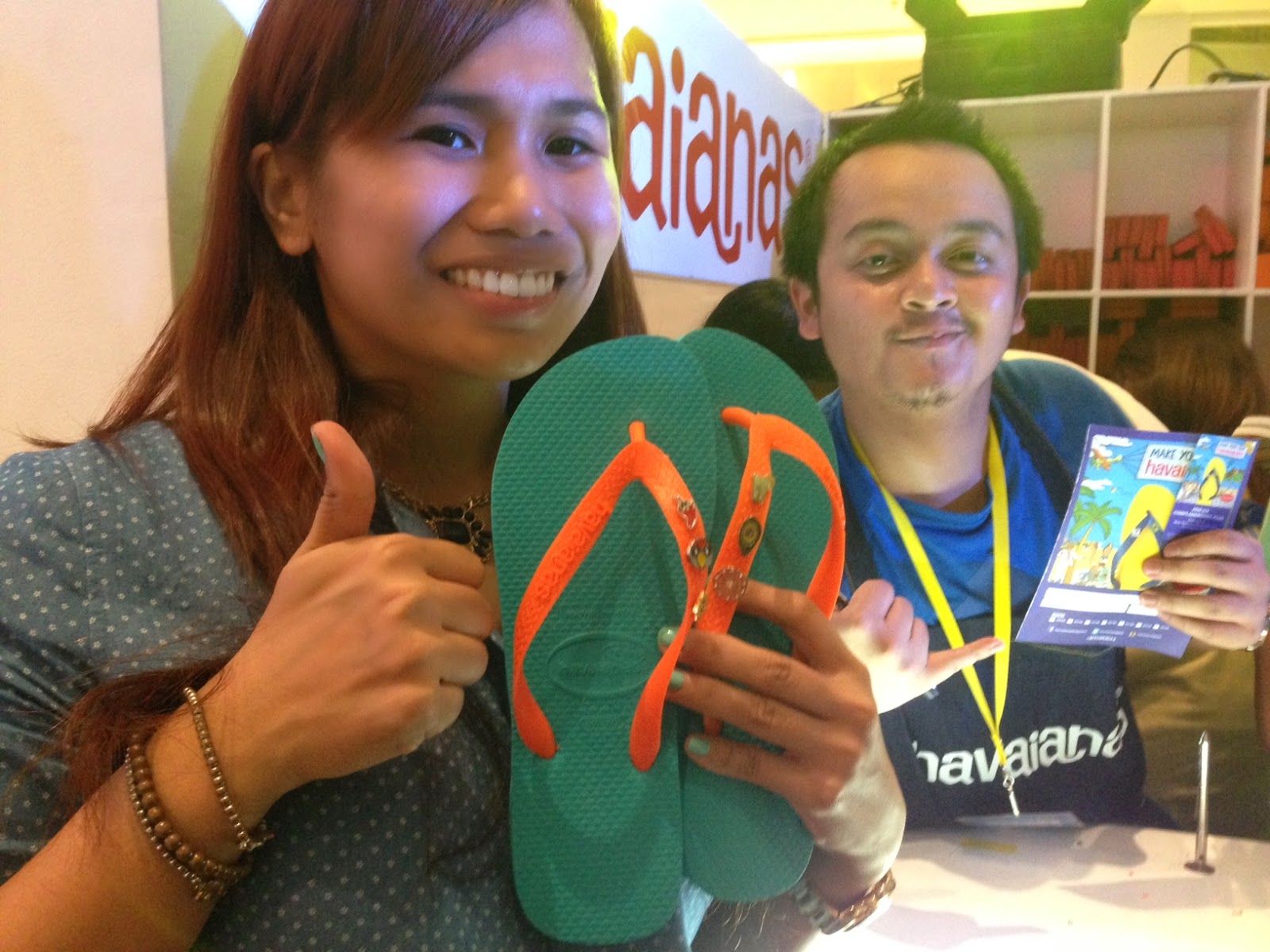 Chelsi, my blog giveaway winner, and her cute red and black Havaianas! :) 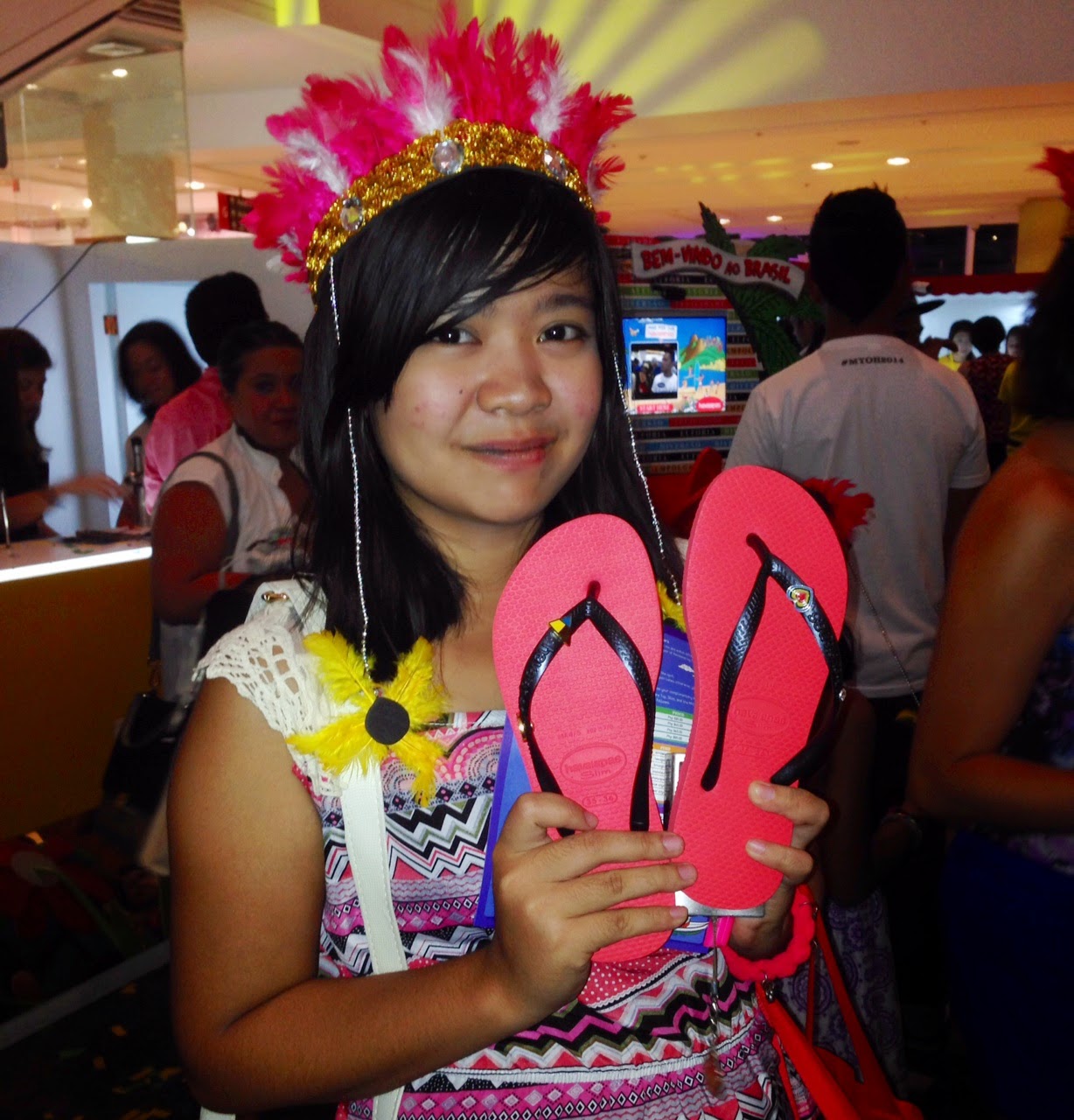