Hello guys! I am not sure if it's just me,
but there's something about this year na parang may nagmamadali. 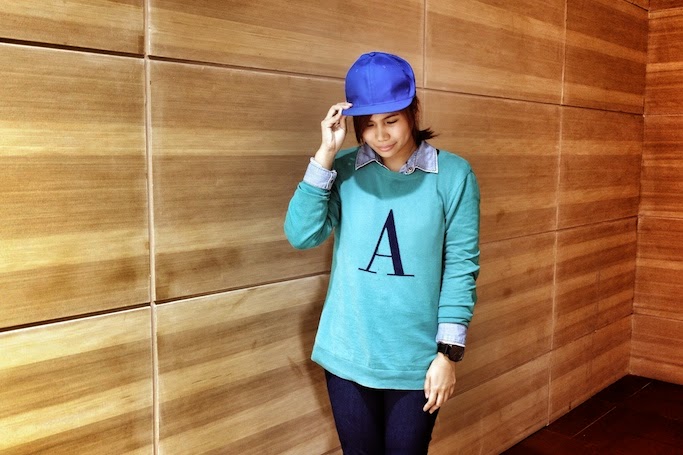 1) When September stepped in, all tweets and Facebook posts were on
anxiousness (both positive and negative) on gaano kabilis si 2014.
There's even a little countdown na parang "20 Fridays to go till Christmas",
na first time ko lang nakaencounter ng ganito, and nakakapanic ha. 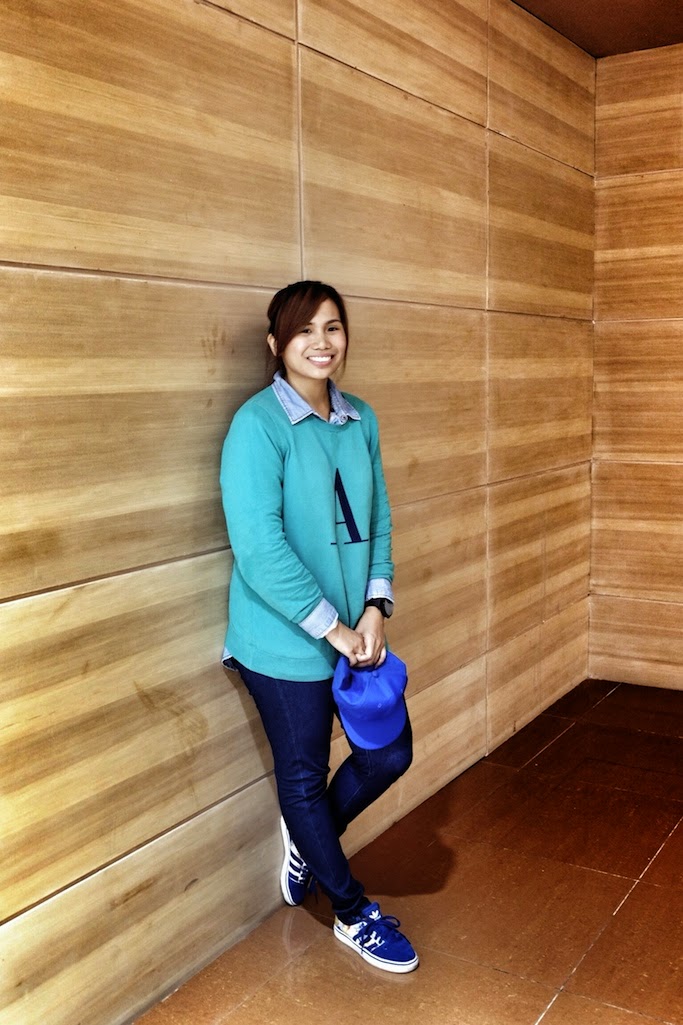 2) Malls are blasting CHRISTMAS SONGS na agad
and I seriously don't know what to feel about it! Haha! 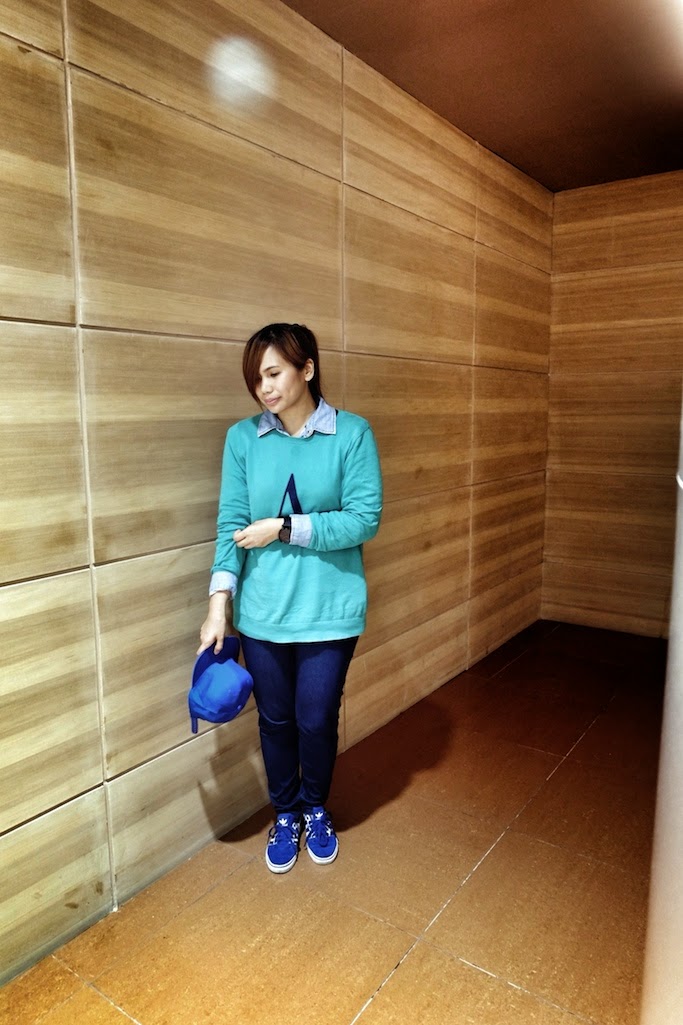 Anyway, whether I like it or not, the year is at its far second half already,
and pretty soon carollers and Christmas lights will takeover the city.
Wag na muna nating isipin ang December traffic, hahaha. Practice palang daw yan. :p

I actually got this Letter Sweater last Christmas in Old Navy Maryland,
when the family spent the holidays in the States.
I can't believe na even that malapit na siyang tawaging "one year ago"!

Anyway!!! Coz namiss ko din to...here are some random kwentos...

Vita Coco and Echo Channels invited me to the pre-screening of a zom-com movie
Life After Beth in Greenbelt (thank you!). I wan't expecting anything,
but it was actually entertaining and benta.
Plus, fave ko lang talaga Chimara White Cheddar ng Greenbelt, hehe.
Hi Yuki! 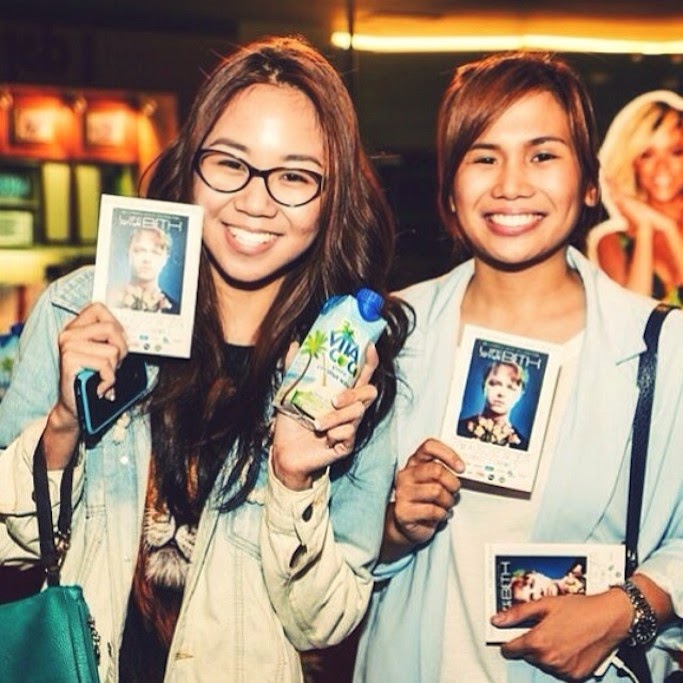 After the movie, I was able to catch up with my blog bff Paul
in our favorite restaurant slash comfort food MANAM.
It's not Namnam na pala, but still, they have the same yummy watermelon sinigang
and gising-gising na perfect sa tag-ulan. :p

Also from a week ago, I learned that one of my college classmates died from health complications.
My block seldom meet na, and it was sad and bittersweet that we reunite
in Lee's wake (thus the "L' hand sign). That night was filled with reminiscing our
college days, first impressions, and hopes that we keep in touch more after what happened.

Hobbies galore! I also enjoyed so much things from the past weeks,
whether Teenage Mutant Ninja Turtles in the big screen,
or The Grand Budapest Hotel via my laptop lang before sleeping.
I also finished the available seasons of Orange is the New Black.
In short, puyat ako forever, coz ang dami ko pang naiisip na ibang gawin at pagkaabalahan, haha. 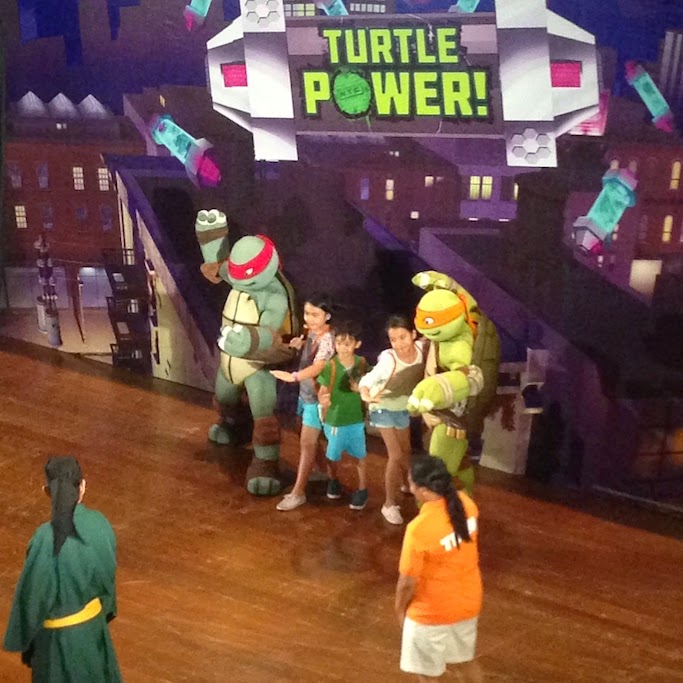 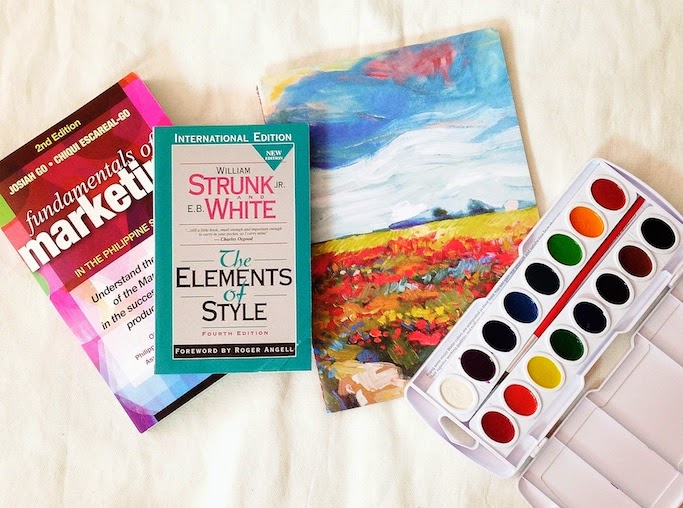 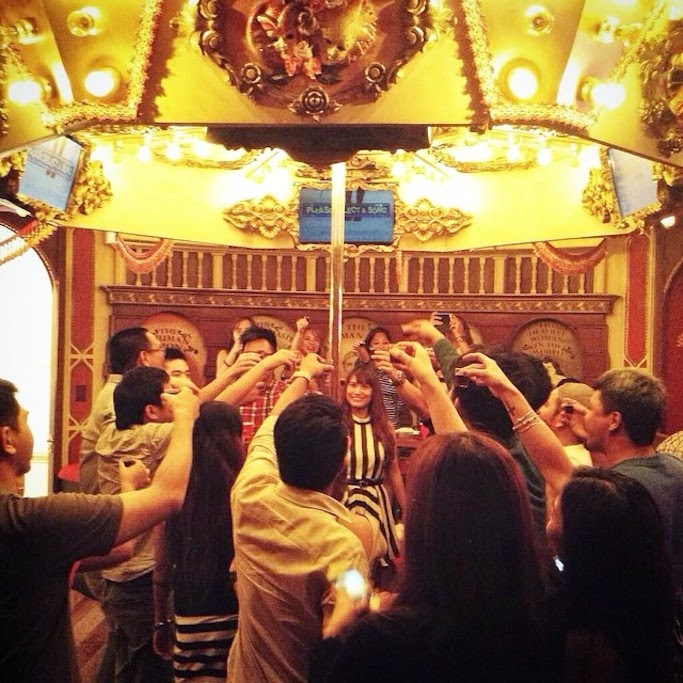 Food trip in Festival Mall's food fair during all Sundays of August with the family.
Ang sarap nun fried yema and Chinese lumpia! 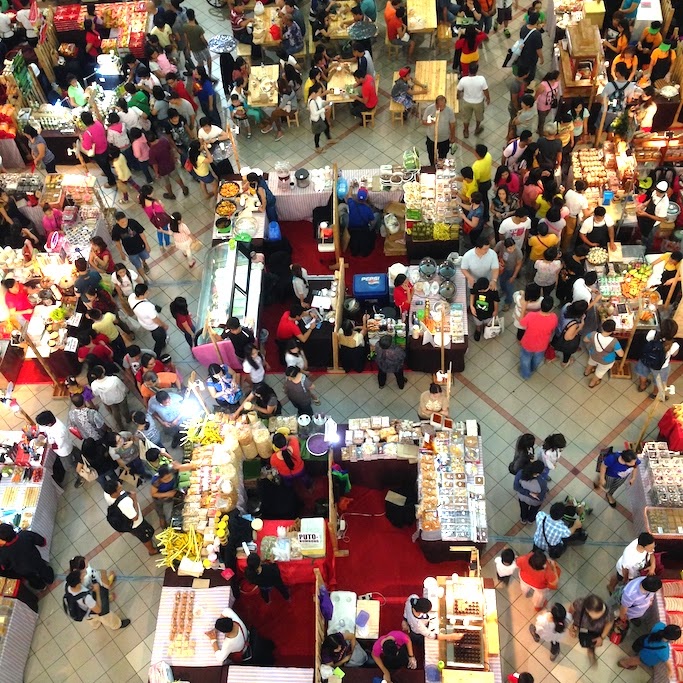 Today, I also started my closet sale via www.facebook.com/shopanagon ...
Posted some pre-loved clothes and bags na kanina from P150-350 only, support! :) 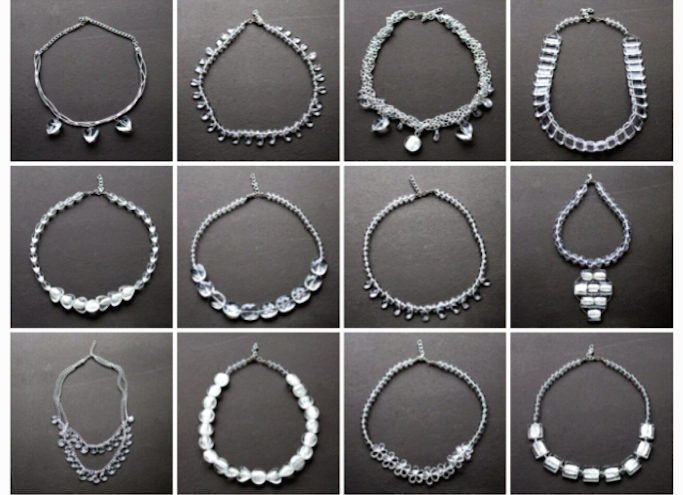 Every time after a late event, I still secretly wish one of my friends will spill the magic words:
"Gusto nyo mag dinner?" :p With Paul and Christine after the Herschel launch: 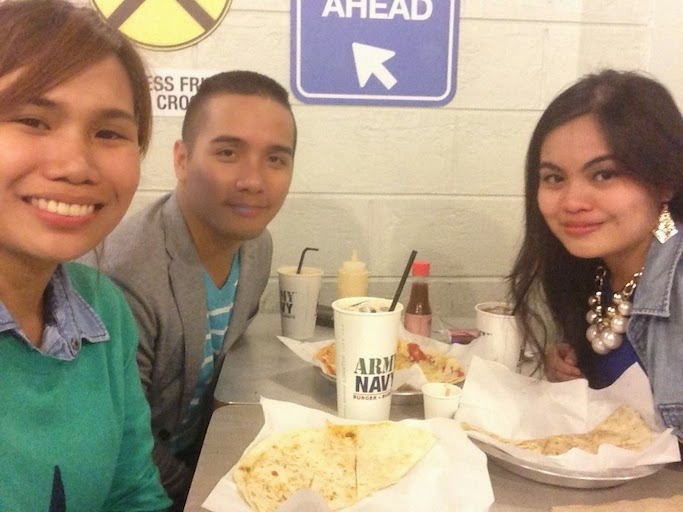 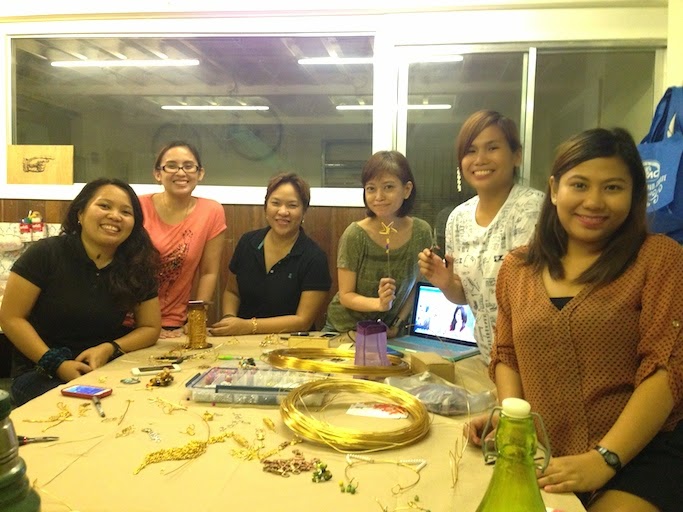 Arnie also came to the class as saling kit blogger, and also to judge and recognize the best works
in this batch! All the students are good, though, but just for fun and extra challenge may awarding ganap! :) 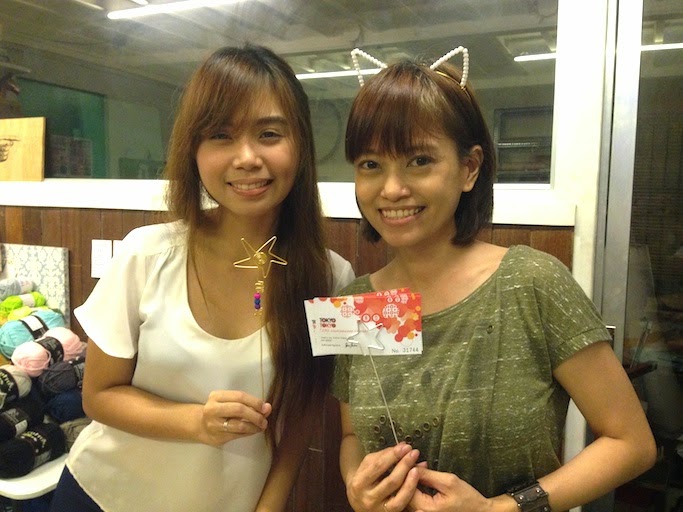 If you want to be part of my FOURTH class happening on October 11, visit this page to register!
The session keeps getting better, so join na this time!!! Learn now..perfect pang gift to sa Pasko. ;)

Wabisabi (my favorite!) vegetarian food trip with Arnie post-crafting class!
We over-ordered veggie siomai, while talking about senti movies and Youtube vids, hehehe.
We flew to Glorietta after this to catch The Giver, na super naenjoy ko and I want to read na the book. 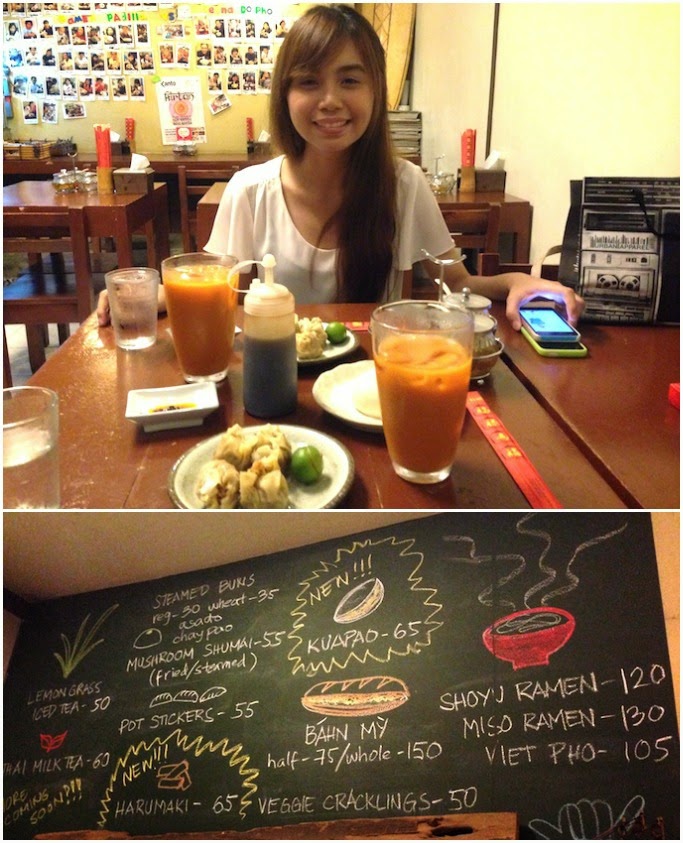 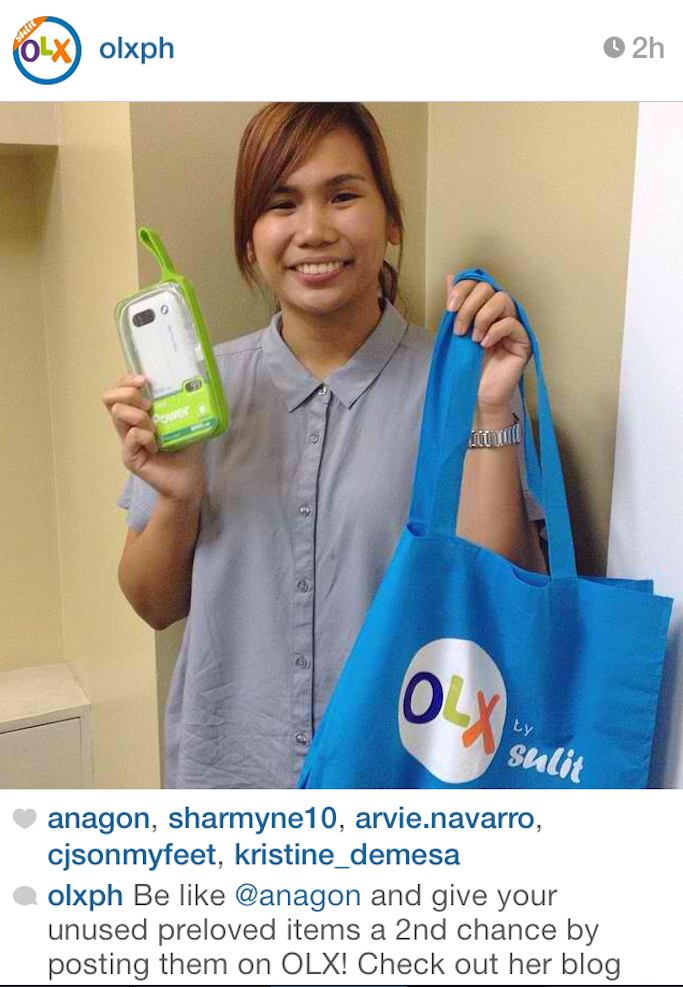 Nagbabadya nadin ang busy months ahead, as we are already starting with Bloggers United meetings.
Exciting coz our potential partner's main goal is to level-up the BU8 event!
One time, I dropped by The Spa in BGC after one looong meeting, for a much needed (long overdue) masahe. 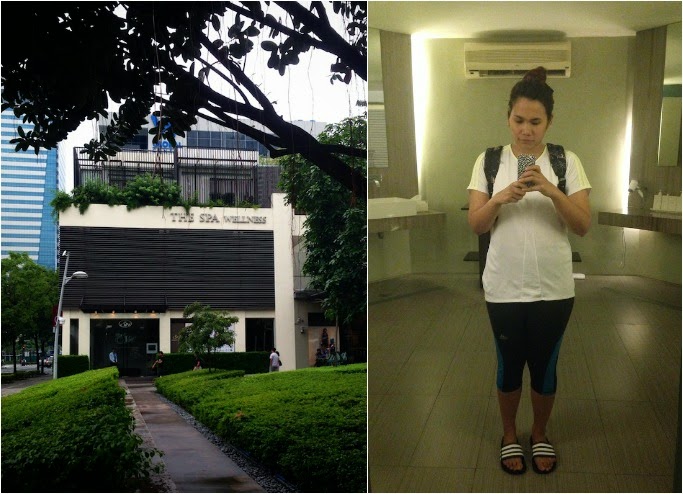 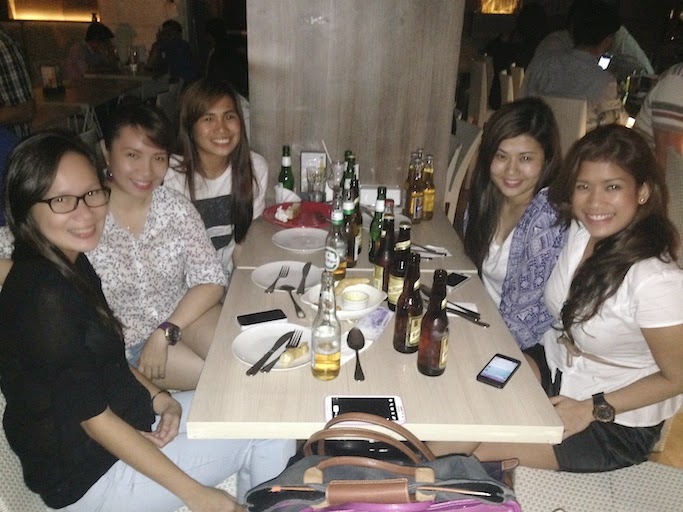