I went to Coca Cola's #TasteTheFeeling Festival with no expectations. Little did I know it turned out to be one of my best nights! 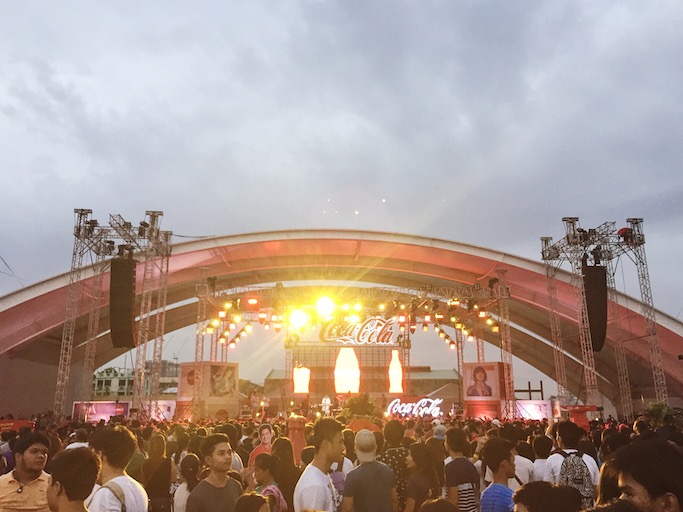 When I arrived at the Circuit Makati, the place was PACKED! As in hindi ka na halos makapasok sa venue. The event was well received because there were no entrance fees, and the line-up was super exciting. One word: Alden. Haha! 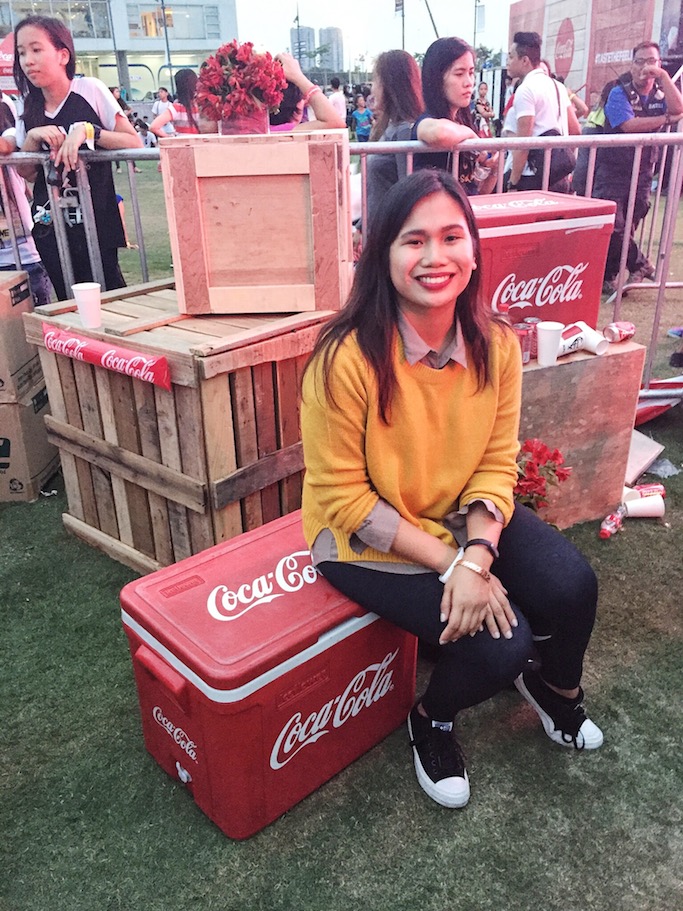 With my concert buddy Tracy! 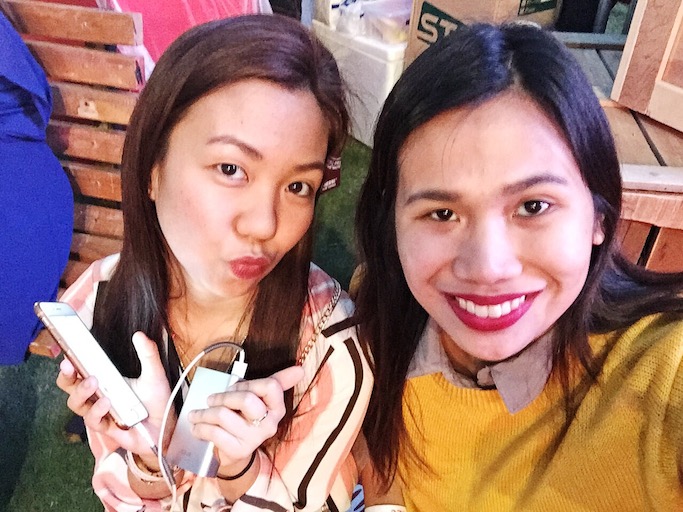 We watched from the media section, with our ice cold Coke. Here were the earlier performers: BaiLona, Enchong Dee, Janella Salvador, Up Dharma Down, Autotelic, and Cheats. 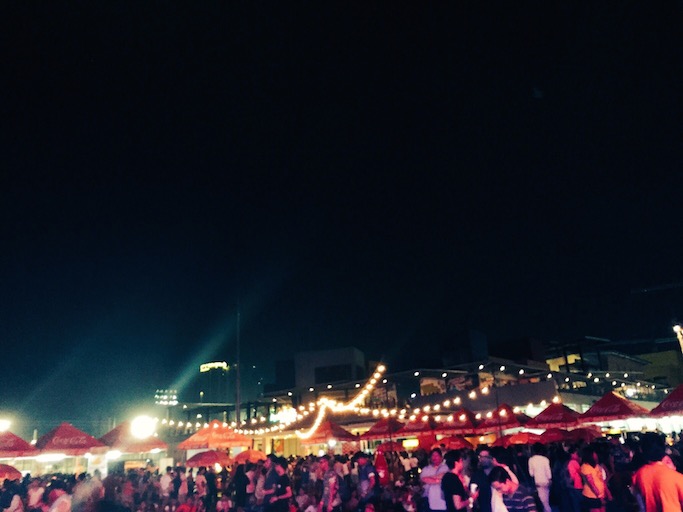 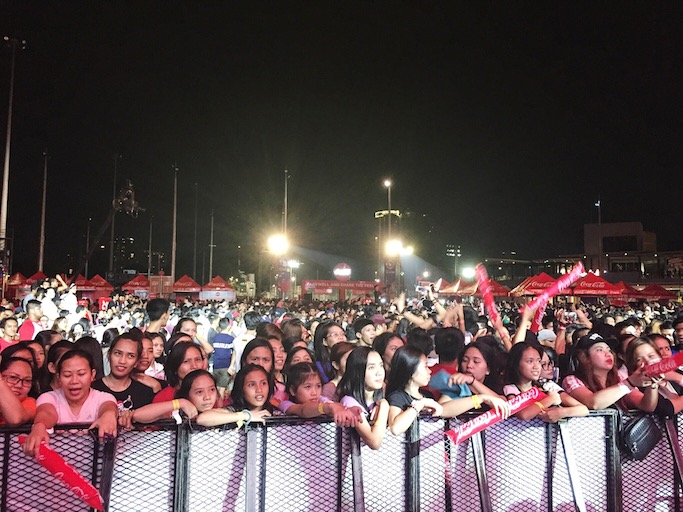 Tracy is friends with Spongecola, and even worked with them during some of the band's tours. To cut a long story short, we were able to go backstage and she brought me with her! 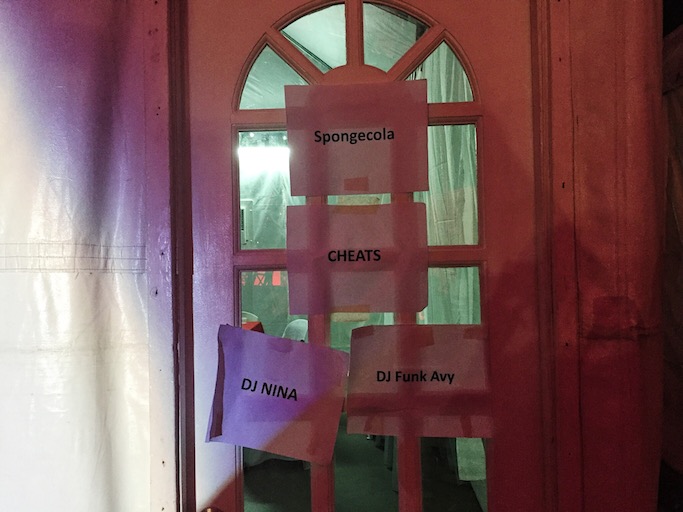 Dinner with the band + refreshing drinks! 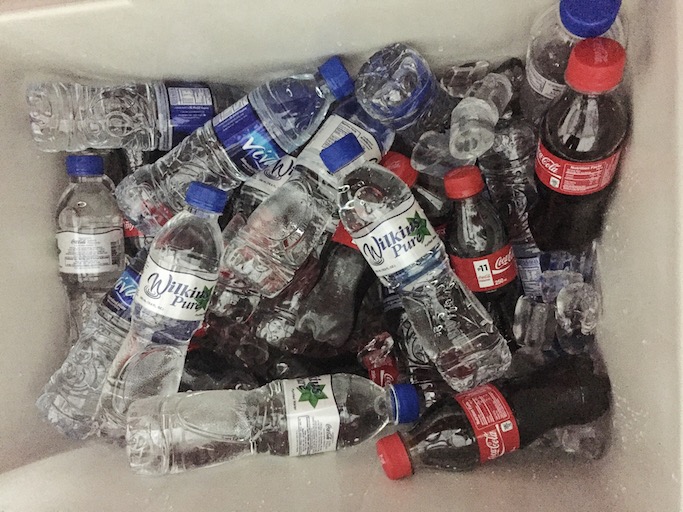 Instant meet-and-greet, and hello Pax! Yael is super down-to-earth AND hilarious in person. One of his jokes was about Madonna, "Balita ko kinanta nya Crazy for You a!" Hahaha!

Enjoyed every second of our kwentuhan... As Pax puts it, "Acting coool and wala lang, but kinikilig ako deep inside!" 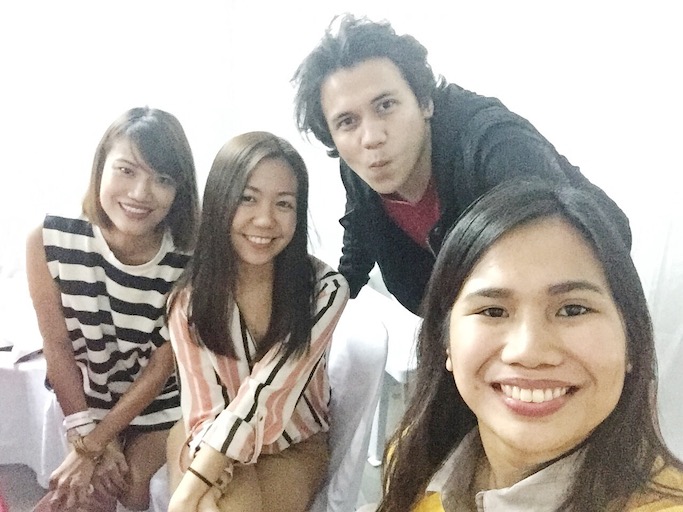 We went out of the band's holding room to watch Alden Richards sing Thinking Out Loud and God Gave Me You. The audience was roaring! 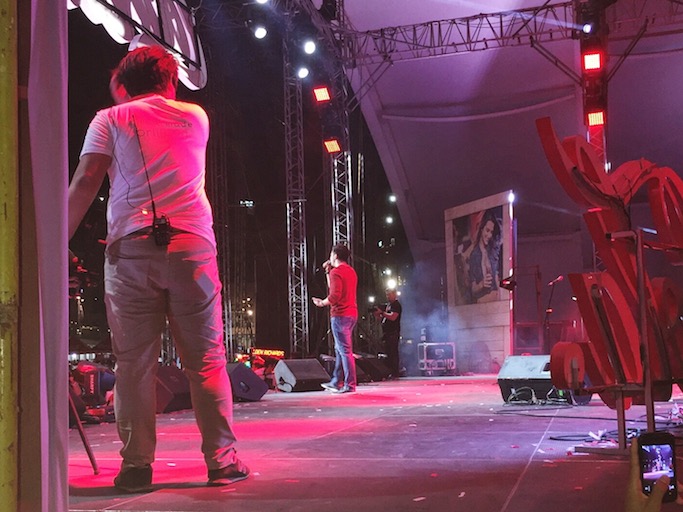 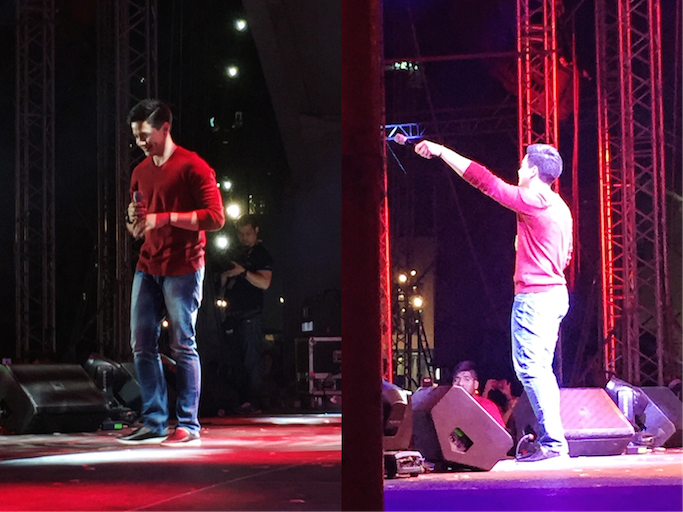 Pax also styled Joyce Pring for some of her hosting gigs, so I was also able to meet her! :) She's the host of the  #TasteTheFeeling Festival along with Chino Lui Pio. 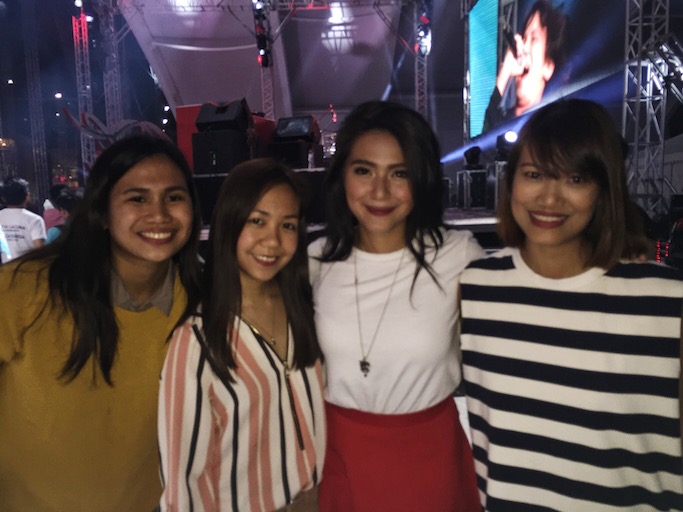 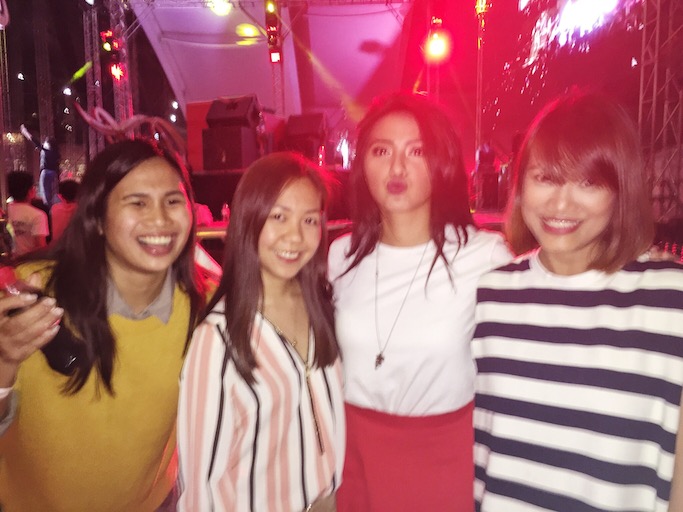 And of course, was all out support for Sponge Cola when it was their turn to perform. Did you know that the three of us (Tracy and Pax) already appeared in one of their music videos from few years back!?? Hahaha! (read more HERE) 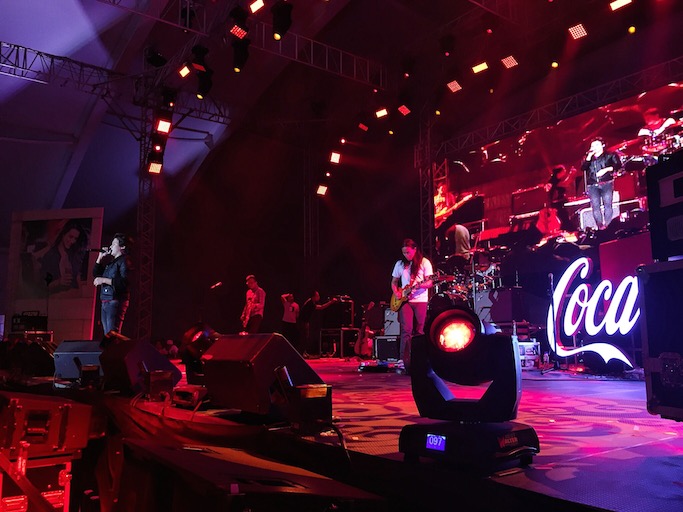 Yael "crowd surfing" is my favorite part! He has always been a performer, always had this connection with the audience. I feel that after a Sponge concert, everyone goes home moved (happy, emo, etc). 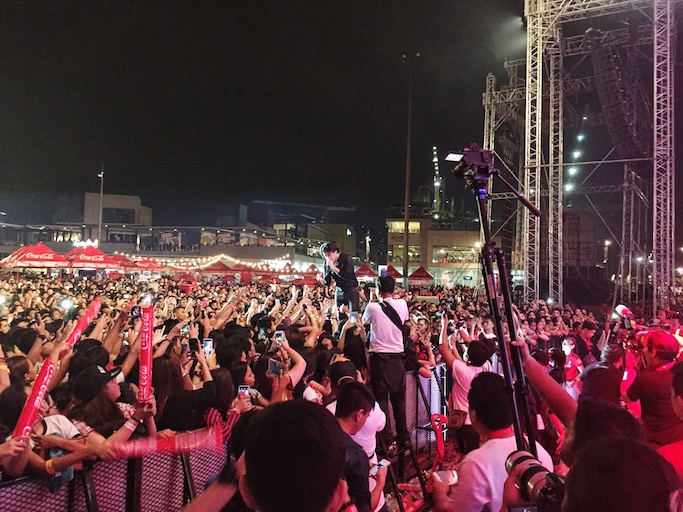 Plus, they sang most of my favorite Sponge songs, including Bitiw, Puso, Di Na Mababawi, Tuliro, Kay Tagal Kang Hinintay, and, of course, Jeepney! 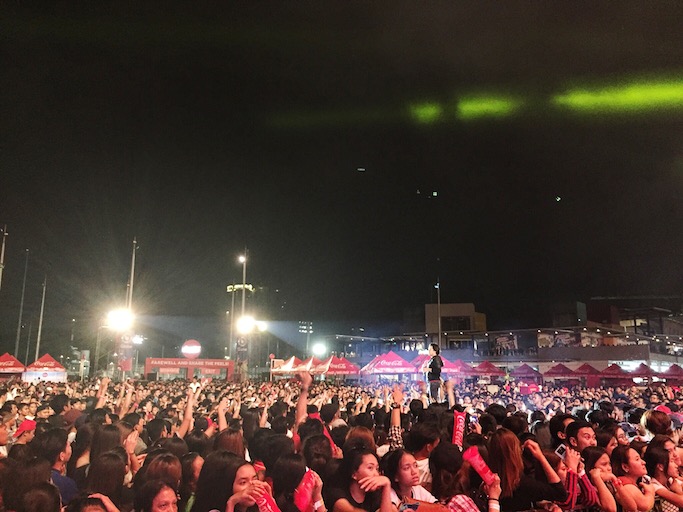 It was a humid and exhausting day, deserve mo ang Coke, Yael! Hehe! "Blogger Pose" with the band after the show, before saying good bye: 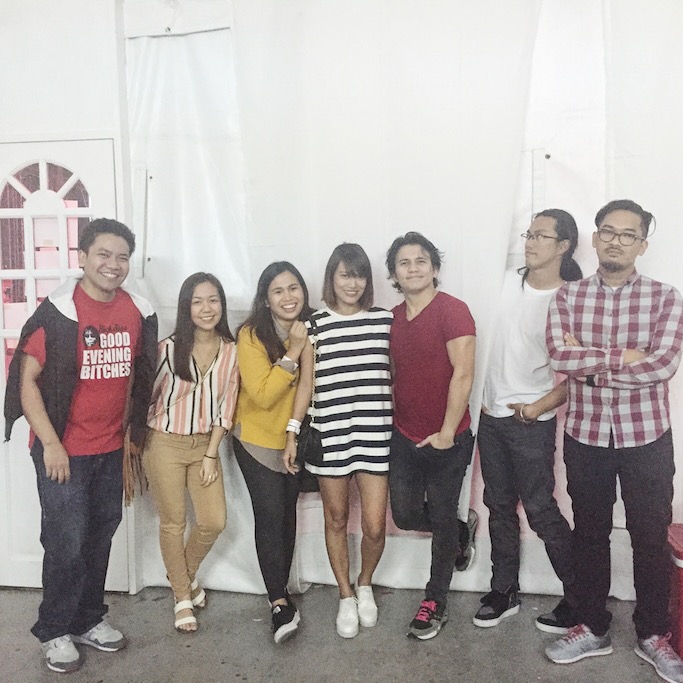 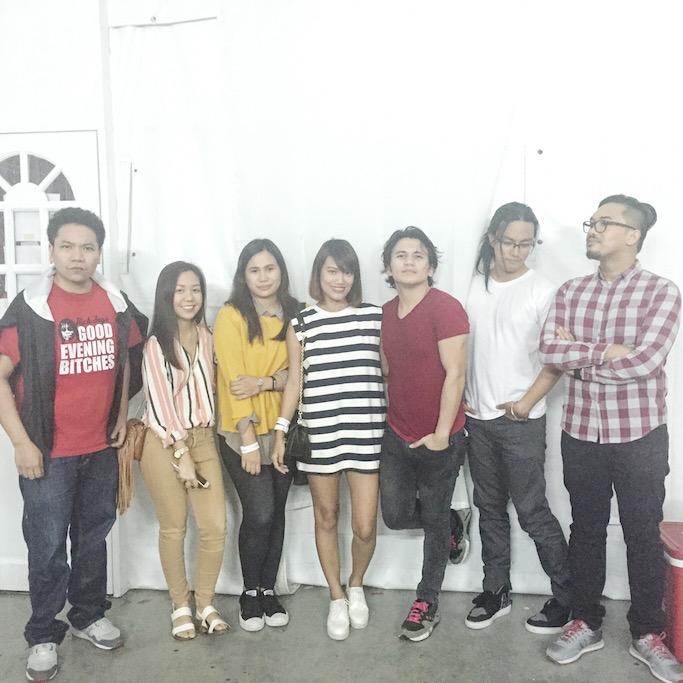 Thank you Coca Cola for this cool experience! You made thousands of people happy that day. 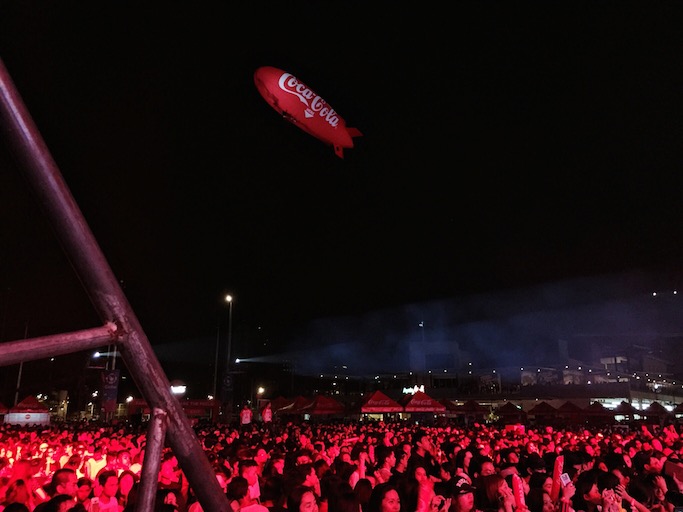