What I thought was the final lineup abruptly changed just a few days ago as Paradise International Music Festival announced another addition to their exciting list. 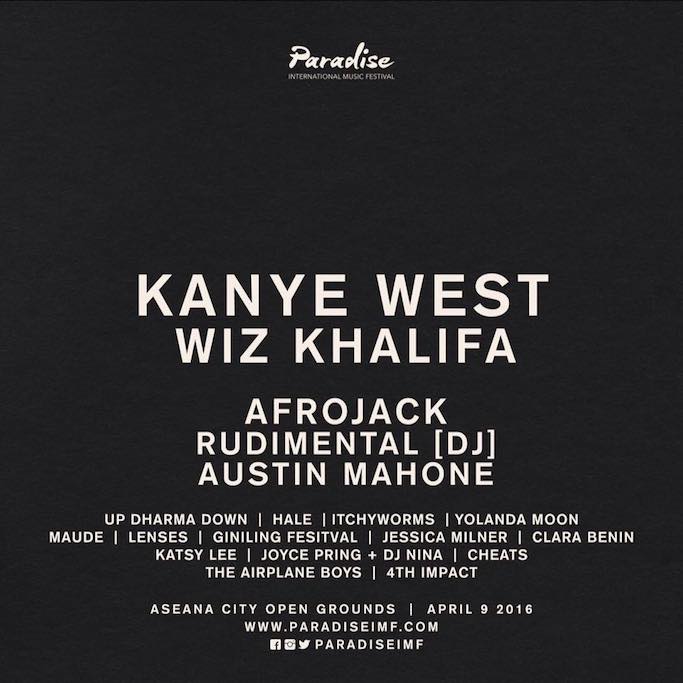 Here are some of Wiz Khalifa's hits.


Will he play these songs? What are your favorites from Wiz Khalifa?

Paradise IMF will be held on April 9 at the ASEANA City Open Grounds in Parañaque City, under Boardworks Media Entertainment, a group renowned for bringing in international acts such as John Legend and Lifehouse.