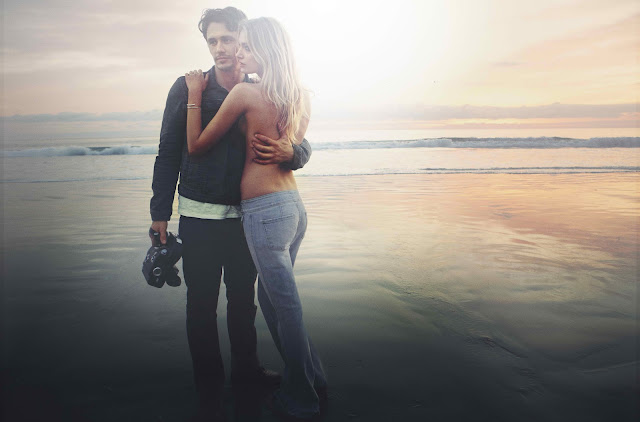 LOS ANGELES, CA (February 22, 2012)  7 For All Mankind, the world’s premiere brand of denim-lifestyle products, unveils the second of a series of episodes directed and edited by James Franco. Episode 2, named ‘The Birthday Party,’ portrays the story of a riotous house party that takes place over a warm December weekend in Malibu. From the pool party to a barbeque to splashing around in the ocean, ‘The Birthday Party’ takes us on a visual journey of that wild and carefree weekend.
The full narrative, featuring a cast of characters including Henry Hopper and Amber Anderson, will continue to unfold in additional episodes of the project. 7 For All Mankind will continue to release new episodes each week on their YouTube channel (youtube.com/7forallmankindjeans), which will culminate with a full-length feature film.
Born from an art film imagined and created by James Franco in collaboration with the brand’s creative agency, LIPMAN, the unorthodox campaign is an innovative multimedia experience that embodies the brand’s California roots and ‘forever cool’ aesthetic.  The campaign debuted with a short teaser video, which was shot from behind the point of view of James Franco.
Shadowing a cast of actors, artists, models and musicians that embody the Los Angeles way of life, the campaign evokes the causal California lifestyle interspersed with fashion and sexuality, the resulting imagery and film communicates the brands’ values with a realism that is entirely unique.
While Franco is known for his exceptional work in the arts, this was his first time shooting an advertising campaign. “Working with 7 For All Mankind was an amazing experience.  I was able to work in ways that were similar to what I do in the film world but in this case we had a tremendous amount of freedom.  We were liberated from the conventional film apparatus and were able to create something both classic and new," said James Franco.
For more information about the 7 For All Mankind® brand, please visit: www.7ForAllMankind.com
james franco seven for all mankind