I never imagined I'll get to see a Kdrama idol up close, and two times at that!!! They are always super private, and they're so good in disguising themselves with caps and face masks... you won't even notice you're passing by a K-star along Myeongdong or Gangnam!

Park Shin Hye is one of my first favorite Kdrama girls because of The Heirs! Every time she cries, I cry, her laugh is contagious, her kilig during Lee Min Ho scenes goes through my computer screen, and her eyes! They are just so expressive! The best part is seeing her outside all the various roles she played onscreen. Thank you Bench for bringing our favorite Korean actress here in Manila! I really hope that there will be more chances to meet them (and more budget for me to afford going to these shows hahaha)!

With Pax and Ashley in Araneta Coliseum last July 28, 2017 for the Flower of Angel: Park Shin Hye Fun Meet & Concert. 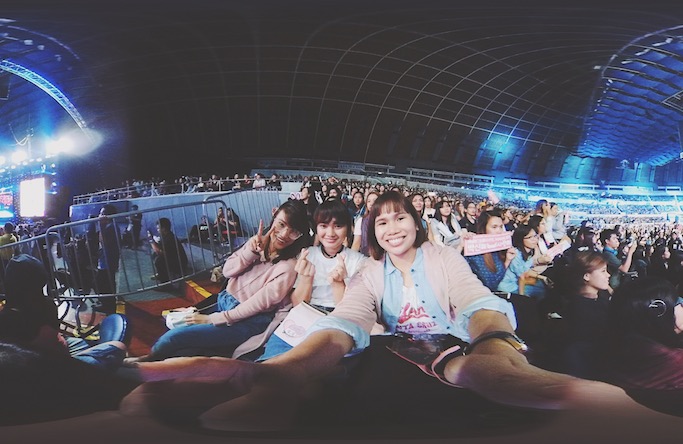 Prior this event, my @koreainmanila friends Ashley, Ava and I bought our Php 1800 worth of Bench merch to get the limited patron passes on the first day they were released! Sobrang desidido kami to watch! Sadly, Ava suddenly had a trip to Japan with her family, so Pax bought her ticket.

On the day of the event, Pax, who lives in Cubao, helped me get my real ticket since it's not yet the pass we got from our purchase. I thought it ends with that, but seating arrangement is another story! Learned that it's on first come, first served basis. We have to thank our baby Chelsi for helping us save good seats since we all came from work and prior engagements! Upon entering the coliseum, the crowd was already hyper! They were singing K-Pop songs like Fire from 2NE1. We couldn't find Chelsi because of the riot, so we were going around the whole section looking for her! Haha! Honestly, nakaka-excite lalo!! 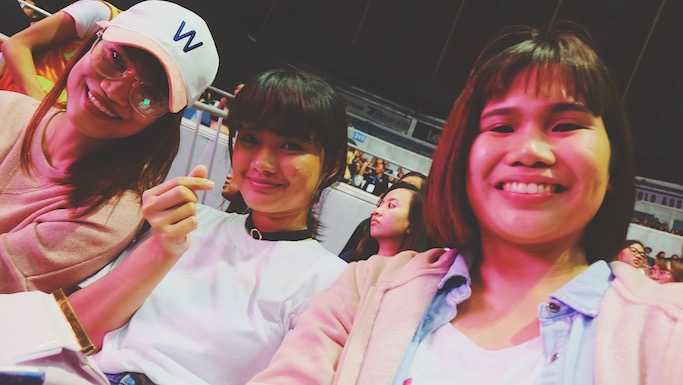 Thanks baby Chelsi! Sorry if nahassle ka namin! We love you!!! 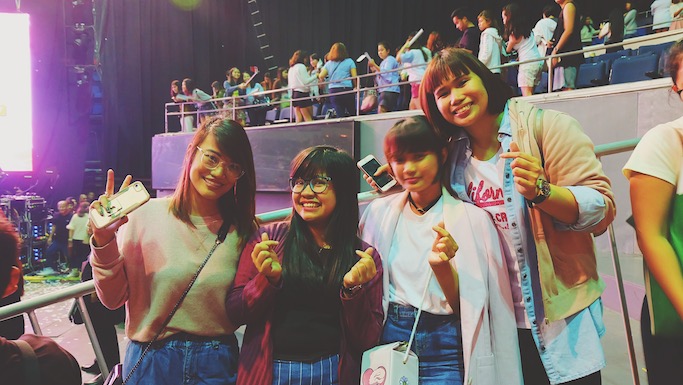 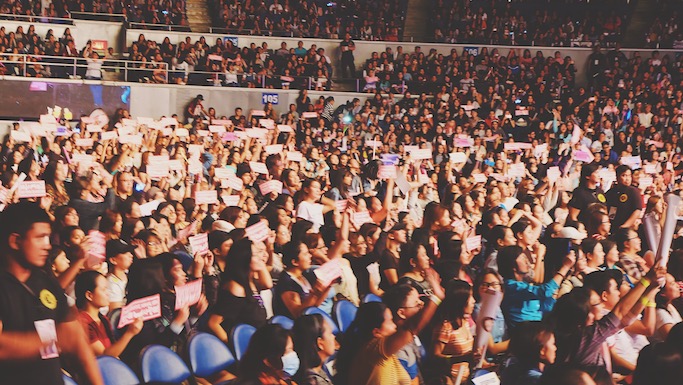 Now I know why most of Park Shin Hye's fan meets have the word "Angel" in the title... She's a real one here on earth! These kids are part of the Shin Hye Center here in Manila. The actress first opened up her charity organization for malnourished children in Ghana, and now reaching out to our kababayans. 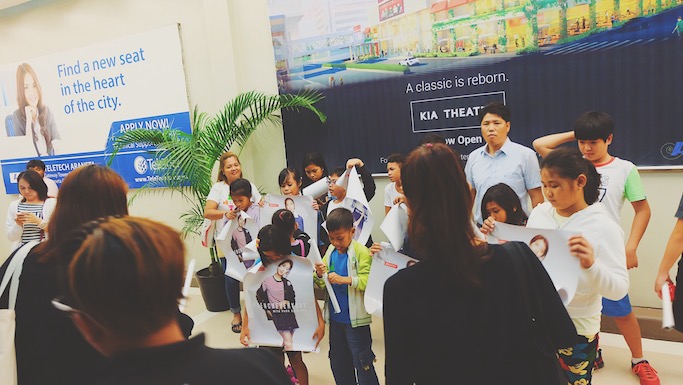 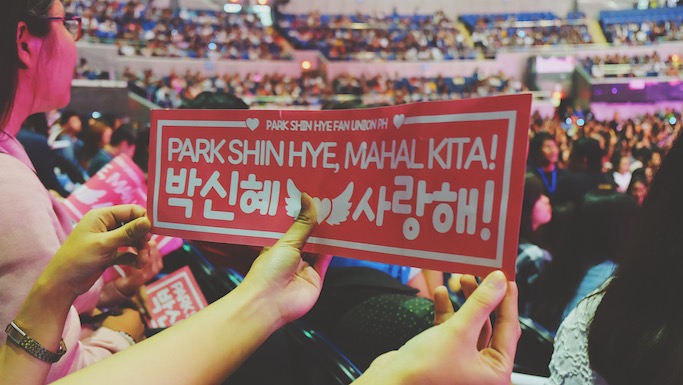 It was my first fan meet, so I had zero idea on what's going to happen. I thought it's going to be just a night of songs, dance numbers, and interviews, but it's so much more than that!

Of course, the show started with Park Shin Hye singing a few songs... 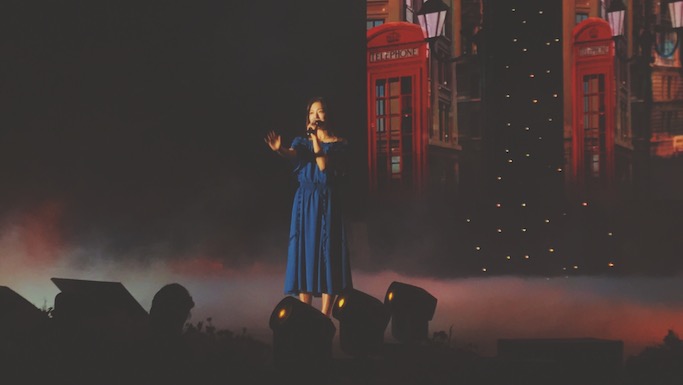 I was almost got up from my seat (kaso bawal) when she started singing a soundtrack from The Heirs... Complete with visuals! I remembered watching this series even during my bus and cab commutes! Take note that I usually just watch Kdrama at night in my bed, but dito hanggang umaga dala ko sya! Haha! 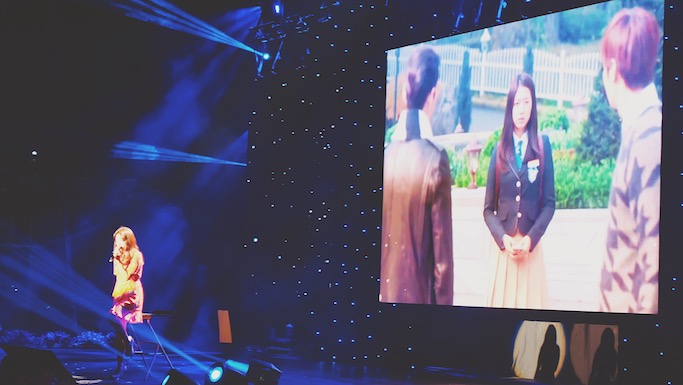 So here are the other segments during Park Shin Hye's fan meet. Ashley said na parang everything in the show is conceptualized by the actress herself. Siya pa nga mismo ang nag host ng fan meet niya, nakakatuwa!

Here she prepared a 3-layer bento for one lucky audience: 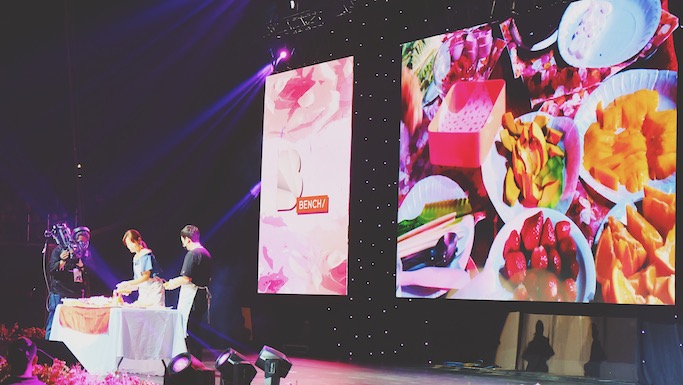 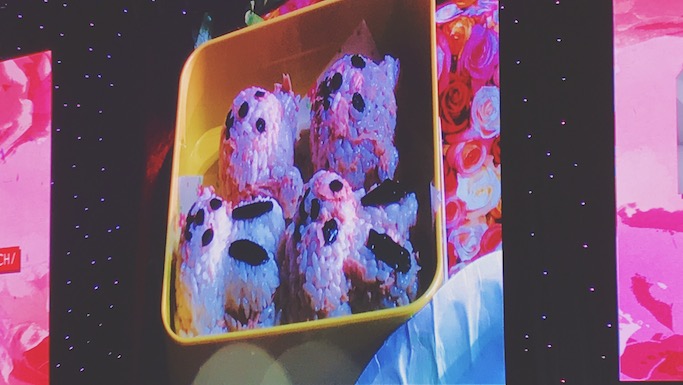 Meanwhile on the next segment, PSH wore her lab gown ala Doctors to give advice to 2-3 lucky fans. She gave a hand-written version of her advice, and even had the fan onstage with her! Here you will really feel her sincerity, and how she wishes her fans to just achieve their dreams! You can't help but love her even more. 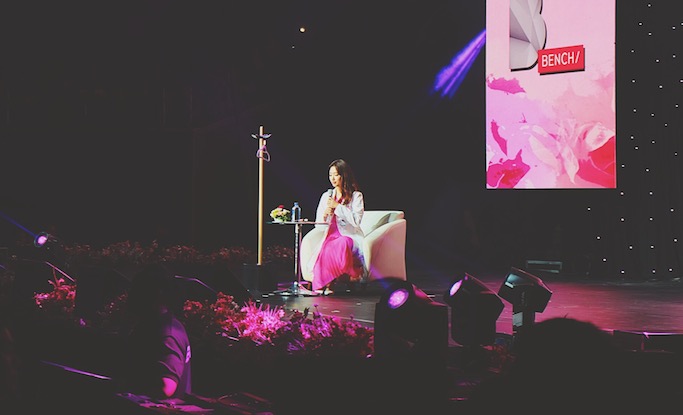 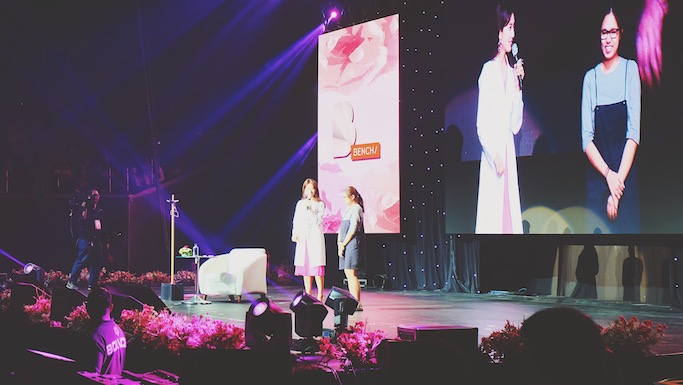 Cute segment where the contestants have to copy different scenes from Doctors, and get an Instax print with Park Shin Hye! Akkk.. Lucky girls! 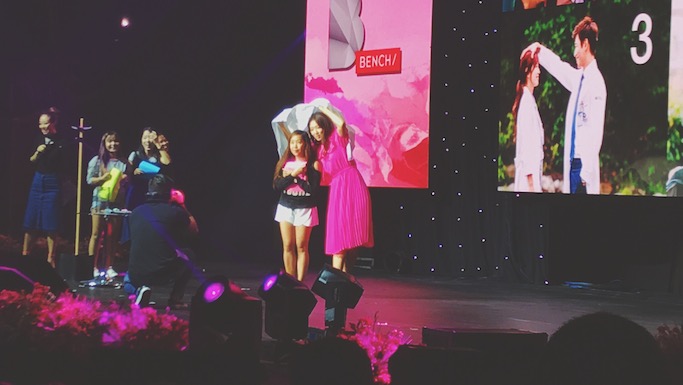 Jukebox segment! Selected audience members played "Name That Tune" and sang Park Shin Hye songs onstage! One of them stood out as she knows almost all the titles, and even impressed PSH by singing the Korean lyrics! They were all given signed Doctors picture books, roses, and hugs from PSH... Sobrang kainggit! 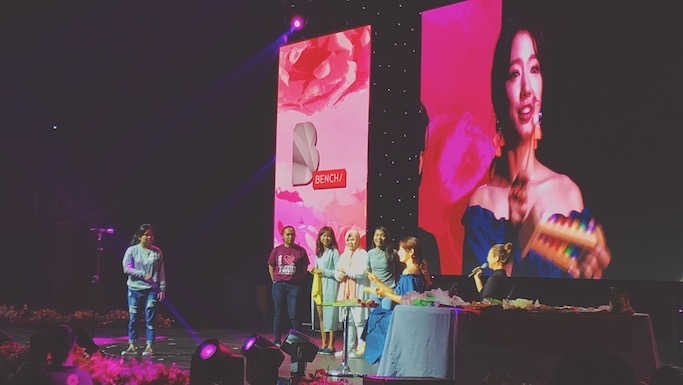 Two hours went by... The show ended with a selfie! ❤ 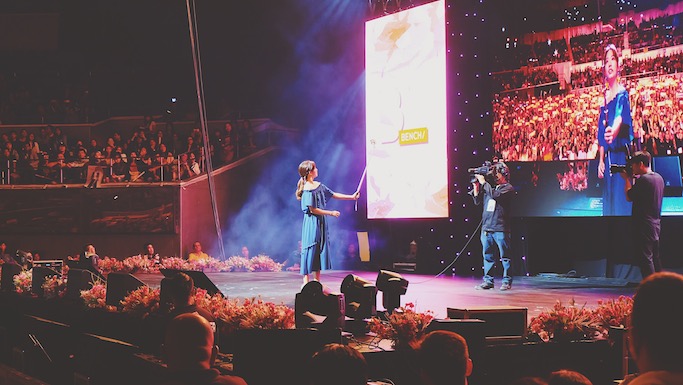 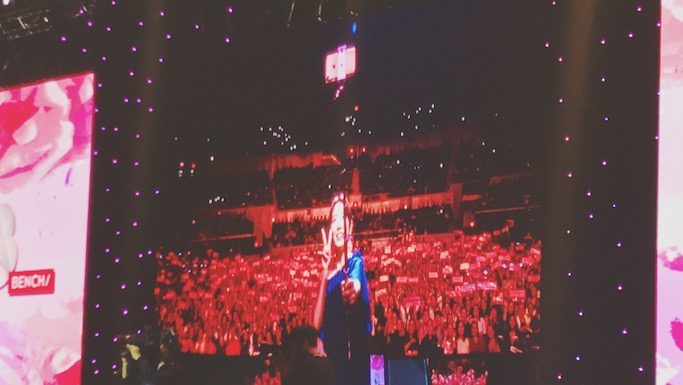 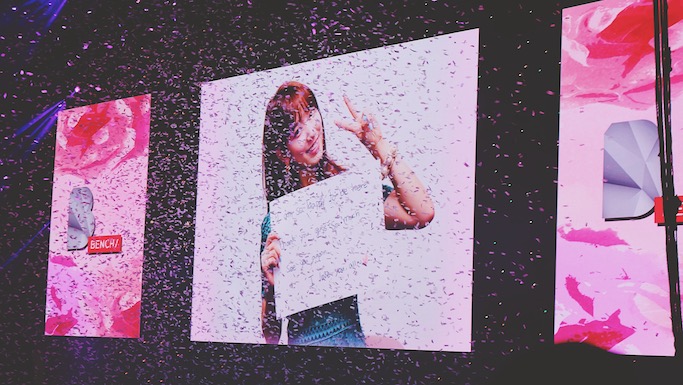 Wearing pink and denim with my girls. 💖 Not so obvious, but I was wearing a shirt with California that day. If you've seen The Heirs, you'll get why!! 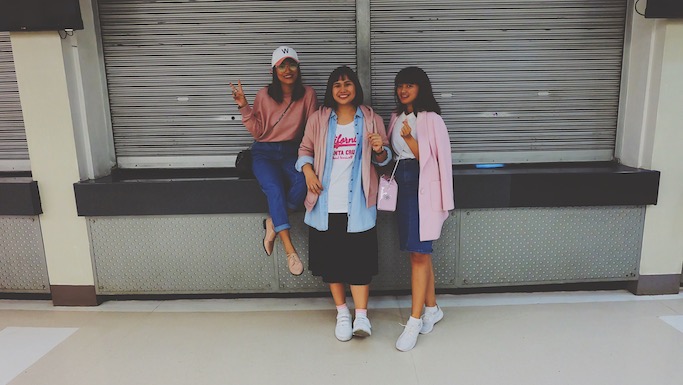 An unexpected invite, I was able to see the actress twice during her Manila tour! SM and Bench team invited me to the SM Megamall meet and greet last Sunday! The show was short but sweet, but it was even more up close than my concert experience! Also, wouldn't miss this chance coz kelan pa ba uli ito mauulit diba! 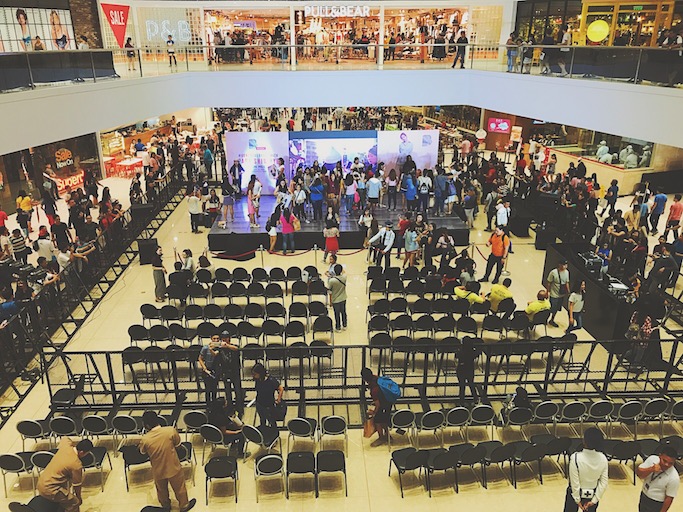 I came on time, and the show started immediately! Buti nalang di ako na-late, huhu! They had a short interview with Park Shin Hye, which you can also watch in my Youtube channel. And I must say, she's even prettier up close! 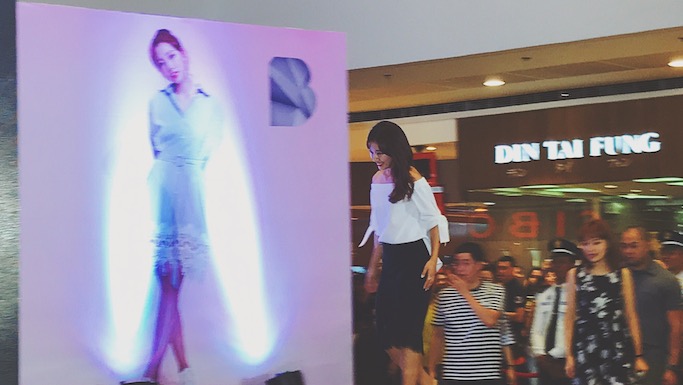 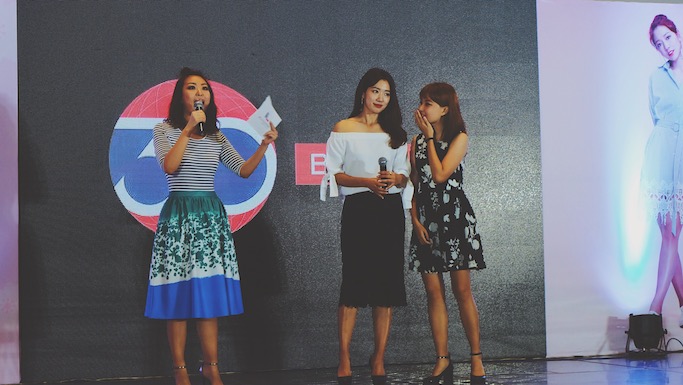 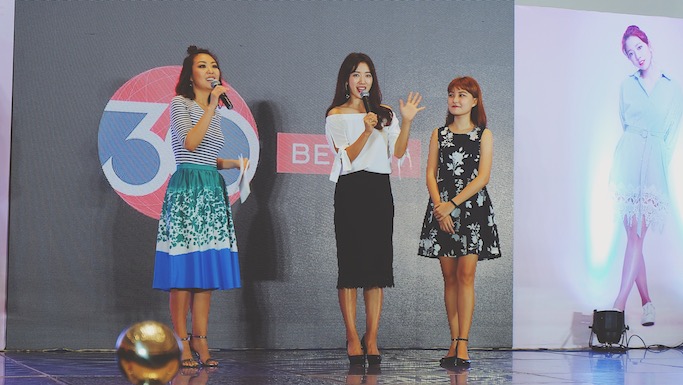 After the interview, 50 lucky fans were able to go up the stage and receive a gift + poster from the actress. 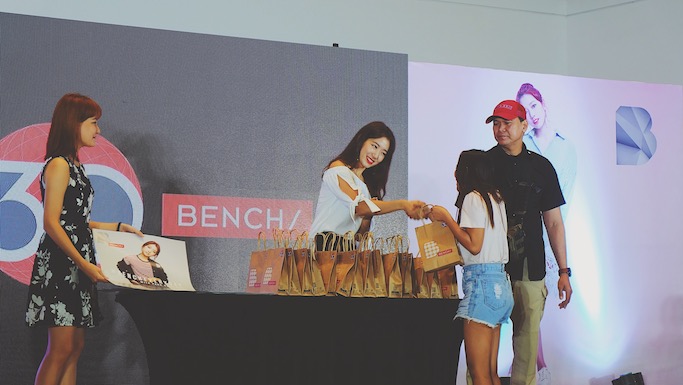 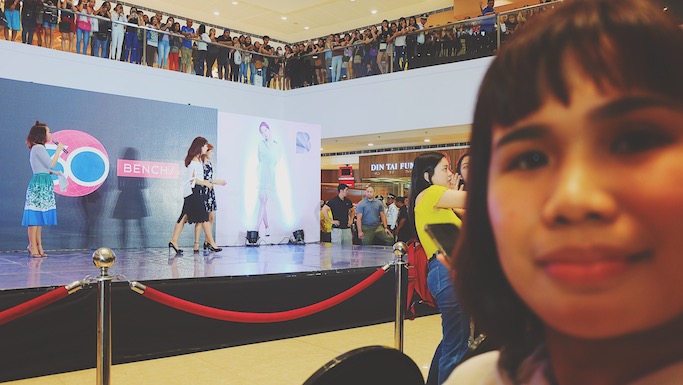 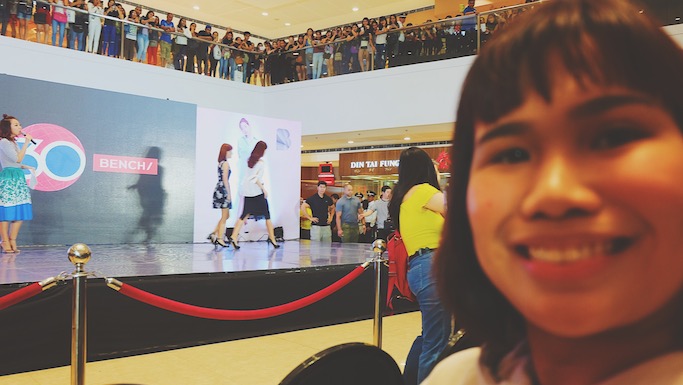 I also met a few online friends and readers thanks to these events! Life of a fan girl has been good this year, noh? ❤ I am grateful for all these big and small happy moments, as they say, appreciate--and all these good vibes will come rushing your way! To MORE MORE MORE real-life kdrama moments for all of us. 😌 Have a great start of a new month!