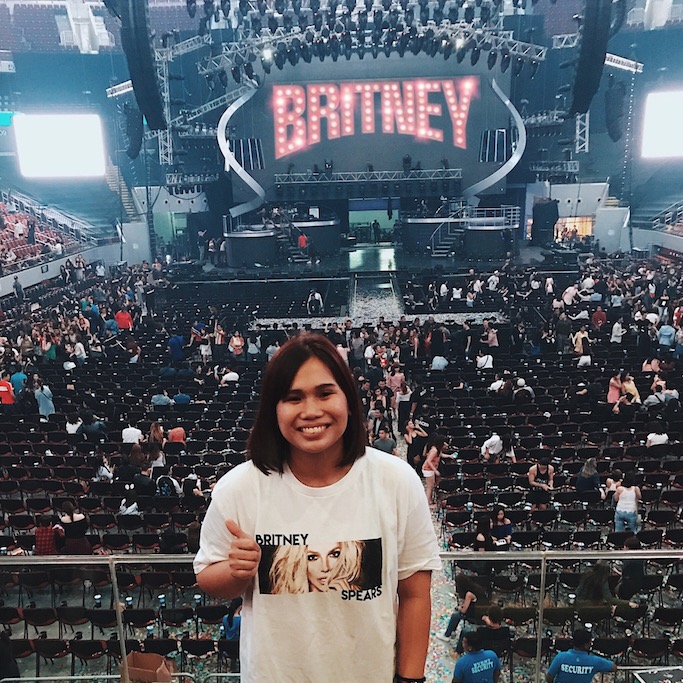 1) I left home around 4pm for an 8pm concert, but to my surprise, the traffic that day was the worst! I was on the road for more than 3 hours, and had to think of a strategy when I got off the bus in the middle of EDSA Magallanes. Rain just stopped, Grab / Uber was not an option (walang tumatanggap). I decided to take the train + jeep to MOA! It has been ages since I took this route, but I am glad to have many commuting knowledge for options in times like this!!!

2) When I arrived inside MOA Arena, the lobby was bustling! My friends Paul and Christine met me at the Coral Gate for my ticket, and I immediately asked for the merch booth. I needed to change into something else because my sweater was dripping from rain and sweat! 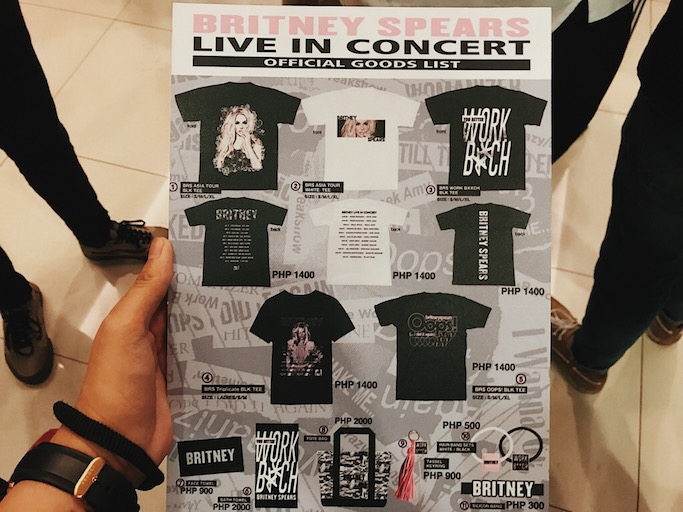 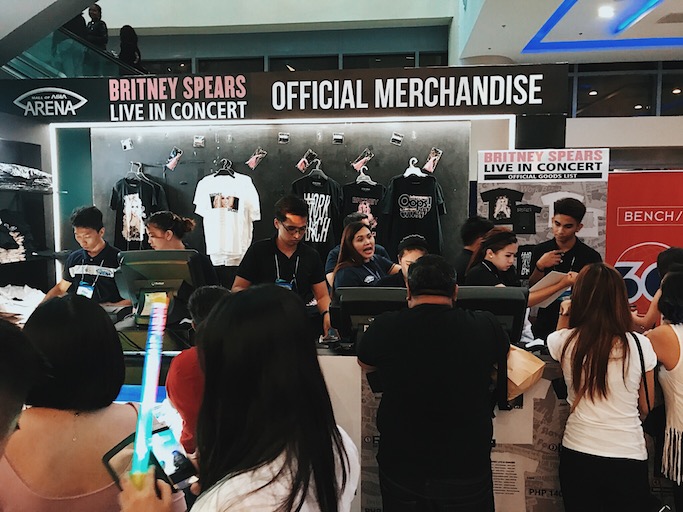 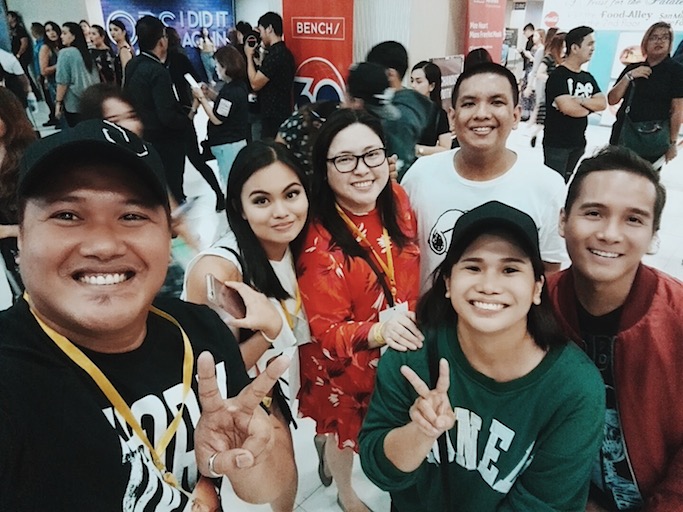 3) When we entered the venue around 9pm, the house was full! I kept on thinking to myself, who said that it's not a sold out event??! I don't even know where to stand and get a good view of Britney! My group decided to go up at the lower box section for better view, and look for a place na pwedeng tumayo nalang. 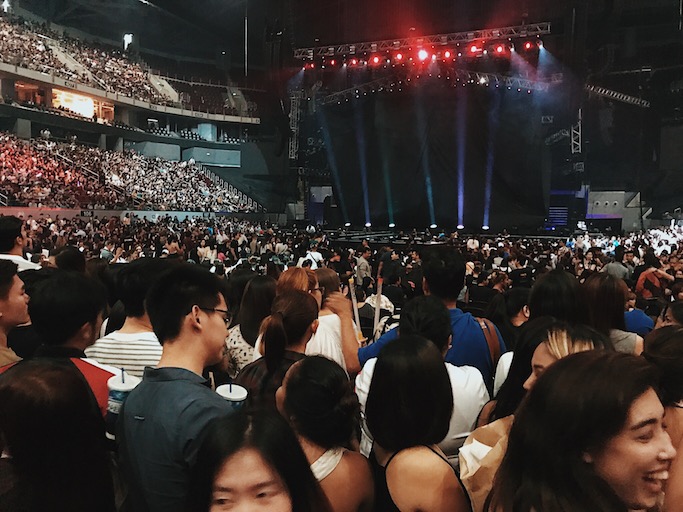 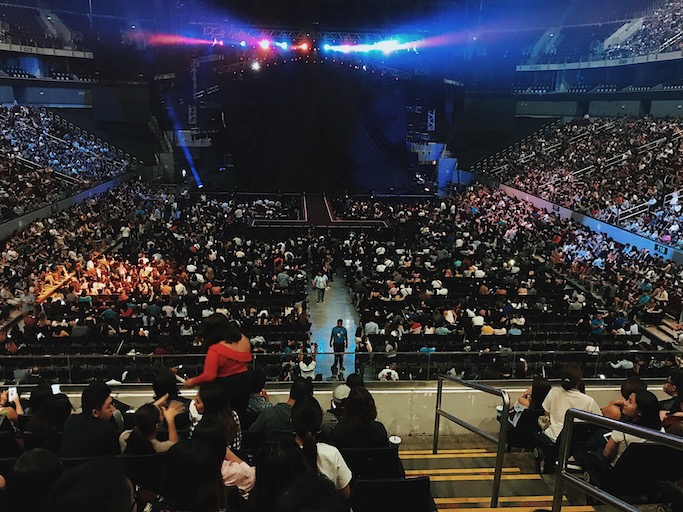 4) When the lights dimmed, I lost my friends so I just ran to the front part of the lower box section. The MOA lady ticket checker pushed me to the seats (still in front), saying "bawal po dito ma'am, bawal po!". I don't even know if maaasar ako sa kanya o magpapasalamat, hahaha! I got good seats in front of middle lower box! Was on the edge of my seat in case someone claims it, but in the middle of the concert wala parin, so yey! 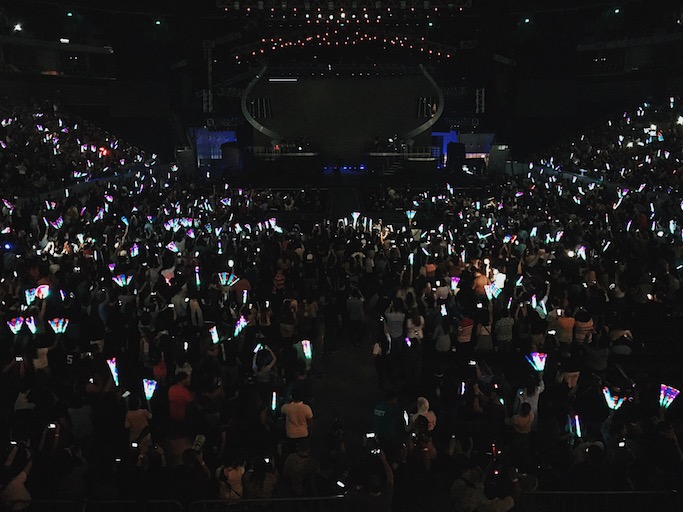 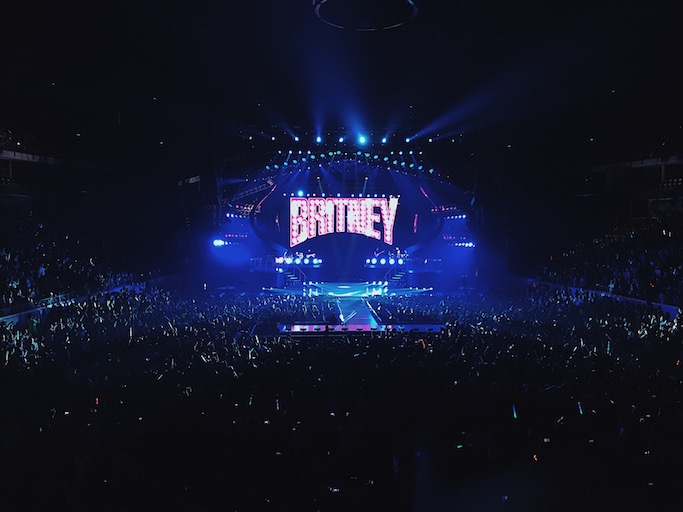 5) Can I be completely honest!? Haha! I am not the biggest Britney fan, I think mas Christina Aguilera yung household namin back during their golden days! Hahaha! BUT pinag daanan ko din ang songs niya, well I think lahat naman ng mga bata that time! I super love the senti Britney--from Everytime, Sometimes, and Lucky--na wala nga palang kinanta ni isa dyan nun concert haha! And even for a non-fan, I super respect her journey as an artist--grabe din pinagdaanan nya from heartbreaks to career dives!

Isa din ako sa pinag pawisan while watching on Facebook Britney's big comeback performance during the 2016 VMA! One can't help but root for this girl! 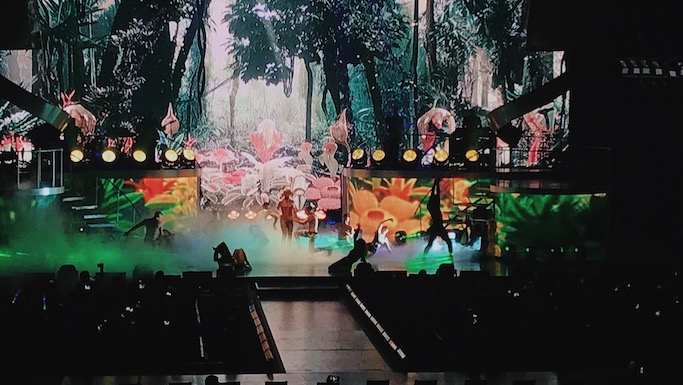 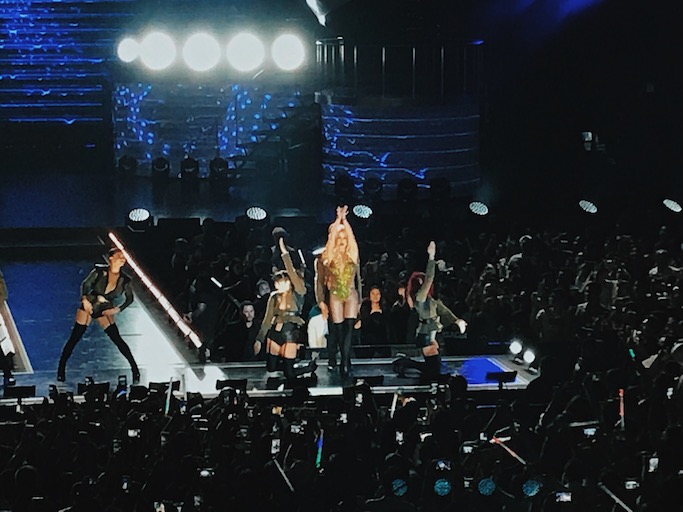 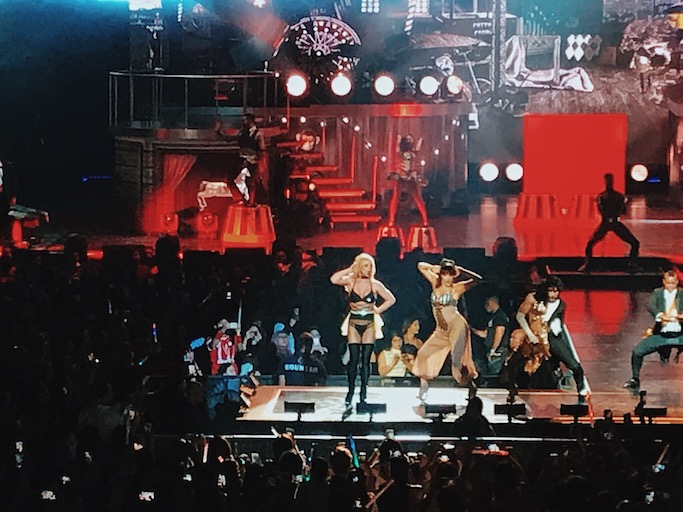 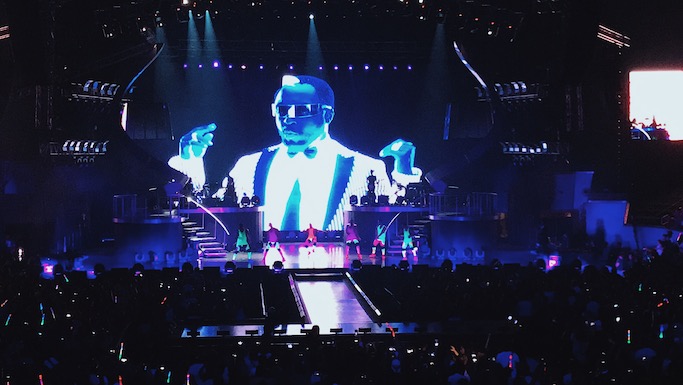 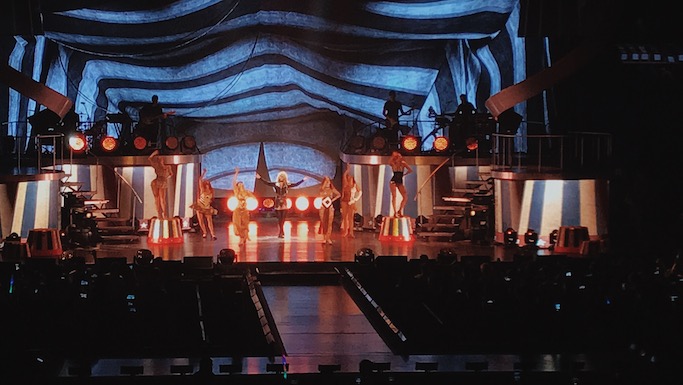 7) Onti lang talkies ni Britney during the concert, yun pa naman ang habol ko when watching artists live. You get to connect with them kasi when they tell random stories or jokes, minsan nga kahit yung over-used na "Mahal ko kayo!" from my favorite artist, sobrang kilig at tatatak na yun for me! 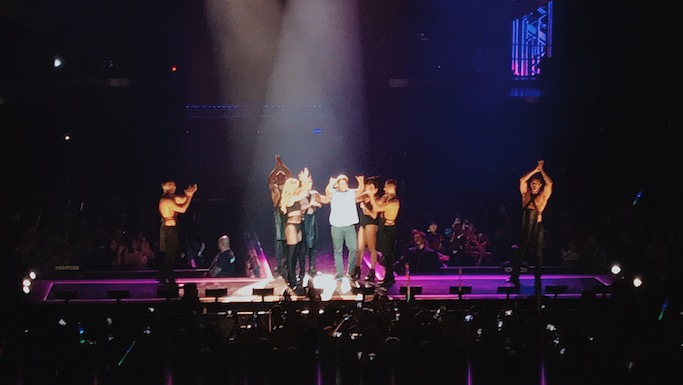 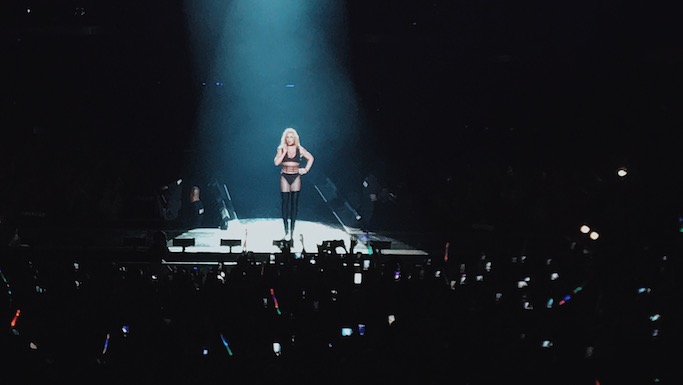 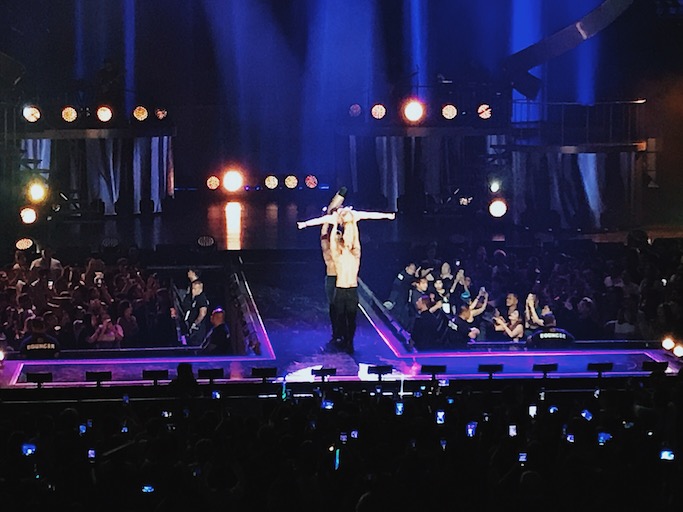 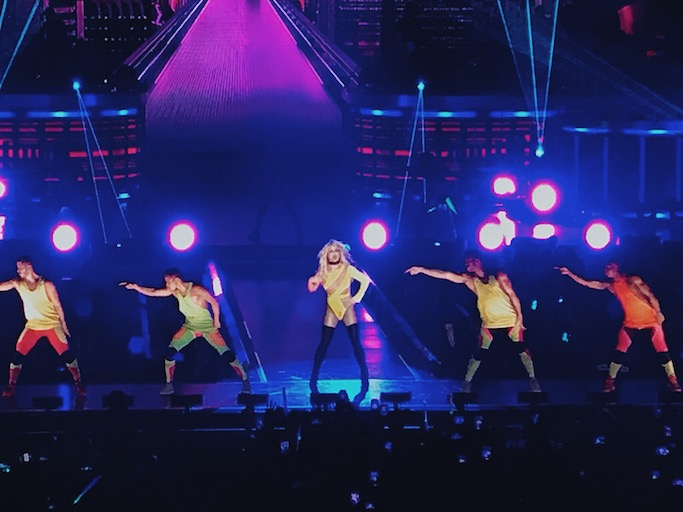 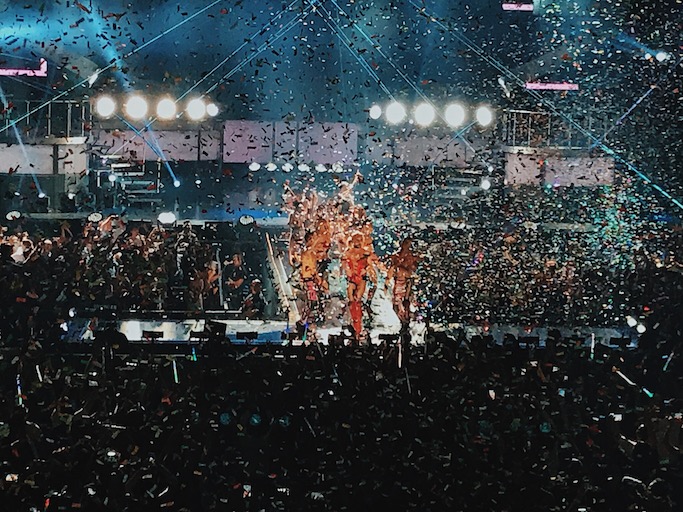 "We were there" moment! 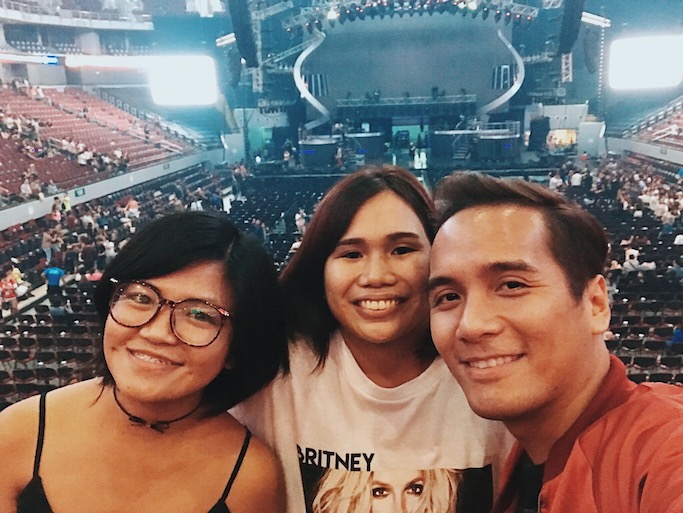 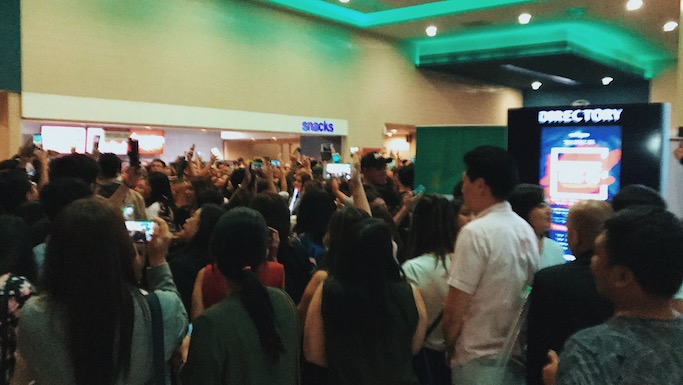 Follow Smart Communications on Facebook or visit http://smart.com.ph/Pages/musiclive to stay updated with the coolest concerts in the metro! 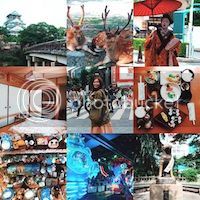 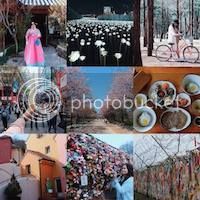