Are you headed to South Korea sometime in the spring? As you may have read from a previous feature here on Anagon’s Blog, winter season falls between December to February, which means that spring will be in full swing in the months to follow. 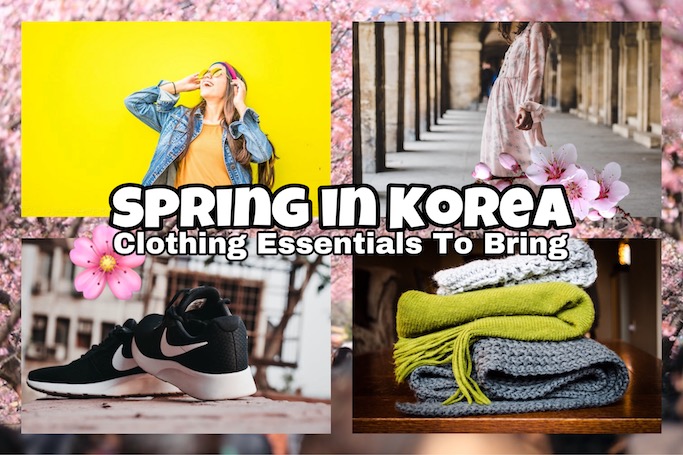 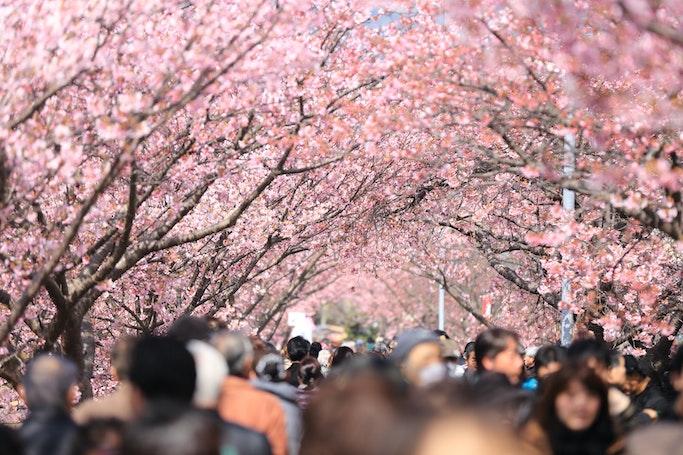 If you visit from March to May, you can bless your feed with a sea of cherry blossoms — yes, sakura trees are not just found in Japan. There are actually a few sites to view them from Jeju Island to Busan to Seoul. The temperatures during this season are also not too hot and not too cold.

If you’re someone who hails from the tropics and has no idea what spring fashion is like, check out this list of essentials. 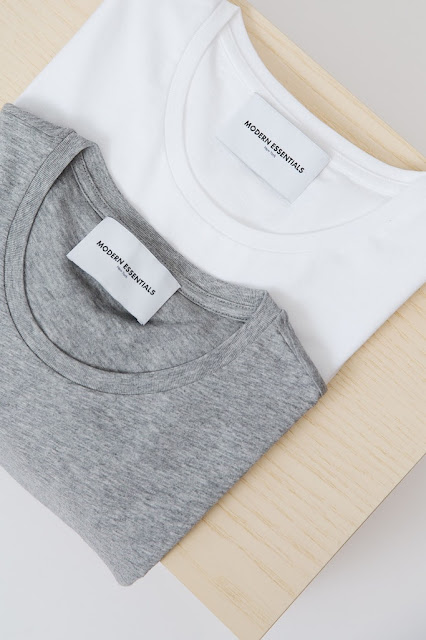 Never go anywhere without packing your basic tees. Spring is a transitional season between winter and summer so the weather falls somewhere in between. The secret is to master the art of layering, starting off with your base layer which are your basic tops (aside from your underwear, of course).

When you layer clothes, style expert Gayle Spannaus recommends choosing a color palette to bring the look together. If your first layer is something neutral, everything else that goes on top of it should be of the same color family. To break the monotony, don’t be afraid to play with textures, patterns, and even proportions. The best thing about layering is that it allows you to adjust your outfit to fluctuating temperatures, which will definitely happen during the spring. 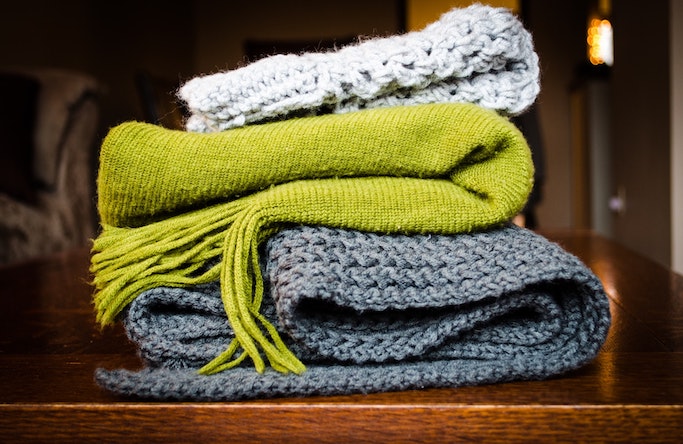 While afternoons are generally sunny in spring, there’s something called ‘spring colds’ which happen in Korea. It’s accompanied by strong winds and temperature drops and suddenly, it feels like winter again. This trio of your chic scarf, gloves, and beanie is a godsend for those chilly mornings and evenings. 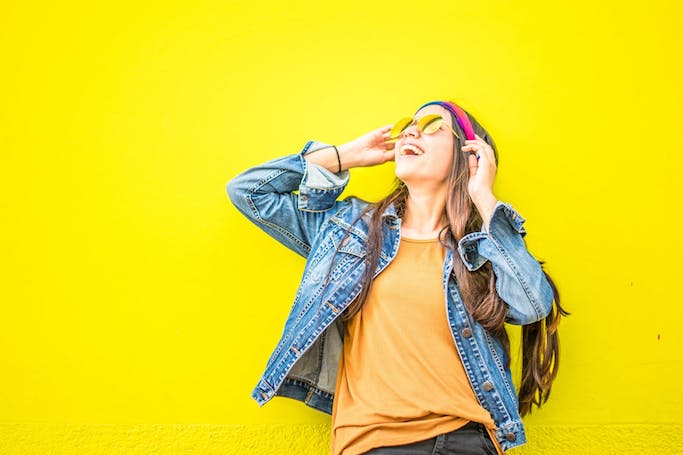 Utility, leather, denim — anything goes in fashionable Korea. Don’t leave your hotel without your jacket on your back. Not only is it an effective outerwear against cold blasts of air, it can be very stylish, too! 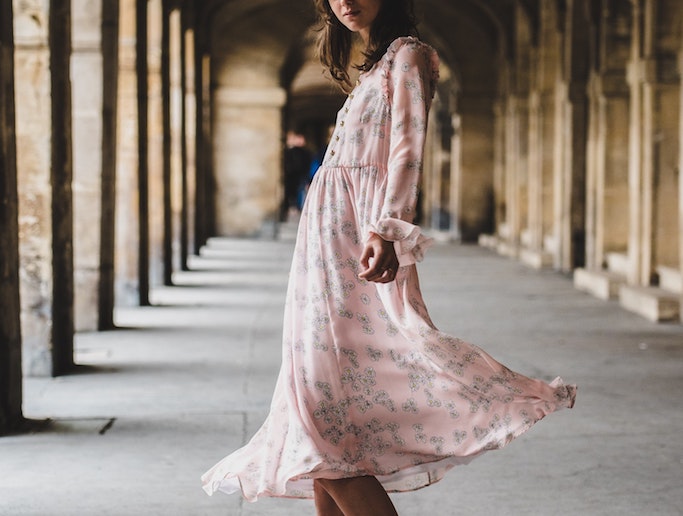 You can get away with wearing a dress by putting a jacket on top. According to The Independent, a floral dress paired with a leather jacket gives an interesting balance between looking too feminine or too tough. Try it with denim or other fabrics, too. That’s also a great way to stand out from the crowd since Korean fashion tends to be on the girly side, although there’s nothing wrong with that. A maxi dress can be a girl’s best friend during spring since it has more protection from the cold. If you’re petite, Pretty Me suggests sporting a maxi dress with a slit that will give the appearance of length. Your legs might be a little bit more exposed but pair it with boots and some tights and you’ll be good to go! 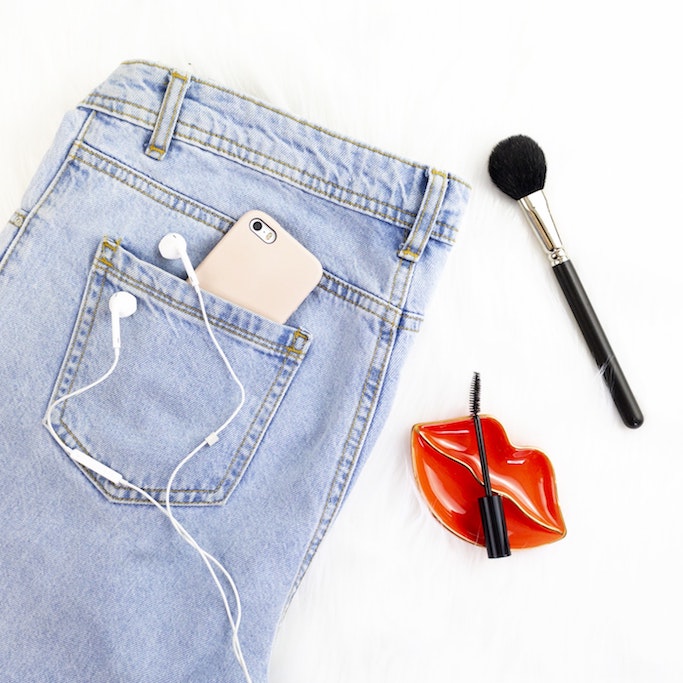 Unlike winter, you can do with a single layer of bottoms. Normal denim jeans will do the trick. If you’re wearing something a little bit light, like a pair of culottes, consider wearing some tights underneath. 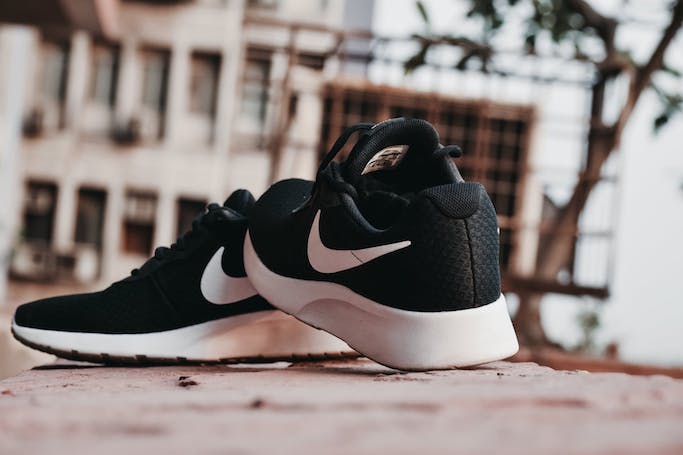 While there won’t be any snow this time of year, sneakers or a nice pair of boots are your best protection. Flats can get uncomfortable after a few hours of walking so it’s best to wear something with good cushioning. It will also be a good time to up your shoe game!


One last bit of advice — remember to plan your outfits accordingly so that they don’t clash with the color of the delicate pink flowers!