Eastpak is close to the hearts of the alternative communities – supporting the likes of creative and innovative people in various industries. Thus, the brand came up with the Eastpak Artist Studio! 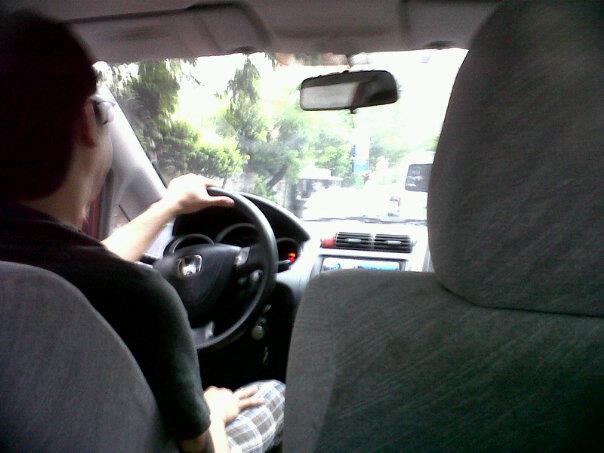 My happy place! When we reached The Collective, may ukelele ganap - they were playing happy songs, and people in the audience even strummed along their own ukelele and DANCED! Nakakainggit! - I love the free spirit vibe here! Sarah taking photos of the Kyas Ryo concert: 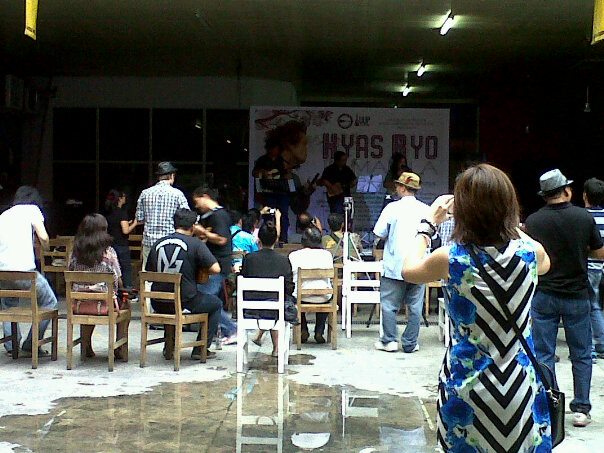 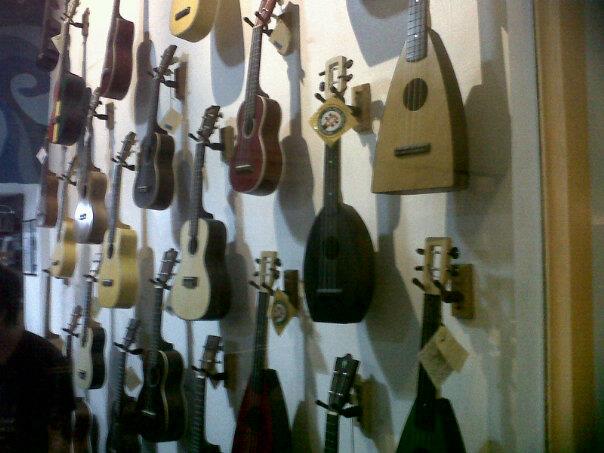 Anyway, ayaw pa namin sana umalis, but we have an event to attend to--another artsy and inspiring ganap inside the Vinyl on Vinyl store, near my other favorite CraftMNL: 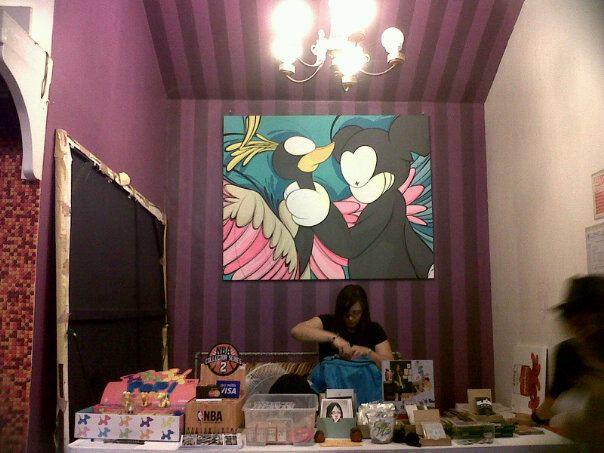 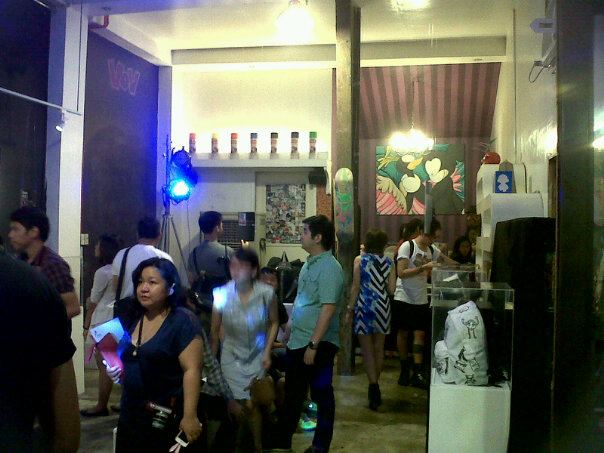 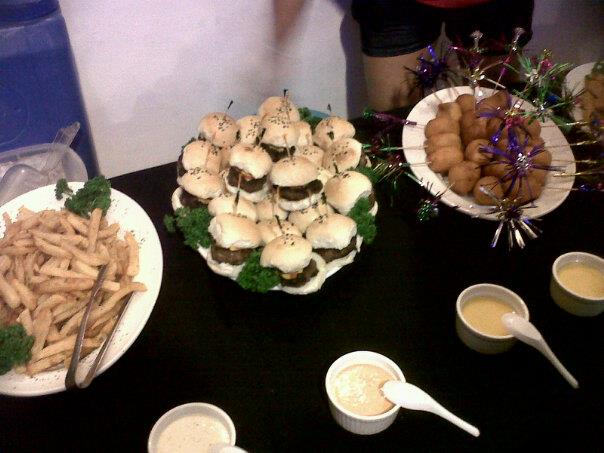 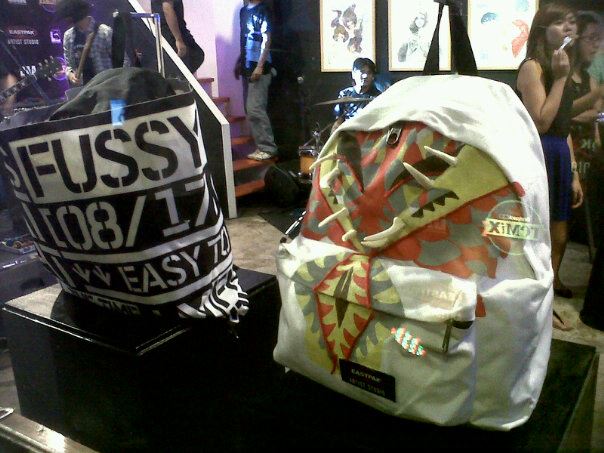 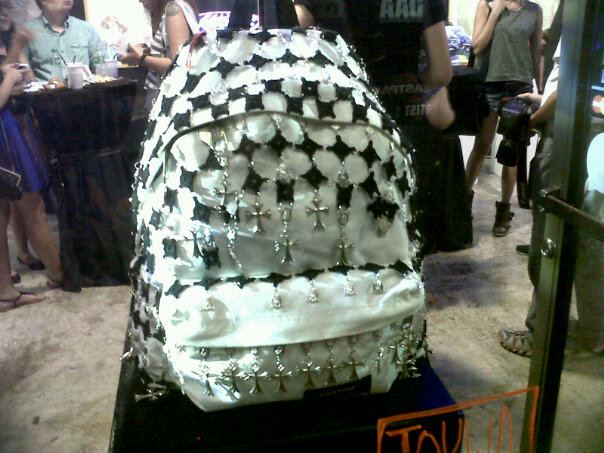 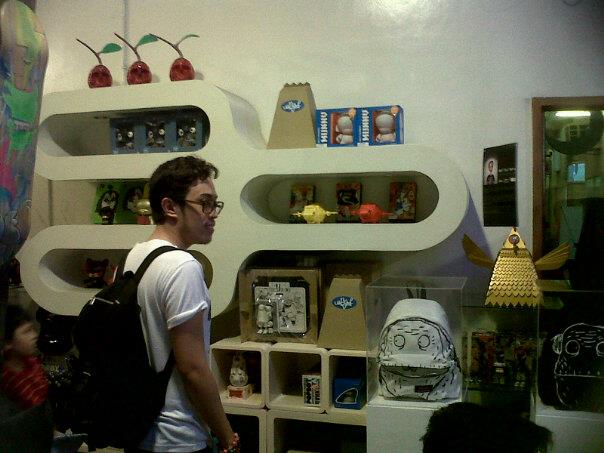 The Bratpack Remix Program involves converting blank Eastpak’s iconic Padded Pak’r bag into one-of-a-kind masterpieces by artists from around the globe! The proceeds of the project go to a charity organization called Designers Against AIDS. An art-for-a-cause! 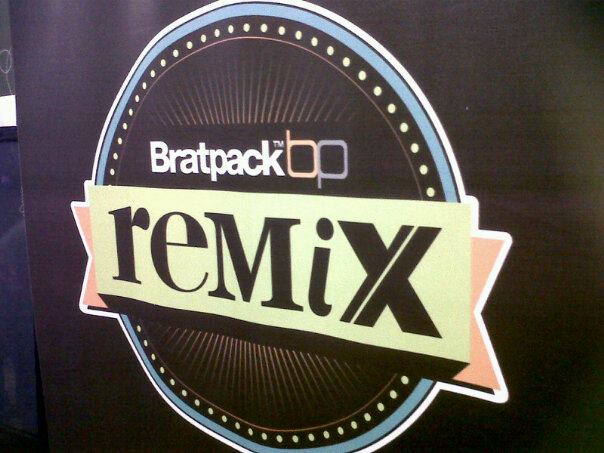 The event is somehow similar to our Shulong exhibit in Trinoma months ago, where selected bloggers designed our plain Shulong sneakers to reflect our personalities-but for this, medyo larger scale sha and international.

The past editions involved around 130 artists, including graphic designers, product designers, DJs, and even chefs! Saw these hardbound books on display along with the backpacks, and learned from Primer's Ean Sanchez that the book features the backpacks designed by artists ALL OVER THE WORLD! Sobrang cool! 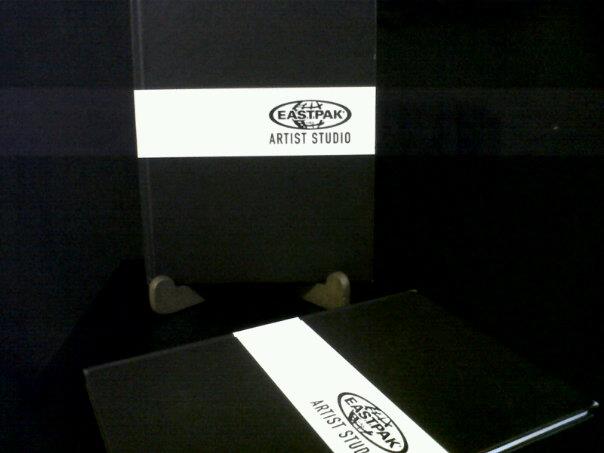 For Pinas, five local artists were tapped by Eastpak and Bratpack Remix: 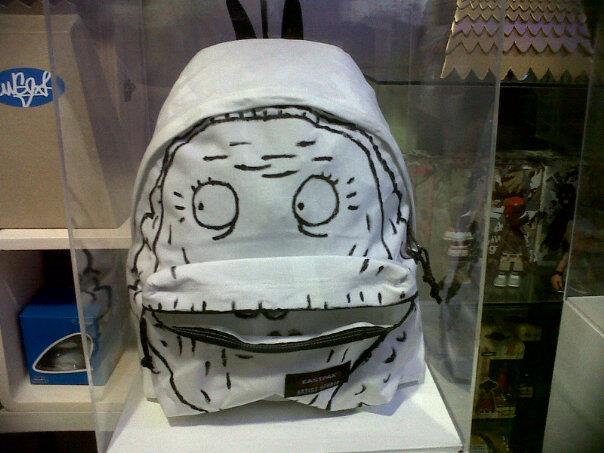 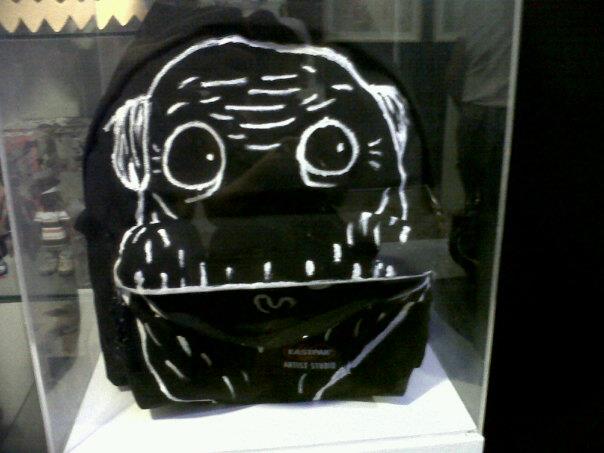 If not busy producing ideas for advertising, John Paul “Apol” Sta. Maria can be caught breathing life to characters in his comic books and art works. Aside from being a notable visual creator for the corporate industry, Sta. Maria is a well-loved in the art scene for his uncanny pieces that invokes humor and curiosity in the mind of the observer. 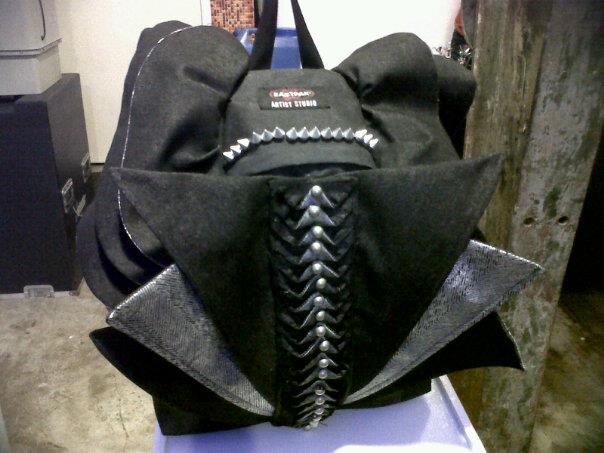 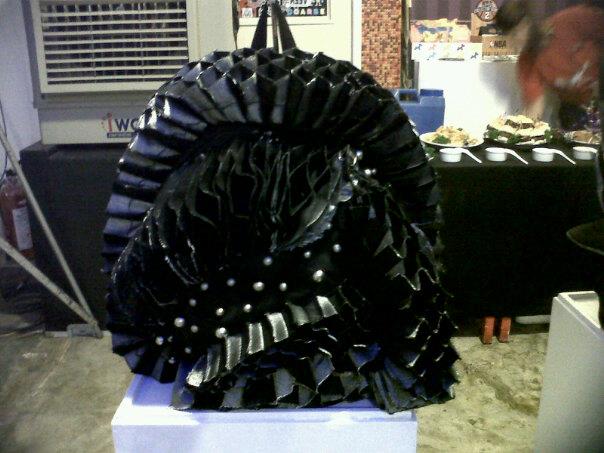 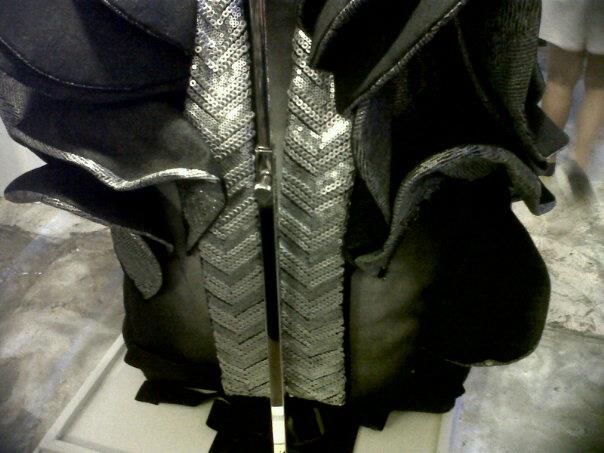 Representing the local fashion and art scene is Happy Andrada, co-owner of F*Art Fashion and a winner in a slew of design competitions here and abroad, including awards from the Miami International Fashion Week, International Emerging Designer of 2012, Swatch Watch design contest, and the Inspiring Young Filipino Entrepreneur Award by Go Negosyo 2010. Not new to representing the country abroad, Andrada brings pride for the country in international fashion events and art conventions. 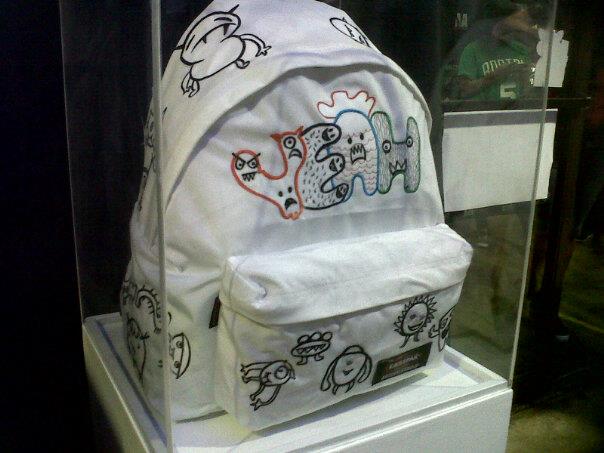 Paulo Bernaldo has earned recognition as the bassist of Moonstar 88 and The ButcherCons. Aside from his musical inclination, Bernaldo is also an award-winning music video director for both local and foreign artists such as Kamikazee, Parokya ni Edgar, David Archuleta, and more. To further elevate his aptitude for the arts, he is also a graphic and tattoo artist. 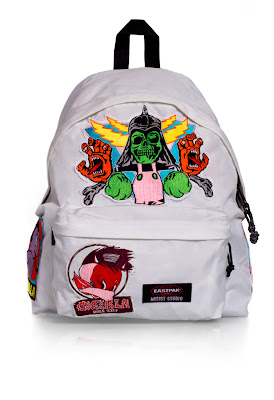 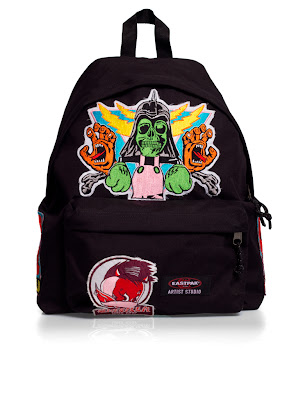 An exceptional trendsetter in the practice of graphic arts, JP Cuison is highly-recognized in the Philippine advertising scene and is a two-time representative to the Cannes Young Lions International Advertising Festival. With a knack for infusing the old with the new, Cuison’s taste has led him to be commissioned by heavy-weight brands like Puma, Asia Brewery, Manila Beer, Bench clothing, as well as concert posters by local and foreign musical acts such as Rico Blanco, Razorback, Mr. Big, Addison Groove, and Lymbic System. 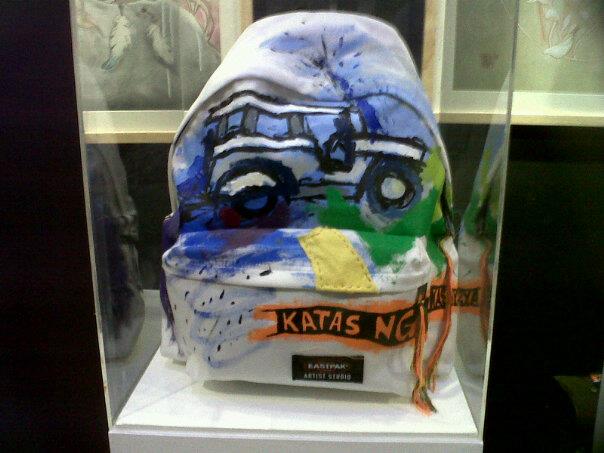 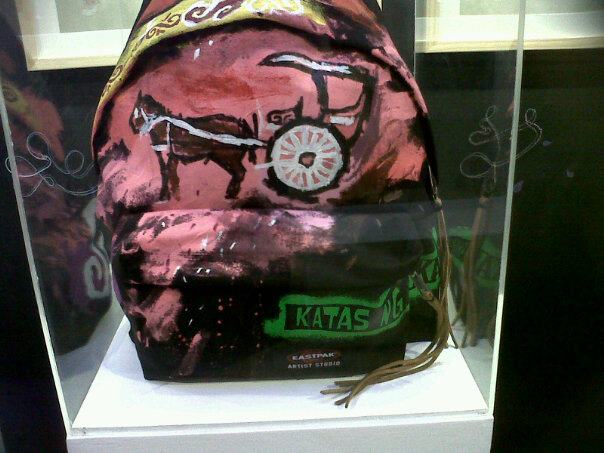 Meanwhile, Resty Tica’s edge lies in his impressive art works. As a print graphic artist and award-winning painter, he is known for his abstract expressionist imagery driven by pop art sensibilities. Tica has participated in numerous group exhibitions, as well as award recognitions such as the Grand Prize for PLDT-DPC Telephone Directory cover art completion, the Artist of the Year Award of the TUP Fine Arts Gawad Pagkilala sa Sining, and more. He is also a graphic artist for network giant, ABS-CBN.

Sayang bands such as The ButcherCons, Moonstar88 also played that night, but hindi na namin naabutan ni Sarah because we had to run to another commitment! :p 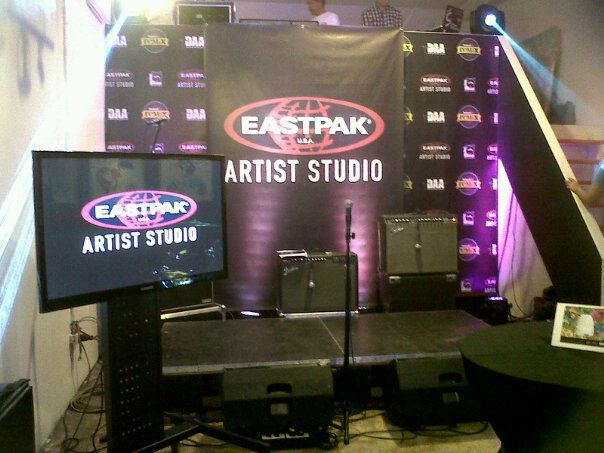 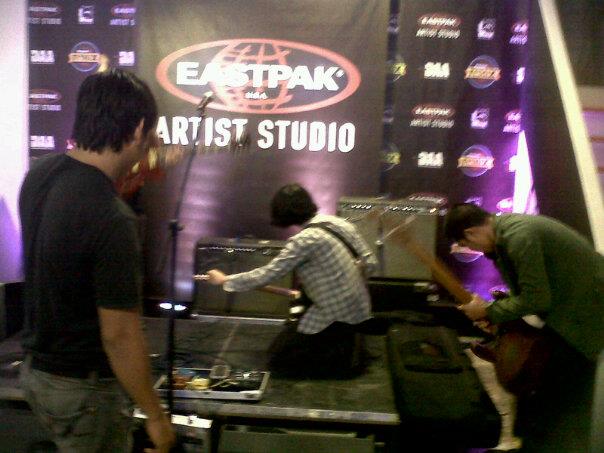 Eastpak and Bratpack Remix truly believe in the significance of creative expression and what its power shape and redefine the consciousness of the society. I love that Eastpak always collaborate with artists. Through the Eastpak Artist Studio, both brands get to support and nurture local artists in the country as well as contribute in a meaningful cause.
Congrats to the Eastpak and Bratpack teams! Special thanks to Primer Group's Ean Sanchez and Clang Antonio! :)

With my event partner, Sarah, before leaving my favorite place! :) 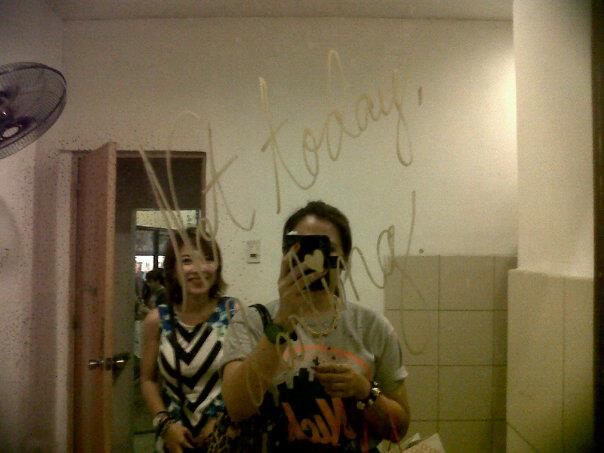