Had a blast yesterday when I went with the gang to the Sam Tsui and Kurt Schneider Manila presscon - meet and greet - fan girling! Wahahaha!

With Tracy and Christine: 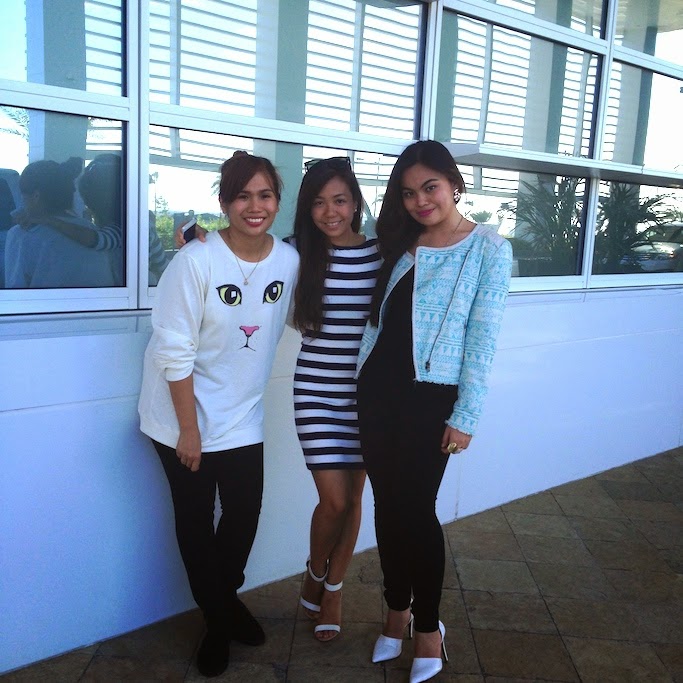 With Janine of Starmedia Entertainment, and an old friend of my younger sister: 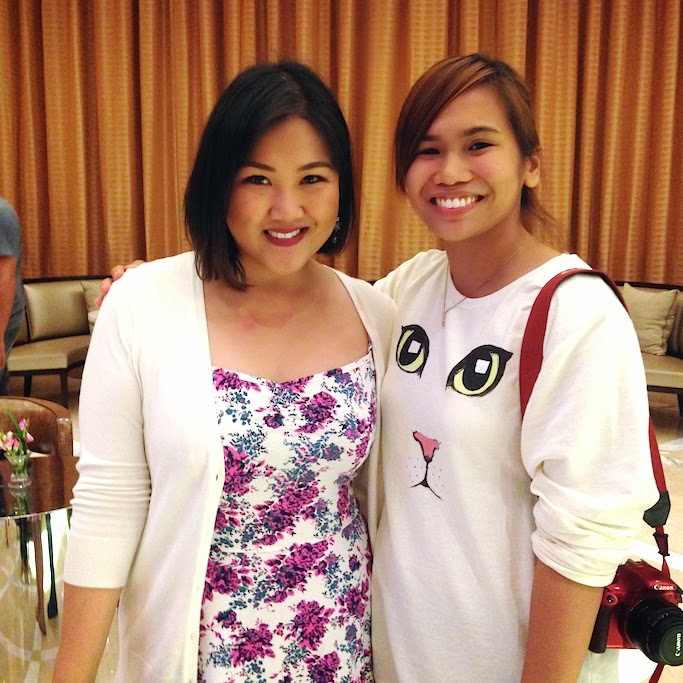 Program started with the opening act for the Asian Tour - Rita De Guzman: 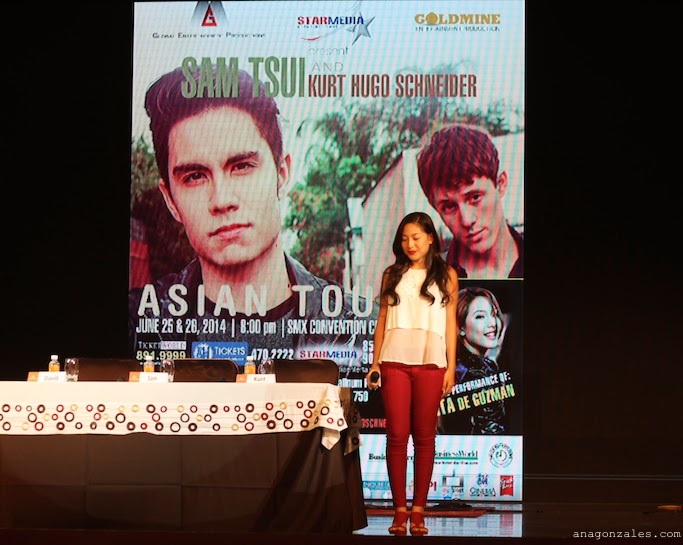 She sang a beautiful rendition of All of Me, the start of the many "So much feelz!" moments that afternoon: 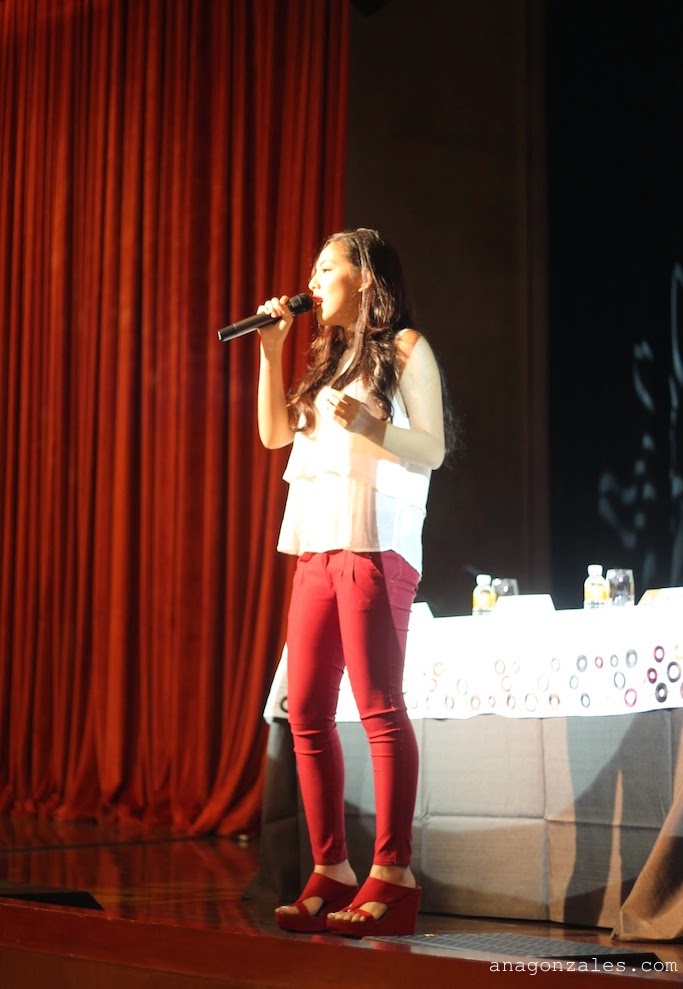 And then, the boys came to the stage! Tracy, Christine, Raiza and I went near the stage kaagad, haha! Wala nang upo upo! Lol! Sharing some beautiful quotes from Sam and Kurt during the fun interview session: 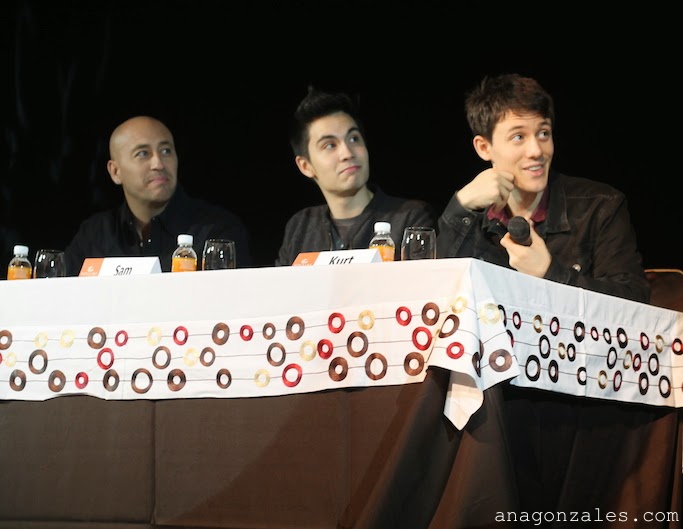 On Making A Hit Online Channel: "One important thing is consistency. When you are building a youtube channel, you have to build and follow up with consistent content that people will go back to your page. It's not just we're going to make one hit, we have to release another quality video the following week."

"We are very lucky that there are fans that love what we do. In the end, we just try to do what we love. If people like it, it's great!"

On Hate Comments: "It's the internet! The great thing is our fans will down vote it (hate comments). The fans are on top of the game." 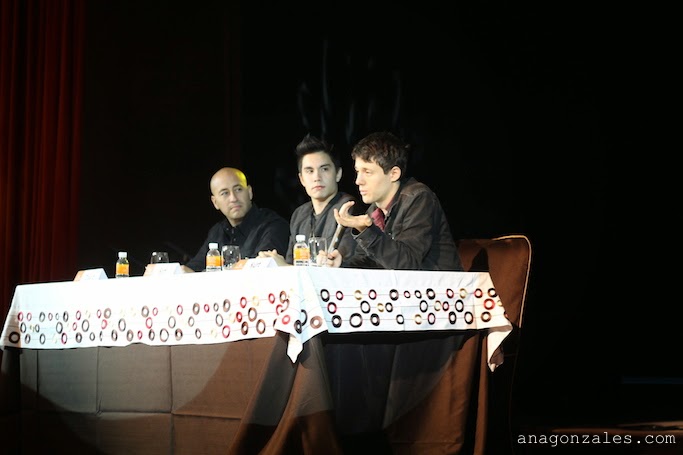 On Being One Tour: "Hardest part of being on tour is the fact that you can only bring little clothes with you." 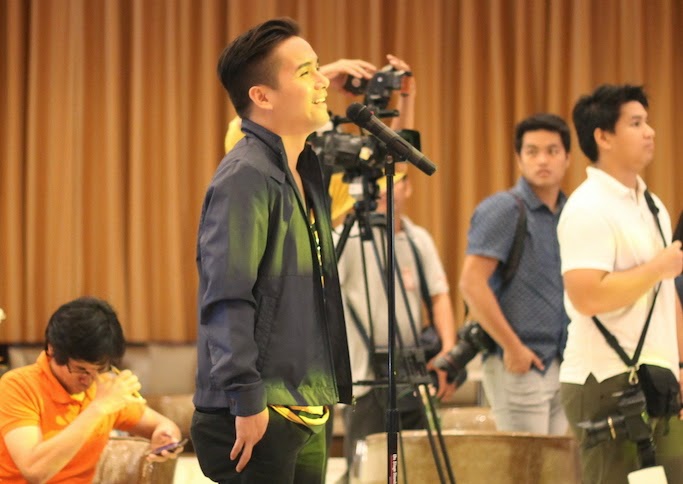 On Music: "Epicness. That POWER kind of stuff that is extravagant and cheesy. That's what I like about music, about 80s music."

"I guess the best advice, though cheesy, is to be yourself. People crave for real people." 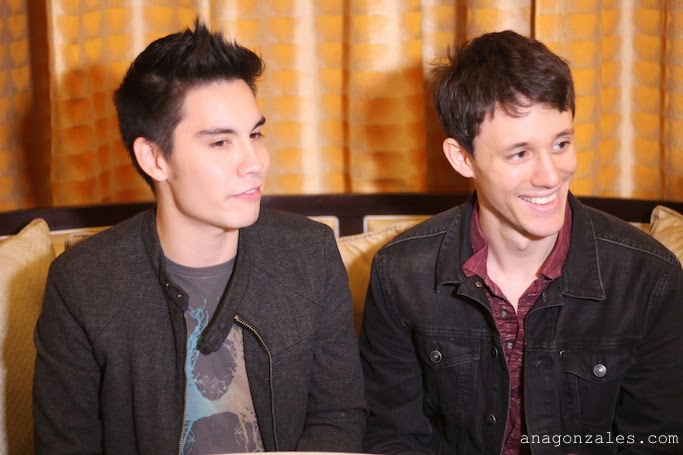 To be honest, I haven't encountered the duo before, Christine introduced me to them one afternoon during our Banzai Japanese buffet event (just recently!). I was seated next to her and she was checking her mobile Facebook, tapos bigla syang napa: Ay pupunta si Sam Tsui dito! And then I asked her sino yun, and parang familiar and nakita ko na somewhere lately. I checked my sister's friend's FB and there I saw na they're the ones bringing Sam and Kurt here.... and the rest is history!

The boys ending the presscon with a "sample" of what we will have on their concert on June 25 and 26! 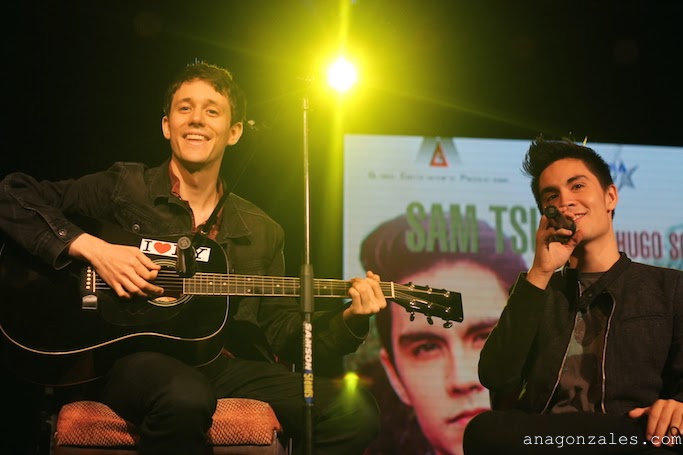 Although more known for their covers, they sang an original song titled Don't Want An Ending. I usually just document these things, but that time my phone died and hindi pa nagsstart the song. So I was there right in front of them, and had to really listen to a song for the first time. 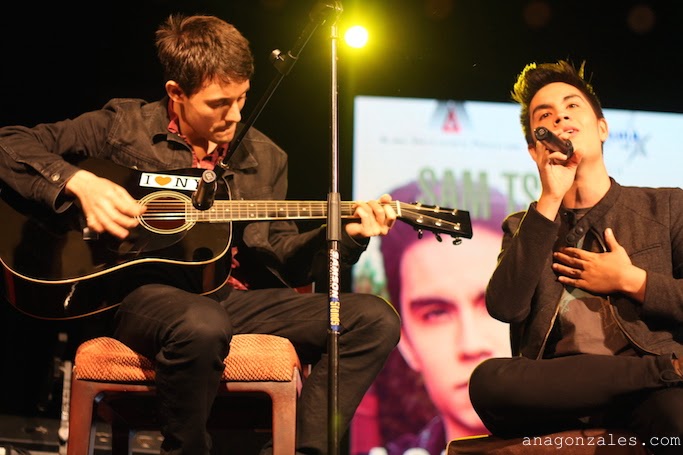 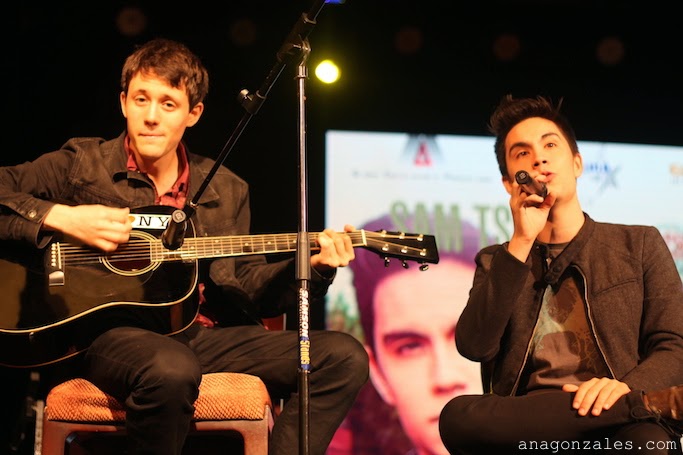 That was where I saw those "two boys who just love music". So much passion for their craft, and connection to their audience. And, of course, the song was beautiful! Yun yung "cheesy, extravagant, but real" Sam kept on repeating earlier during the q&a. 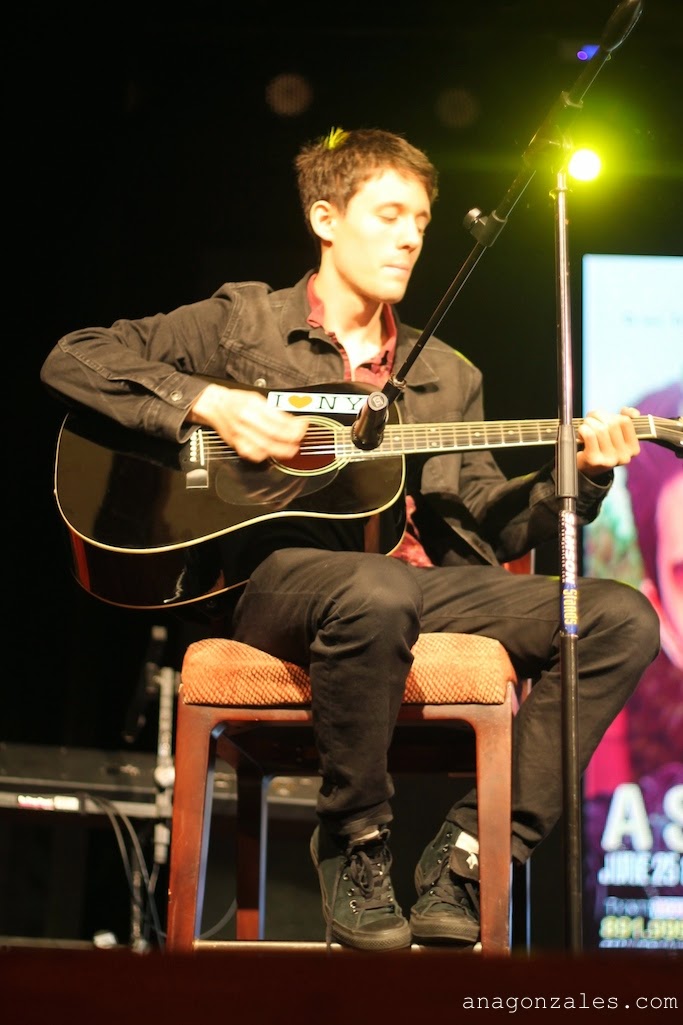 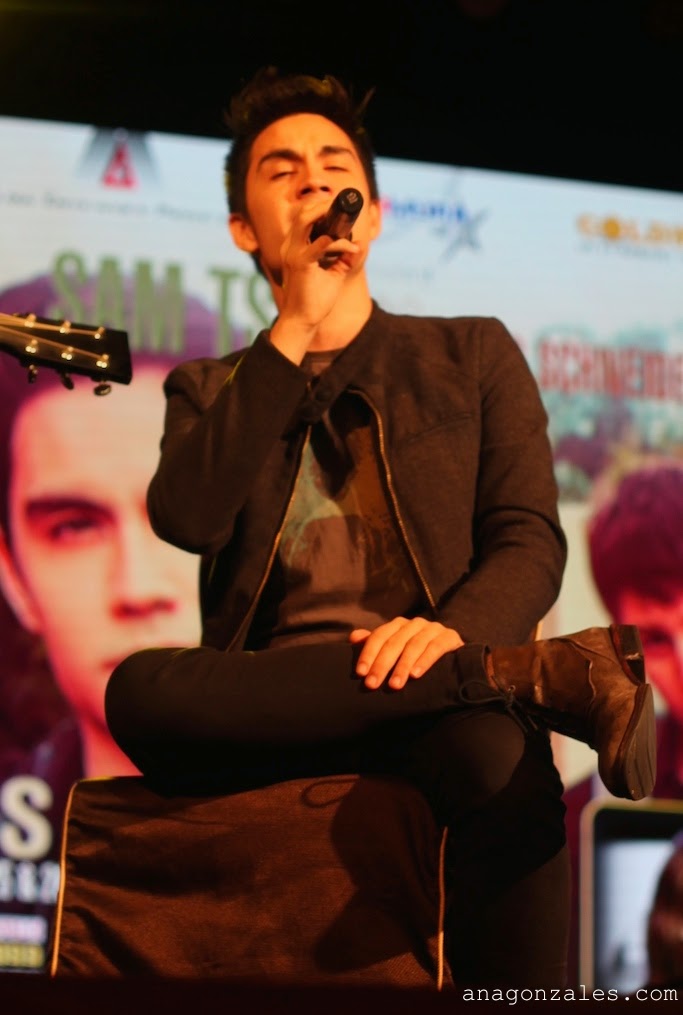 Huhuhu, the event lasted for a few hours lang, but they made me a "convert"! I am now a fan! Kept on listening to their songs last night, haha. Excited for the June 26 concert because I am sure it will be sooo much feels like the one I experienced yesterday. YOU can still get your tickets via SM Tickets or Ticket World! 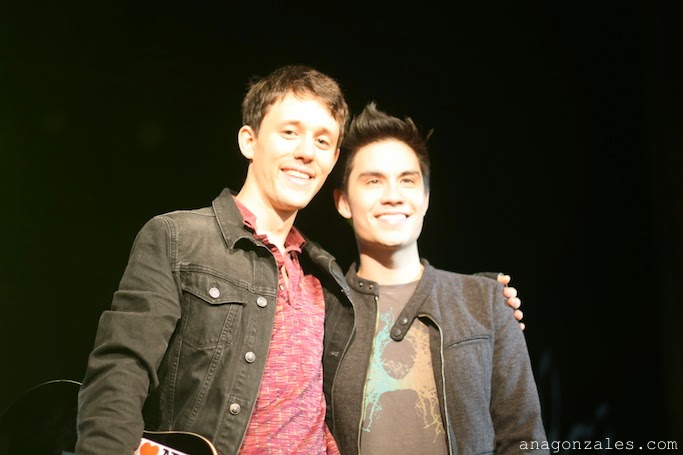 They're so down to earth and accommodating to everyone who asked for a picture, VIDEO, and an extra interview session with them! They also said "hi!" to our group every time they pass by our area, grabe! But my favorite part was when I had my photo with them and na "nice shirt!" nanaman ako! ;D They made my day, I can't imagine paano pa sa fan talaga?:) I am extra happy for my friends. :) 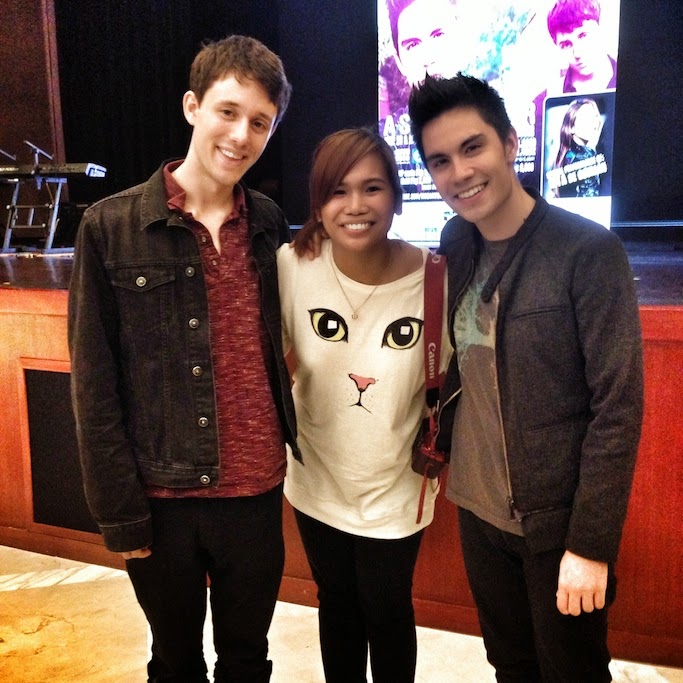