Cue in The Lego Movie theme song "Everything is Awesome"!

One of our ultimate game plan for this trip is Legoland Malaysia. They said that the theme park is just a bus ride away from Singapore, so we thought why not go to Singapore, Legoland, then fly to Manila via KL so we can also see the Petronas? Sobrang ambitious! 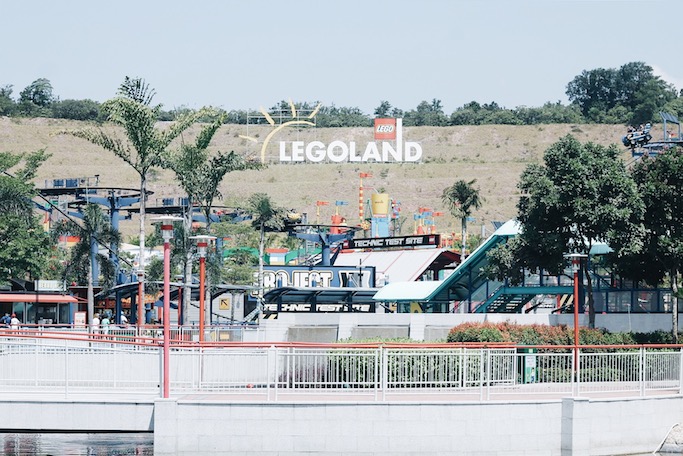 When I started my research, things got a bit messy. I realized that it will take hours padin from Legoland going to Malaysia's capital Kuala Lumpur. Anyway, it's a good thing we read up prior the travel date, akala ko naman kasi basta bus ride isa hanggang dalawang oras lang, lol. By reading online reviews, we've booked our bus tickets via http://easybook.com in advance (thanks Pax!), know where to go for our bus, and prepared na ako on the travel hours.

We left our hostel to the Singapore Flyer, where we claimed our WTS Bus Line stickers after showing our online receipts. The bus goes directly to Legoland in Johor Bahru, Malaysia, so sobrang convenient. As for the travel time, it only took us 1.5 hours, which already include the 2 immigration stops (instant tatak sa passport!). 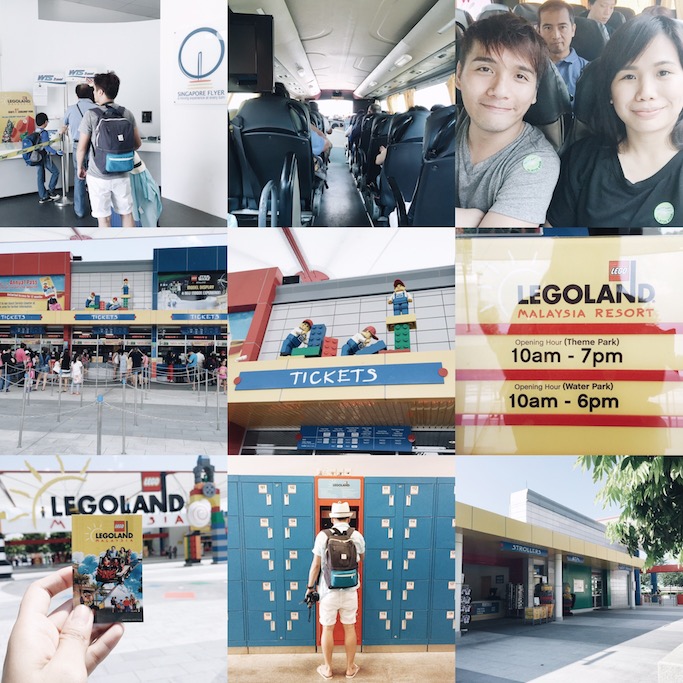 Since we came directly from Singapore (with all our maletas!), we still had no Malaysian Ringgit with us. Here's where Legoland proved their convenience: they accept ticket payments in Singapore Dollars! Other than that, they also have PLENTY of lockers where you can leave your bags. They even have lockers for big luggages. When we got there, all the big lockers are already full, but a Legoland staff approached us and told us we can leave our things at the Guest Service Counter - whew! Thank you!

For the forever hungry, they have a lot of food options in the park: from small stalls, The Cafe, an outdoor Asian Deli, and the huge Market Restaurant. During our visit, there were super konting tao that eating wasn't a problem. Super sanay nako na when it comes to theme parks, you have to fall in line to grab a snack or bottled water! 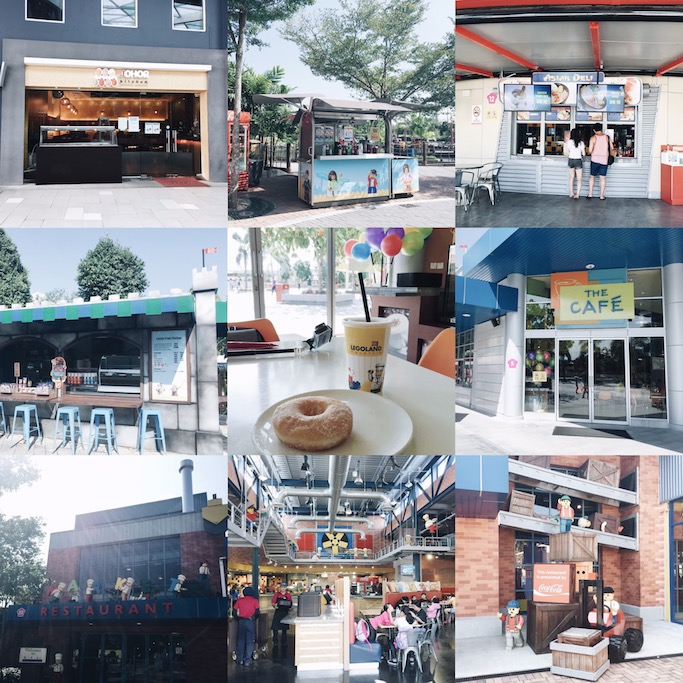 As for us, we ate our lunch first just across Legoland, before entering the vicinity. Johor Kitchen serves affordable but authentic Malaysian meals - nothing fancy, but pwede nadin (lamang tiyan, hehe). We also had coffee and donut at The Cafe... Super init din that day so we had several water breaks to hydrate.

Meanwhile, the park itself is a treat! We only got the pass for the Theme Park since we had no plans to get wet in the Water Park, so it cost us about Php 1800 only! For adults, it's nice to have a place where almost every turn and everywhere you look, you'll be visually entertained by your childhood toy dreams: there are lego houses, trains, signage, people and animals. Ang photogenic niya! 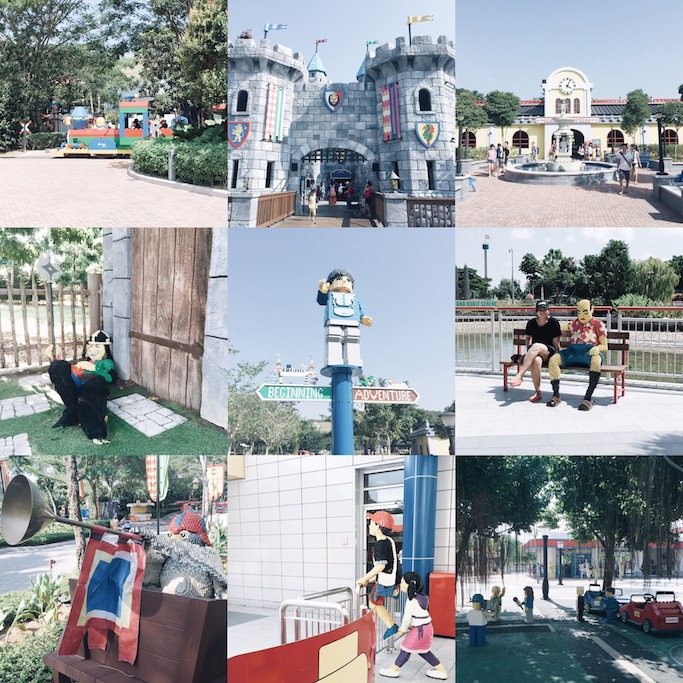 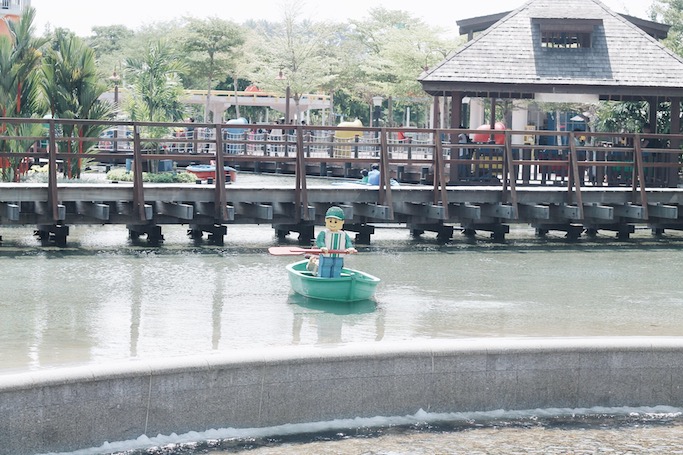 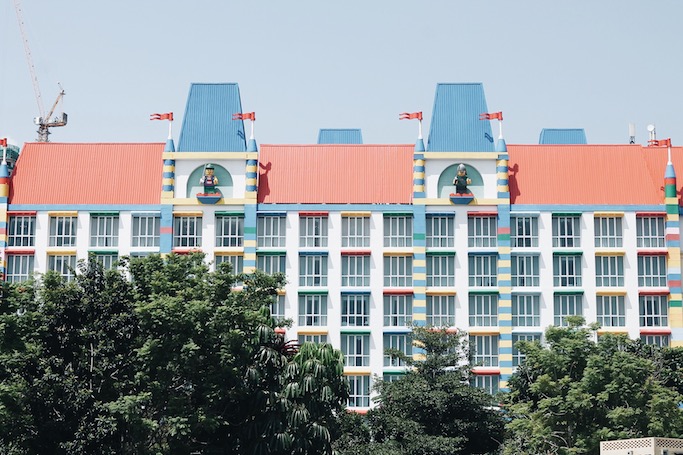 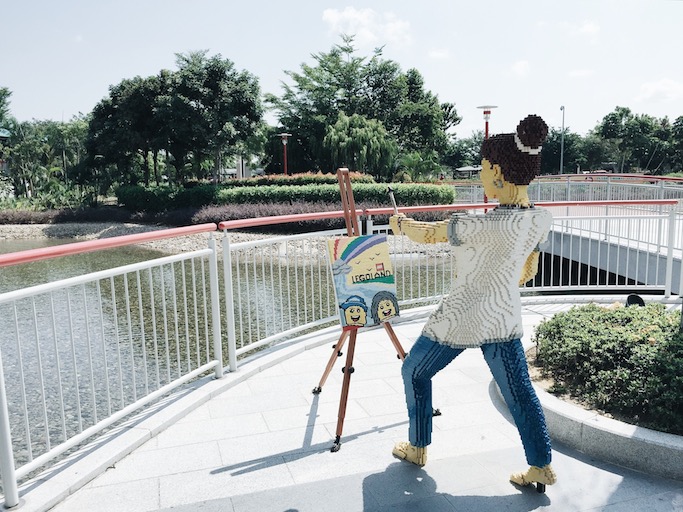 The entrance to the Legoland Express, where you can ride and tour the theme park in a Lego train! 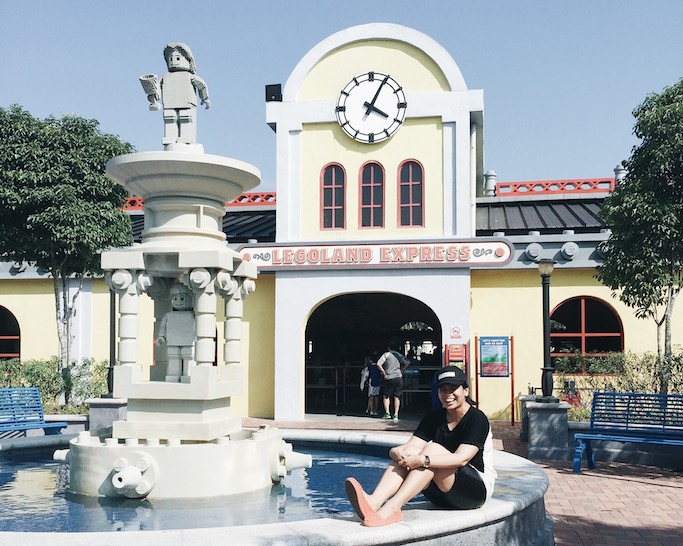 From a galaxy far, far away! Lego Star Wars Miniland is an indoor exhibition featuring scenes and characters from this classic film series. Upon entering, we watched a 5-minute animation film, the Lego Star Wars: Bombad Bounty, an intro to the museum. The displays are all very intricate, I heard that it took around 12 days to build just one of the models! Ang busisi! They also have a special Lego Star Wars souvenir shop at the end of the tour. 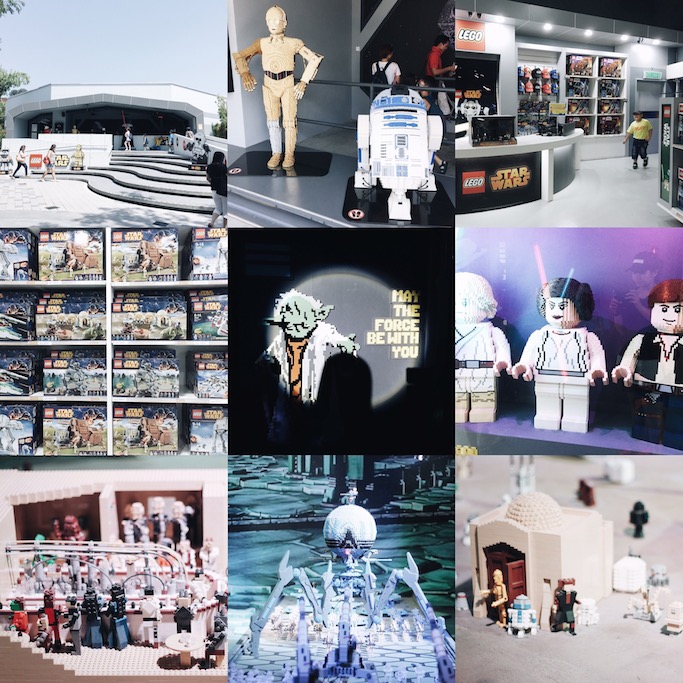 Speaking of souvenirs, there are 5 more shops worth dropping by while in Legoland Malaysia: the Mini Market, The Big Shop, King's Market, The Brick Shop, and the Adventurer's Depot. My favorites are the engraving services (a Lego keychain with your name!), the Pick A Brick (where you can purchase assorted Legos and components by weight), and the Build A MiniFig where you can customize a figure to look like, well, you. Haha! 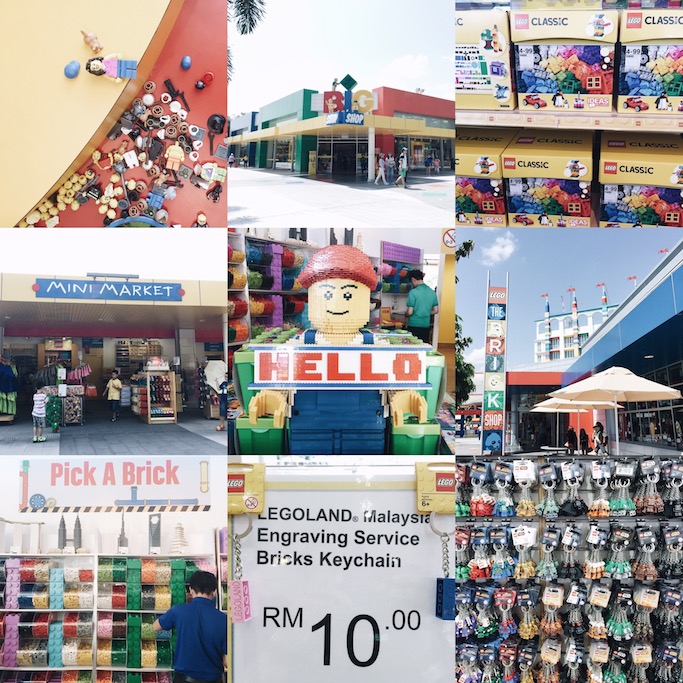 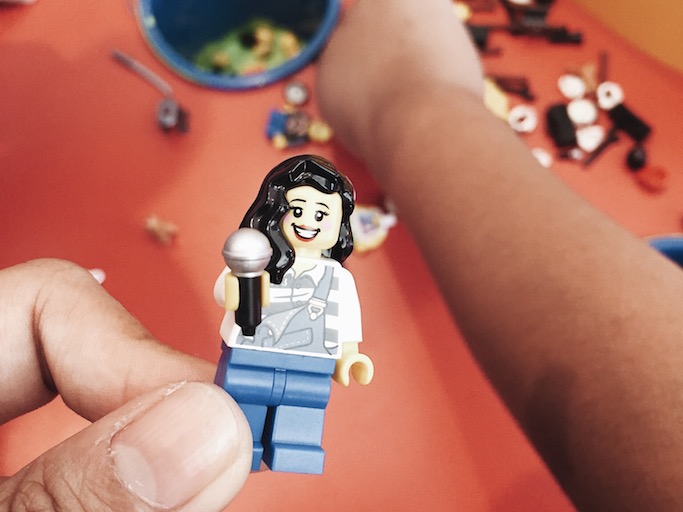 Another attraction for adults while in Legoland is the Miniland. We went through each section trying to figure out famous landmarks from around the world, all meticulously created with Lego bricks! This took three years and 30 million Legos to accomplish! 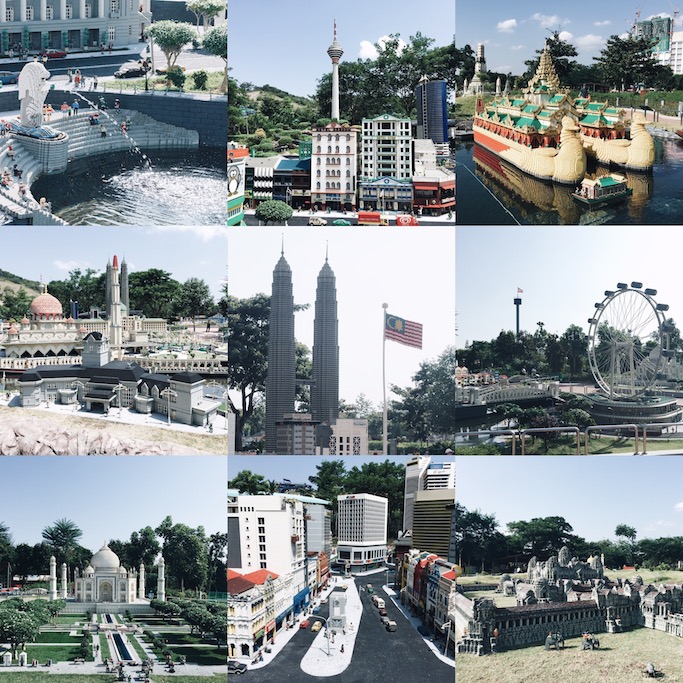 Aside from Singapore's Merlion, Cambodia's Angkor Wat, Malaysia's Petronas Tower, and India's Taj Mahal, is our very own spot in Legoland's Miniland. Philippines' representation is that of Bolinao, Pampanga's fishing town and their town church St. James the Great. I also spotted a Lego jeepney! 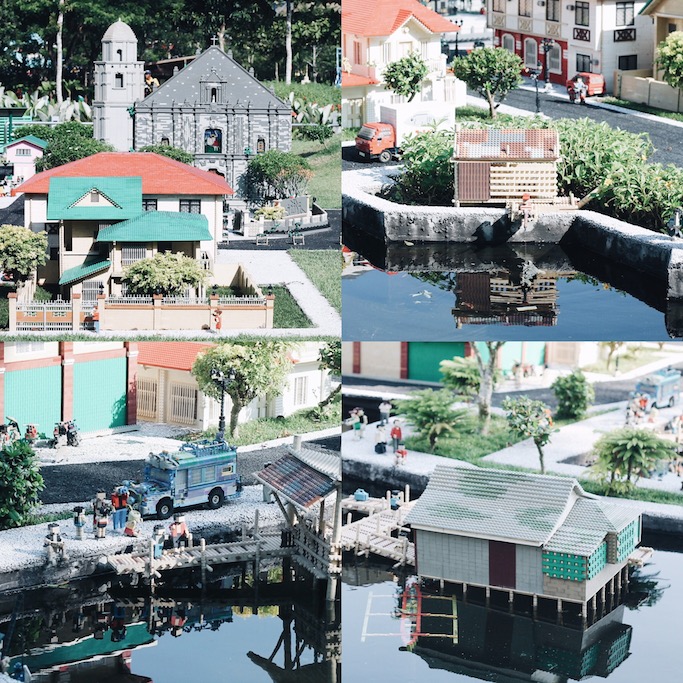 Of course, the rides! Most of the activities in Legoland are for kids, but I did enjoyed the Project X roller coaster! Even the car is cute, kaso mura ako ng mura (buti in Tagalog, haha!). They also have water rides, a 4D theater, the Lego City Stage, and an Observation Tower. 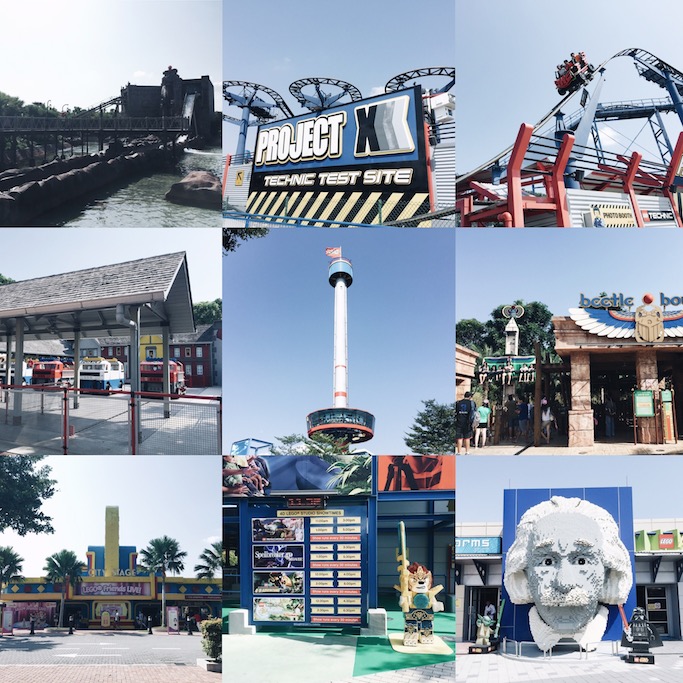 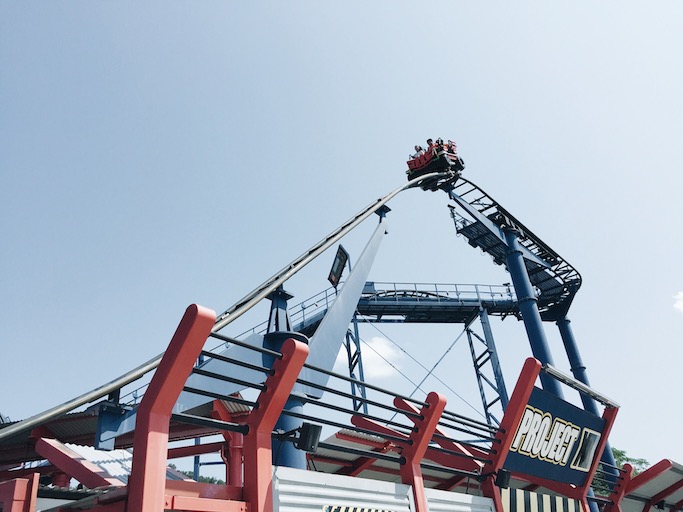 Lots to expect pa in the future: 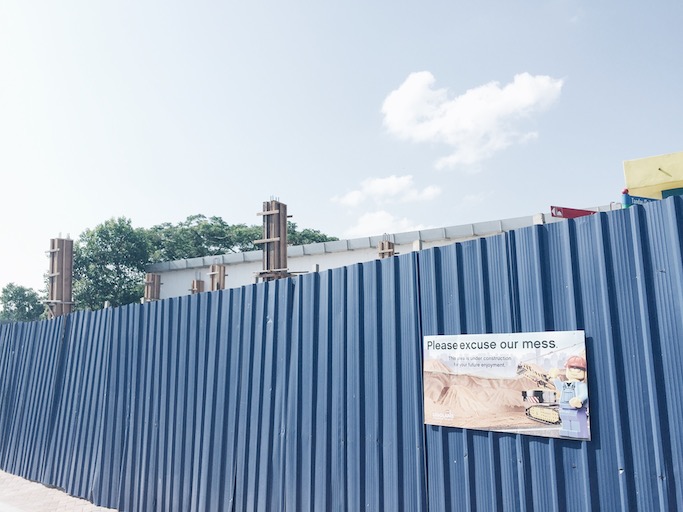 When we went to Legoland, it was super hot and humid. There are few shaded areas in the park at ang liliit pa ng trees, so make sure to bring your own umbrellas, hats, and SPF at nakaka heat stroke talaga. I think I turned one shade darker after this trip, hehe. Also, make sure to drink lots of water!

Other than that, I actually had a great time! It only took us 3 hours to go around the vicinity because of the short queues, and we were hoping to visit pa the Hello Kitty Land which closes same time (6pm) so we left Legoland early. Definitely a good deal for just Php 1800, but for me one visit is already enough. Unless I go back there in the future with my kids or something, LOL. 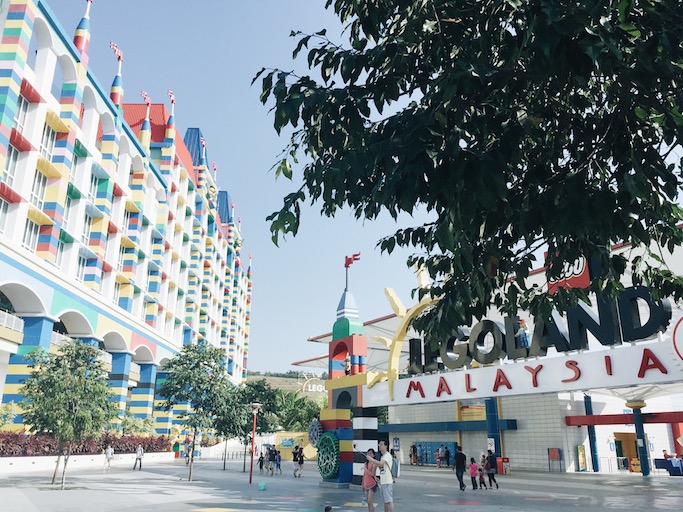 Like the movie, I think Legoland Malaysia is underrated. When you're there, it is actually a fun and inspiring place. I actually like that it has one central theme, unlike when I go to Universal or Disneyland, nalilito ako and naooverwhelm sa dami ng makikita! Kids also have the chance to create Lego figures while in the park--which is the main reason din naman why the brand is popular in the first place. Ever since, Lego incites creativity. Isn't that a nice thing in a world of video games and Internet entertainment? 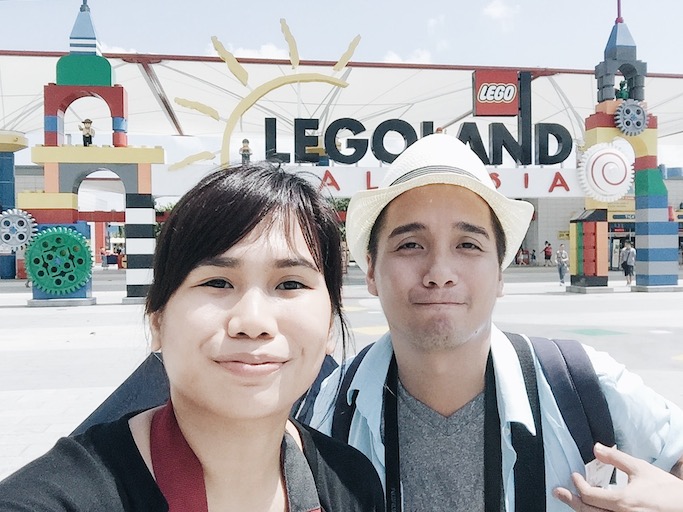