After Yeomiji Botanical Garden and checking out the popular museums in Jeju Island, I still had a few hours of sun before calling it a day. Sunsets were noticeably early in the island when I was there, and most of the establishments with entrance fees were already closed by 5pm.

Going to Hello Kitty Island, I decided to hail a cab. Kuya Driver, albeit our language barrier, suggested on more things that we can go to before I head back to my dormitory. He laughed when I relayed that I don't have any plans anymore. The only reason why I hailed a cab was because I don't know where the bus stop was anymore, and Hello Kitty Island is not walking distance from Jungnum Resort. I was lucky, he became my instant tour guide AND photographer for the rest of the afternoon! 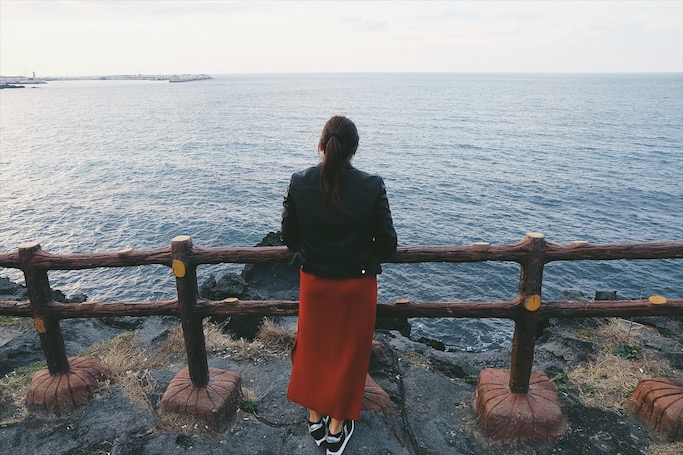 This is Kuya Cab, sorry forgot his name and lost his card even before stepping out of the taxi, huhuhu. We tried to small talk but had difficulty communicating. It's sad because it felt like we both still had a lot of things to say. Anyway, I can tell though that he's a nice person! 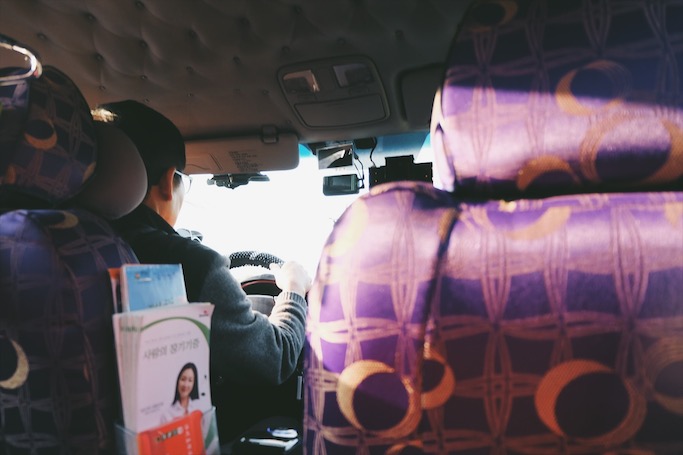 You can check out this Jeju Taxi Tour I found online, or try the Hop-On-Hop-Off Bus.

I read somewhere that Jeju is more than the museums that I went to, it is their beautiful outdoors that they are most proud of. I had a short one full day to spare, so I finished everything that's tabi-tabi lang. I kind of regret that I wasn't able to go to Jeju's mountains, parks, cliffs and caves. But I'd like to think that maybe in another opportunity, I will be able to go back to explore these and maybe even with a friend who will help me with my photos! Haha!

Again, thanks to my Kuya Cab Driver, I was able to get a glimpse of some of these popular Jeju spots. We drove through, pulled quick stop-overs for photo ops, on our way back to my dorm. 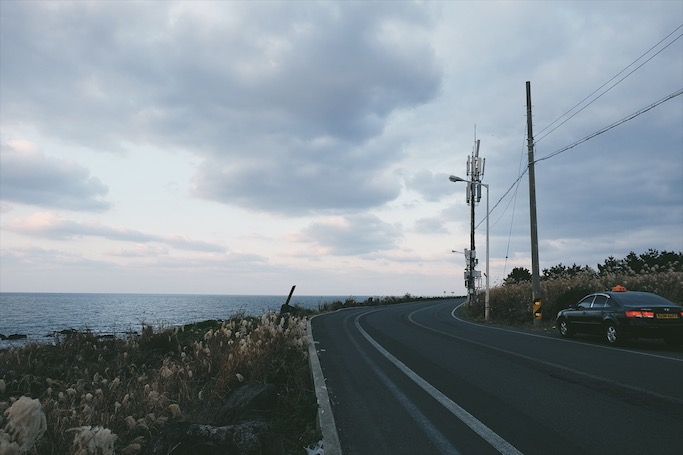 A view of Jeju's Mt. Hallasan, the highest mountain in South Korea: 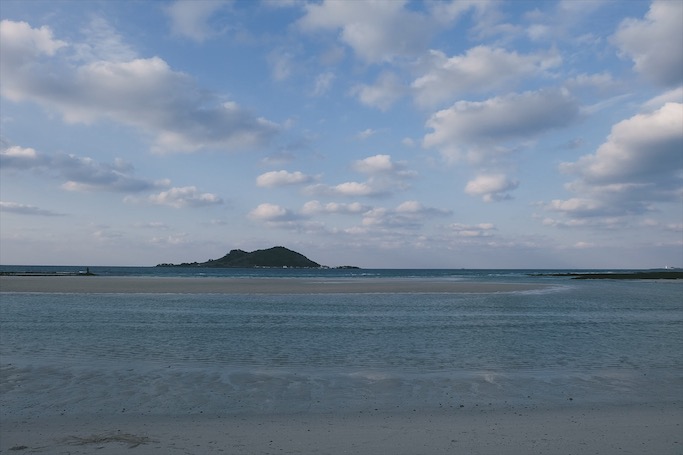 Air was cool, and it was nice, quiet and peaceful. Ang sarap pa huminga! Hehe! 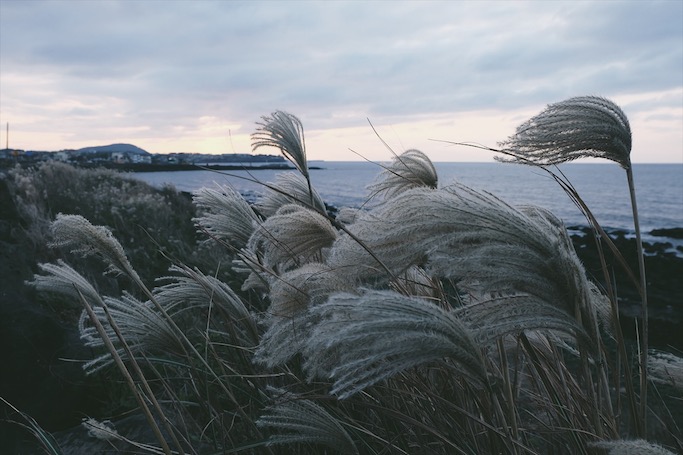 Thanks for the instant photo op, kuya! 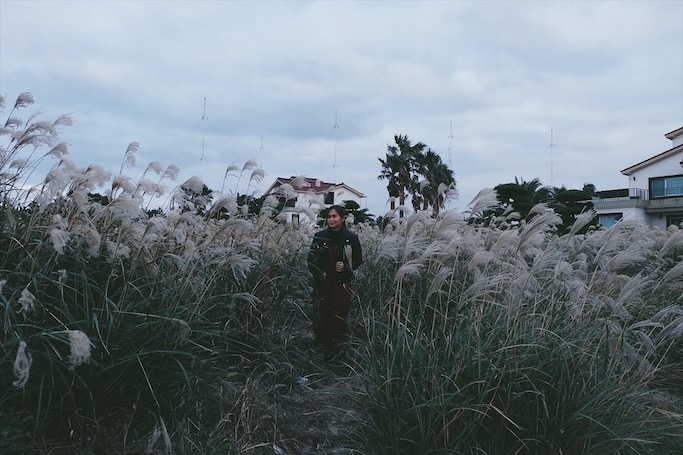 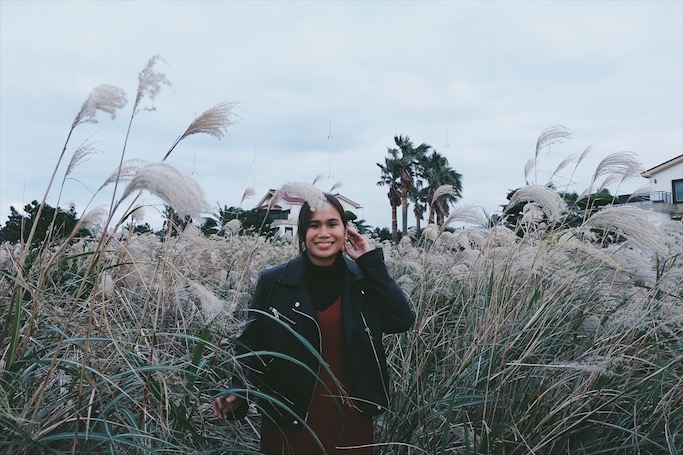 We stopped over two nearby beaches: the Geumneung Euddeum Beach and Hyeopjae Beach, which Kuya Cab described as "the best beach in the world!". 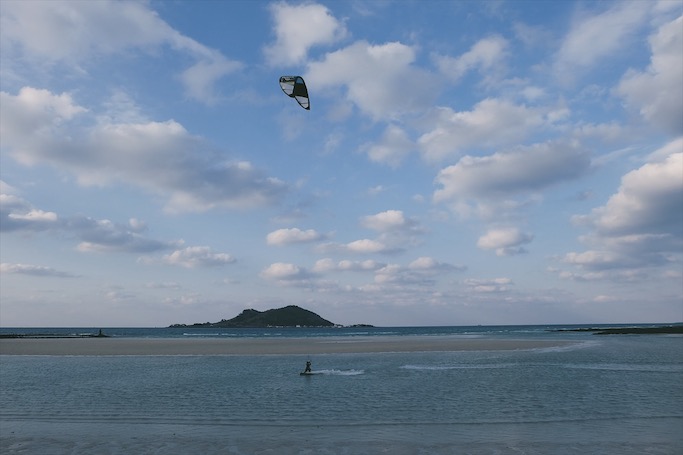 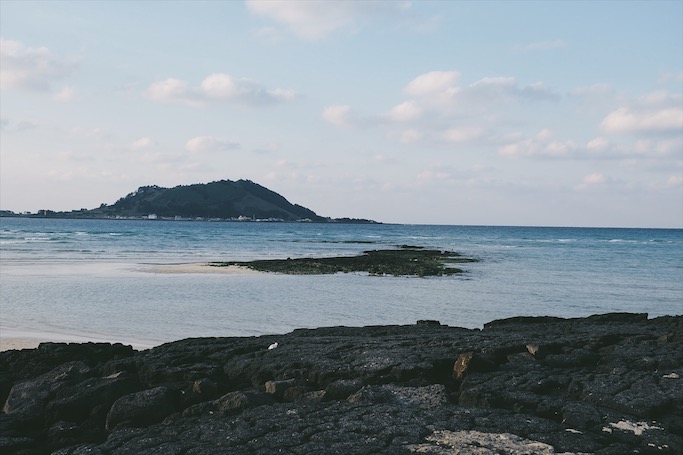 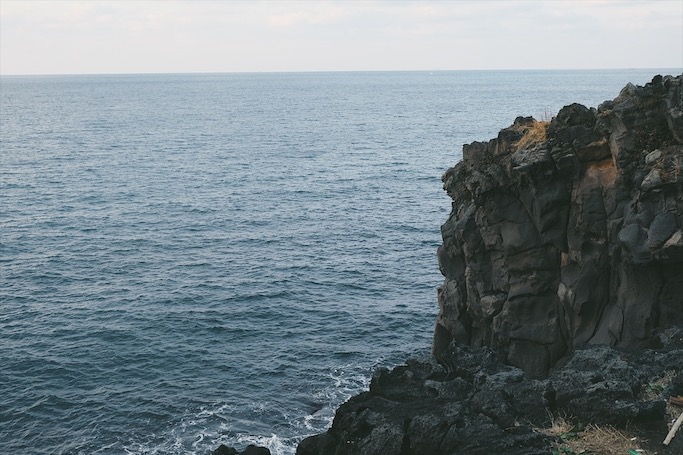 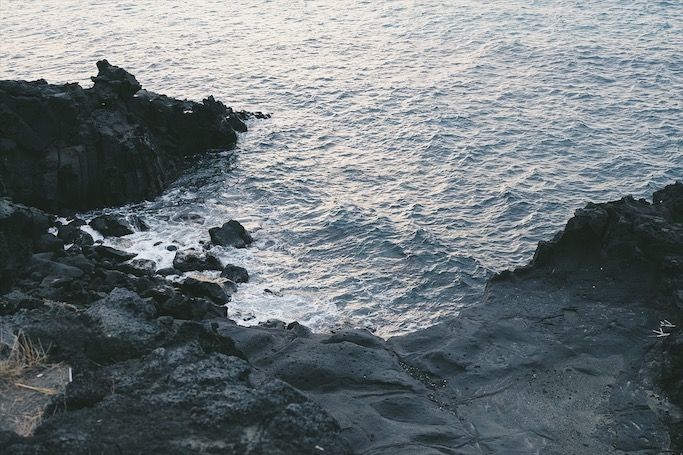 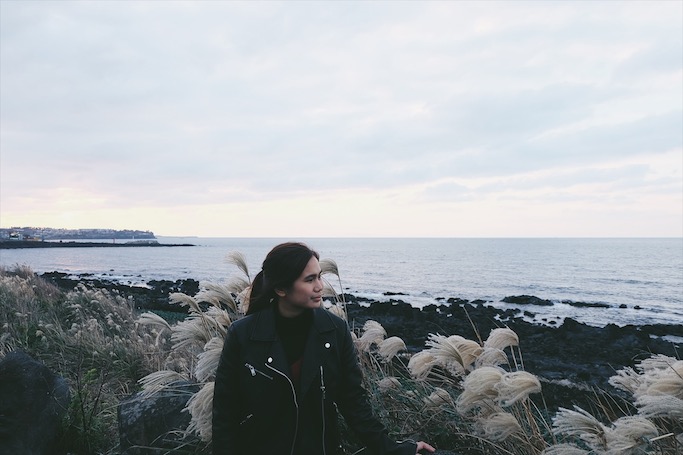 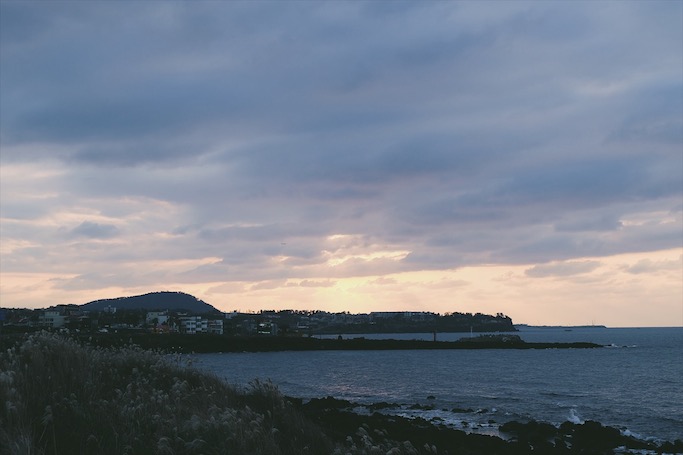 I was half-asleep when we reached the dorm, an hour or so away from the tourist spots (but 15 minutes lang to the airport). I dropped my shopping bags before heading out again to have dinner.

I used the suggested Mango Plate app to check out nearby recommended food places. I have NO IDEA what the name of the restaurant is (in Korean), but the app features a clickable Google Map so I can easily walk the route to my destination. 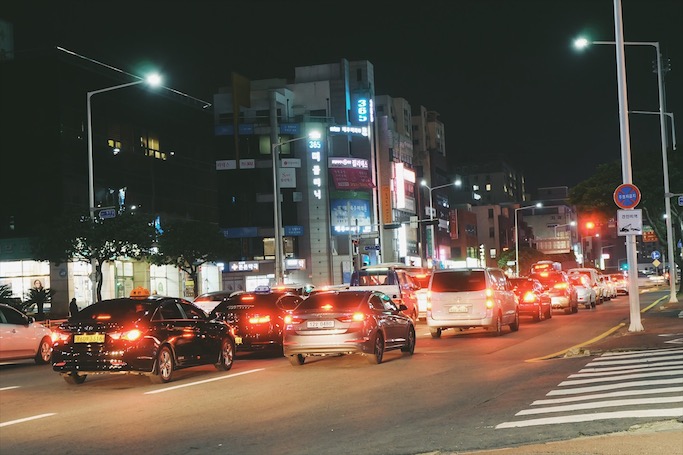 The place looks warm and homey, signed plaques were displayed on one side of their walls signifying that even popular people ate there already. Only a few were dined-in when I entered, it was around 7pm. But when I left, the place was bustling! 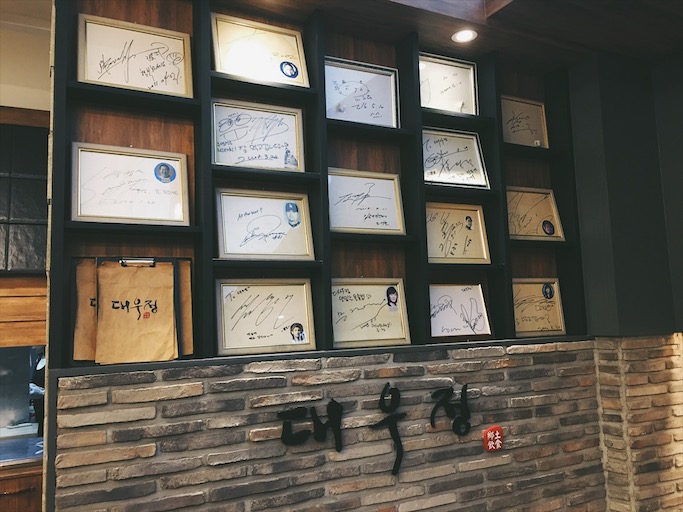 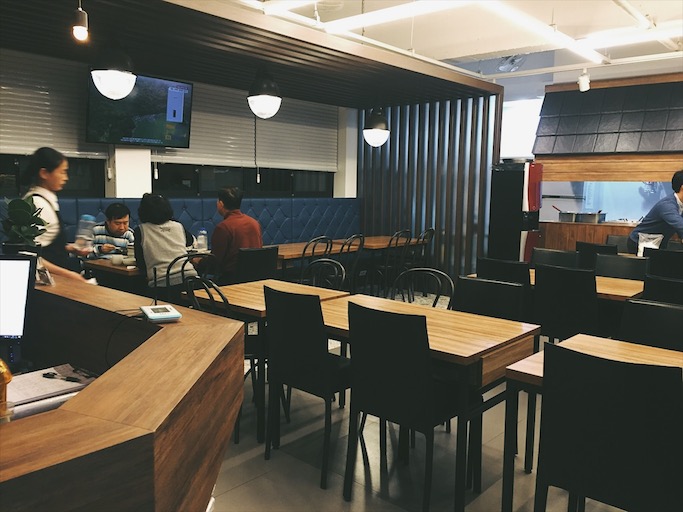 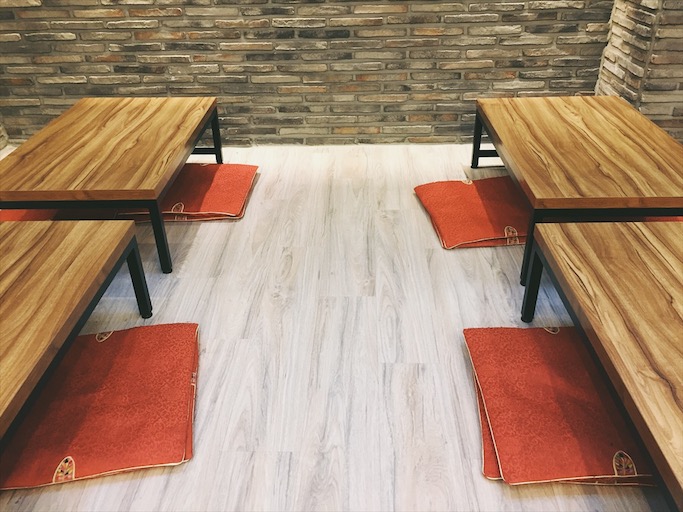 I ordered whatever vegetarian dish I saw in the menu, which is rice topped with tiny vegetables in stone pot. I was afraid that there won't be enough veggies, but to my surprise, I was served with plates and plates of side dishes! Haha! 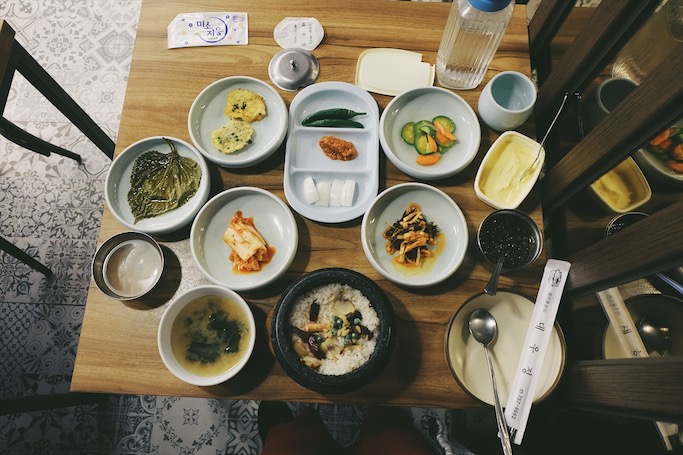 Welcome to Korea! Hahaha! Where you order just one meal, but get a table full of assorted dishes! 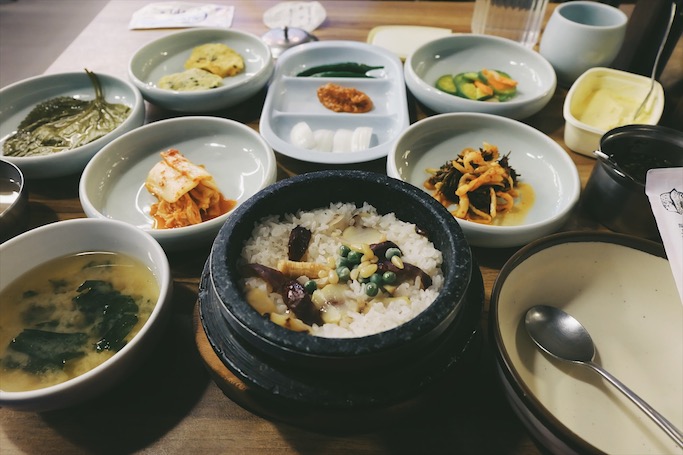 Nakakatawa, I was trying to eat the dish as is, kanin lang naman yan, Pinoy style! Hahaha! Then a bothered Korean oppa server approached me and taught me how to prepare and eat the Dolsot bap (돌솥밥, or hot pot rice). Super interesting!

I was still confused, but the rice tastes so nice and warm to my tummy. Googled about this dish now, and this one best describes that good meal I had on my last night in Jeju! Hay nakakamiss! 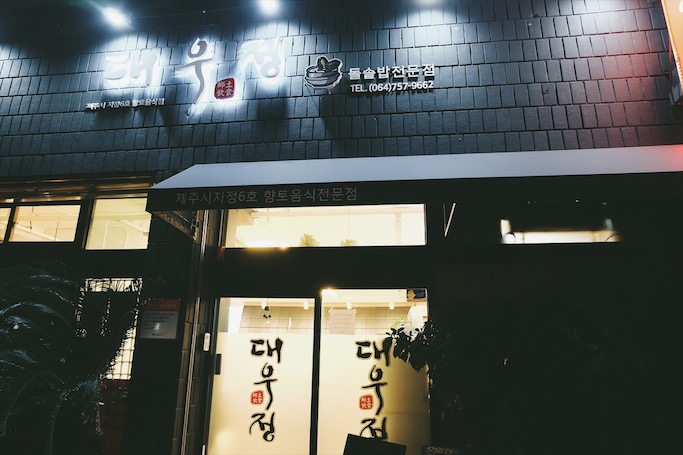